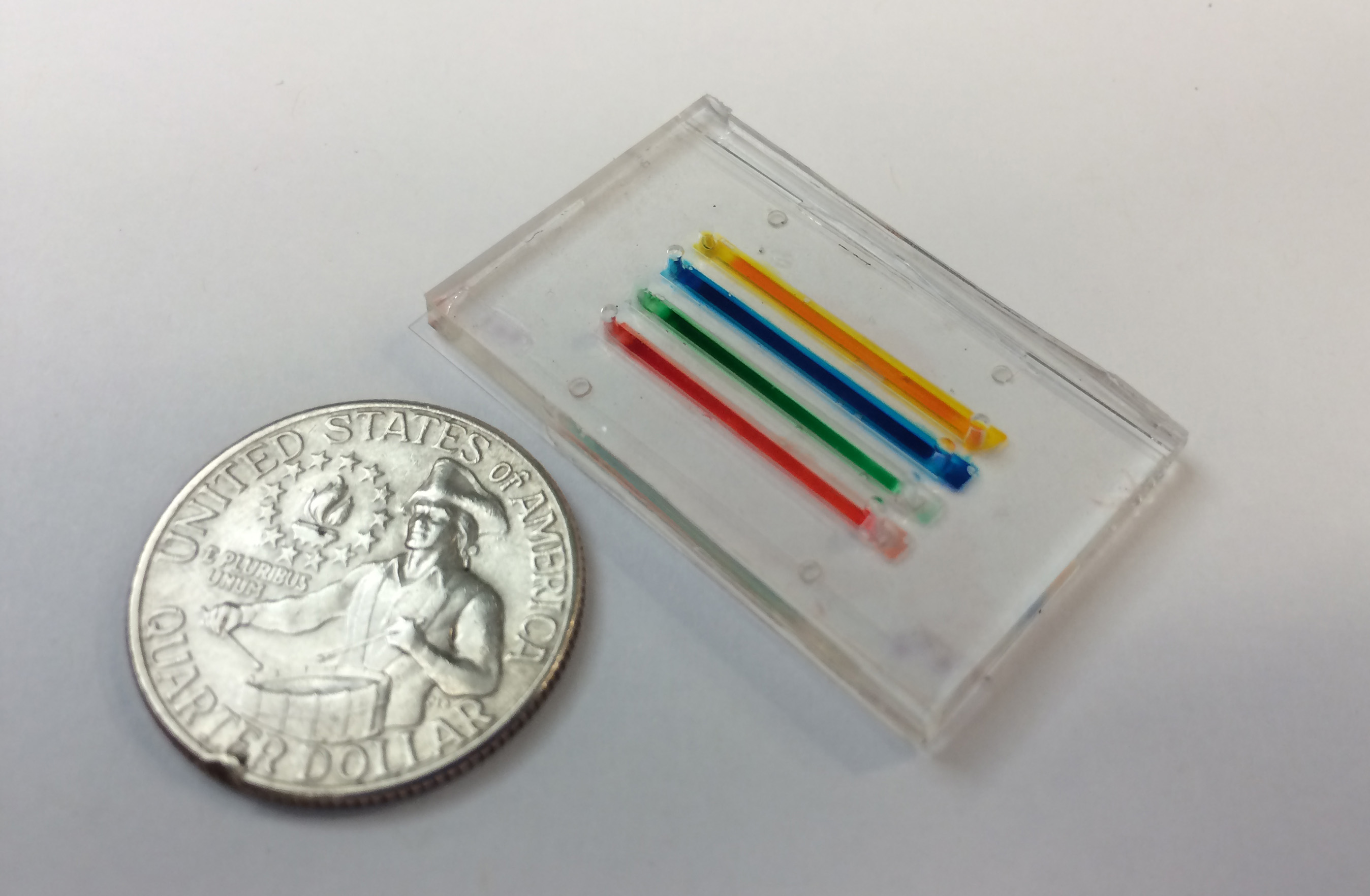 Bleeding disorders could one day be diagnosed by putting platelets through strength tests, researchers have proposed.

Biomedical engineers from Emory University and the Georgia Institute of Technology have devised a microfluidic testing ground where platelets can demonstrate their strength by squeezing two protein dots together. Imagine rows and rows of strength testing machines from a carnival, but very tiny. A platelet is capable of exerting forces that are several times larger, in relation to its size, than a muscle cells.

After a blood clot forms, it contracts, promoting wound closure and restoration of normal blood flow. This process can be deficient in a variety of blood clotting disorders. Previously, it was difficult to measure an individual platelet’s contributions to contraction, because clots’ various components got in the way.

The prototype diagnostic tools were described in Nature Materials in a paper published on Monday, October 10, 2016. The research was supported with funding from the National Heart, Lung and Blood Institute and the National Science Foundation.

“We discovered that platelets from some patients with bleeding disorders are ‘wimpier’ than platelets from healthy people,” says Wilbur Lam, an assistant professor in the Department of Pediatrics at Emory University School of Medicine and in the Wallace H. Coulter Department of Biomedical Engineering at Georgia Tech and Emory University. “Our device may function as a new physics-based method to test for bleeding disorders, complementary to current methods.”

The first author of the paper is David Myers, an instructor at Emory’s medical school. Lam is also a physician in the Aflac Cancer and Blood Disorders Center, Children’s Healthcare of Atlanta.

The scientists infer how strong or wimpy someone’s platelets are by measuring how far the protein dots move, taking a picture of the rows of dots, and then analyzing the picture on a computer.

The dots are made of fibrinogen, a sticky protein that is the precursor for fibrin, which forms a mesh of insoluble strands in a blood clot.

In addition to detecting problems with platelet contraction in patients with known inherited disorders such as Wiskott Aldrich syndrome, Myers, Lam and colleagues could also see differences in some patients who had bleeding symptoms, but who performed normally on standard diagnostic tests.