Rice University engineering students are charged with analyzing the massive stream of data from a single brain to find early signs of an epileptic seizure.

The students who call themselves the Pre-ictal Predictors are working with doctors at the University of Texas Health Science Center at Houston (UTHealth) and Memorial Hermann Hospital as part of a multiyear project. The ultimate goal is to provide patients with intractable epilepsy with neurostimulator implants that sense signs of a seizure during the pre-ictal phase — the time before the seizure happens — and stop it before it begins.

Intractable epilepsy affects almost 1 million people in the United States. Patients with intractable epilepsy, about 30 percent of those with the disorder, don’t respond to traditional treatments, and implants may offer relief, said Rice senior Michael Tsehaie.

They and teammates Emily Meigs and Victor “Forty-Two” Prieto are seniors applying their growing expertise in computational and applied mathematics, electrical and computer engineering and computer science to the problem. For them, it represents their senior capstone design project, required of most Rice engineering students. 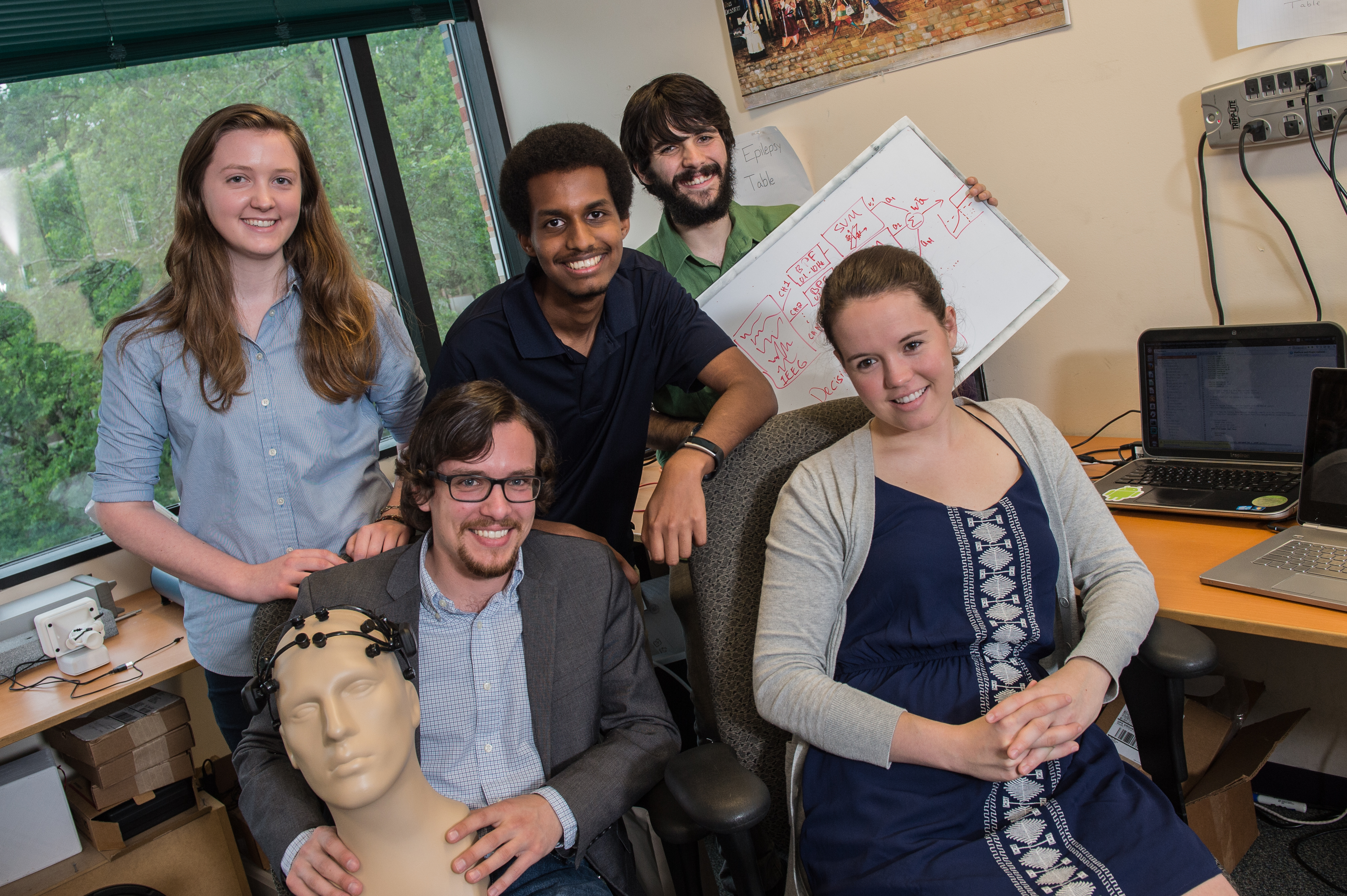 They are joined by juniors Sarah Hooper and Erik Biegert, both electrical and computer engineering majors. Hooper is also minoring in global health technology.

They are all part of a new initiative at Rice that recognizes the importance of continuity in student projects that cannot be completed in a single school year. The initiative, known as the Vertically Integrated Projects (VIP) program, allows non-senior undergraduates to work alongside seniors so that complex projects like the epilepsy neurostimulator can be continued in subsequent years.

Team members say the neurostimulator project will likely take many years to pay off for patients. The 2016 team’s contribution is software for brain-implanted neurostimulators that will charge its battery and transmit data wirelessly. The software is designed to work with chips that will sense an oncoming seizure and autonomously send tiny electric shocks to key regions of the brain to halt them. 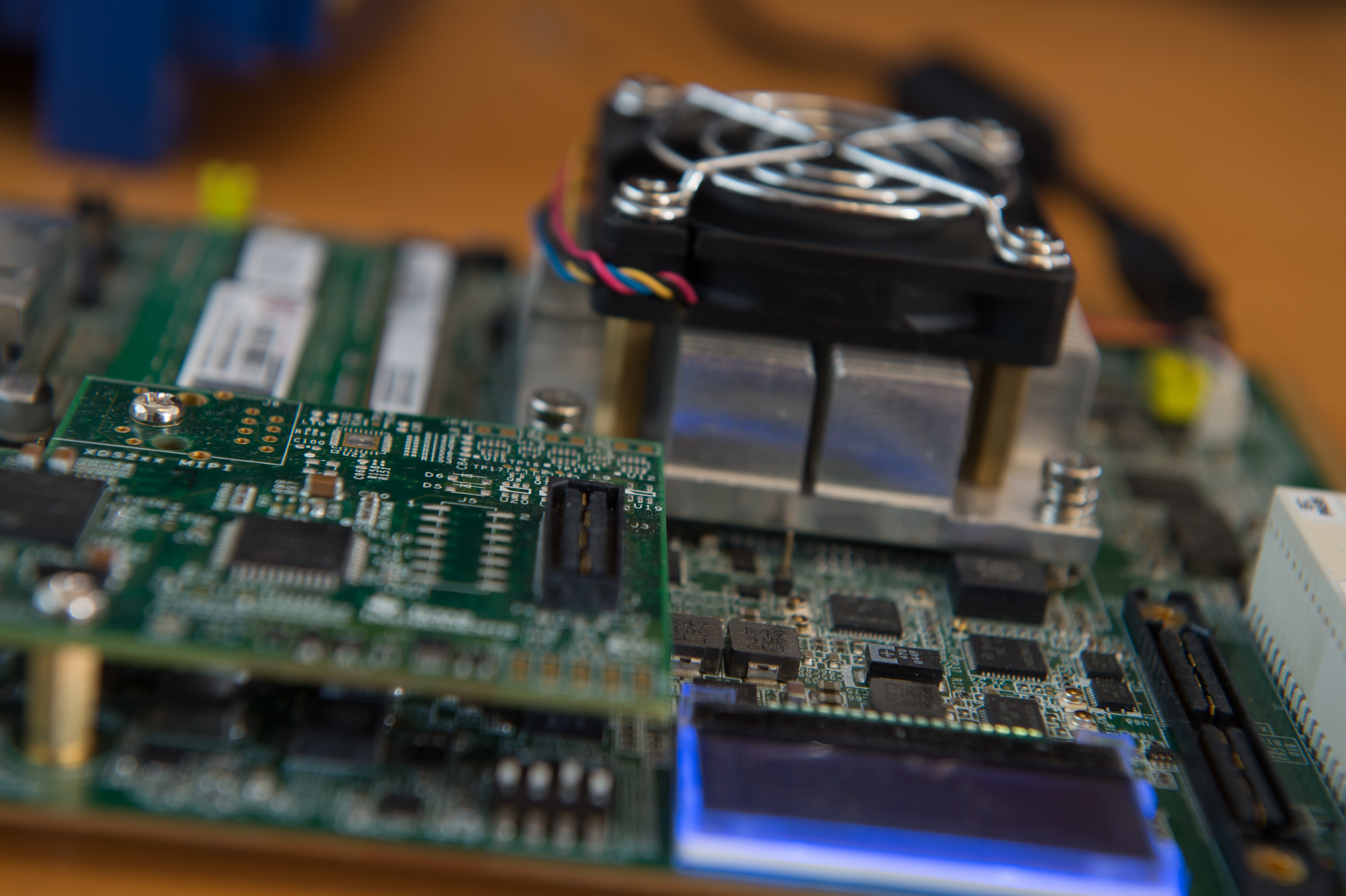 Rice University engineering students have designed an algorithm to analyze brainwaves for early signs of an epileptic seizure. The multiyear project intends to shrink the team’s hardware, above, into an implantable neurostimulator that can stop a seizure.

To test their algorithm, the students read brainwave recordings from patients of Dr. Nitin Tandon, the director of epilepsy surgery at Memorial Hermann’s Mischer Neuroscience Institute. While epilepsy patients are hospitalized waiting for surgery, Tandon monitors their brainwaves for up to two weeks. When the students get this data, it’s as though they’re monitoring patients in real time.

“We basically learn what their brain activity looks like in normal states — when they’re asleep, when they’re awake, when they’re walking around — so we know what it should look like,” Meigs said. “When a patient has a seizure, the data looks very different.”

One current treatment for intractable epilepsy patients involves removing the small part of the brain where a seizure originates. The Rice researchers hope their neurostimulators will make such surgeries obsolete.

The students built a macro-sized version of the device that analyzes 154 brainwave channels at 1,000 hertz and displays a visualization so the students can see telltale patterns of a seizure.

Prieto said having multiple channels makes it a “big data” problem. “We want to show we can analyze it in real time,” he said. “Not weeks, not even minutes. It needs to happen as soon as the data comes in, and that’s what we’ve done. We’ve implemented this with a very fast machine and shown it’s possible.” 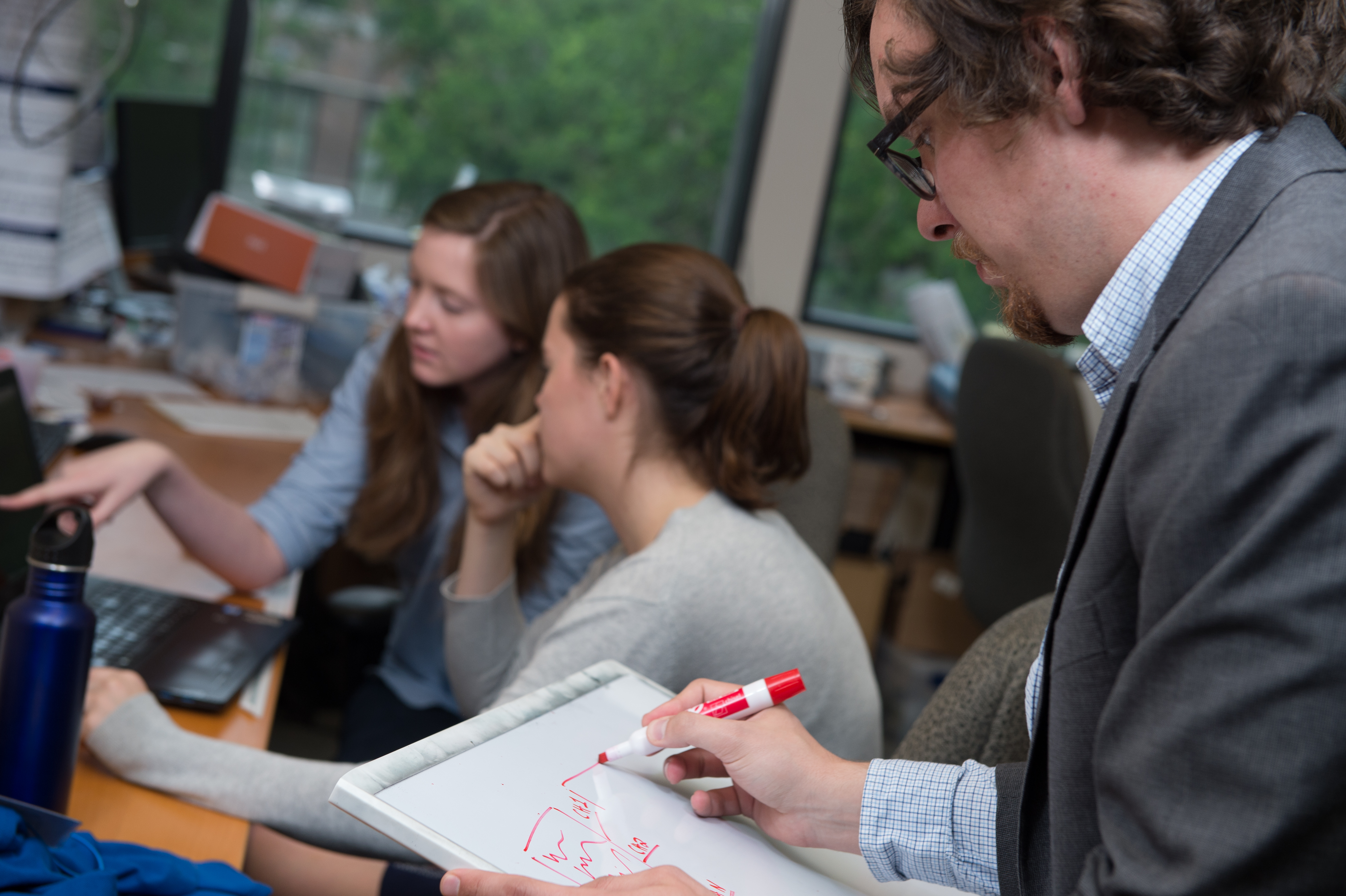 Rice University engineering students have designed an algorithm that reads 154 channels of brainwave data from patients with intractable epilepsy. The team is part of a project working to develop an implantable device that can sense and stop an epileptic seizure at its onset.

Harshaw noted the algorithm builds upon earlier work by Andrew Gardner at the University of Pennsylvania, who developed a seizure-analysis method using one channel of electroencephalogram (EEG) data. “We’ve extended his anomaly detection method to use many intracranial EEG electrodes, which allows for a more robust and personalized method,” Harshaw said.

The project has backing from the National Science Foundation through a grant awarded last year as part of President Barack Obama’s Brain Initiative. “The effort of the VIP students constitutes a big step in achieving the goals of the Digital Cure of Epilepsy project,” said faculty adviser Behnaam Aazhang, Rice’s J.S. Abercrombie Professor of Electrical and Computer Engineering. “The VIP program as well as the NSF-funded project are critical parts of Rice’s focus on neuroengineering.”