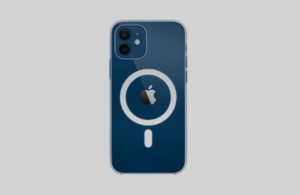 A new study in the Heart Rhythm Journal showed a magnetic charger for the iPhone 12 was able to deactivate a Medtronic implantable cardioverter defibrillator (ICD).

The iPhone 12 has a circular array of magnets deployed around a central charging coil, making it compatible with the company’s wireless “MagSafe” accessories, according to the study published Jan. 4, 2021. In the study, approved by an Institutional Review Board, researchers brought an iPhone 12 close to a ICD patient’s left chest area and noted that ICD therapy immediately stopped. “This was reproduced multiple times with different positions of the phone over the pocket,” the authors wrote.

The phone-to-ICD study was among the latest research report to surface regarding Apple products and ICDs. In a different study, published Jan. 8, 2021, a 55-year-old woman who had a Medtronic ICD implanted and wore an Apple Watch to bed to monitor her heart rate and activity received multiple alerts about “magnet mode activation” from her ICD during the night. The authors of that study found that Fitbit and Apple Watch wrist band magnets deactivated the ICD at distances of up to 2.4 cm and 2.0 cm, respectively.

“We hereby bring an important public health issue concerning the newer generation iPhone 12 which can potentially inhibit lifesaving therapy in a patient particularly while carrying the phone in upper pockets,” wrote the authors of the iPhone study. “Medical device manufacturers and implanting physicians should remain vigilant in making patients aware of this significant interaction of the iPhone 12 and other smart wearables with their cardiac implantable electronic devices.”

Apple’s website does warn about the possibility of iPhones causing magnetic interference with medical devices, such as pacemakers and defibrillators.

“Though all iPhone 12 models contain more magnets than prior iPhone models, they’re not expected to pose a greater risk of magnetic interference to medical devices than prior iPhone models,” the company says, cautioning customers to ask their doctors whether they need to “maintain a safe distance of separation between your medical device and iPhone.

“There are many types of medical devices, and manufacturers often provide recommendations on the safe use of their devices around wireless or magnetic products to prevent possible interference. If you suspect iPhone is interfering with your medical device, stop using your iPhone,” the company added.

For its part, Medtronic said in an email to Medical Design & Outsourcing that it has “analyzed iPhone technology and found that it presents no increased risk of interference with Medtronic implantable cardiac rhythm devices, such as pacemakers, implantable defibrillators (ICDs), and cardiac resynchronization therapy defibrillators (CRT-Ds), when used according to labeling.

“As a precaution, we advise patients implanted with cardiac devices to maintain a distance of six inches (15 cm) between all cell phones and their implanted devices, consistent with recommendations for other low-wattage electromagnetic devices. A recently published study did not follow this advice or the approved labeling for these devices in their methodology. When used as directed, there is no increased risk of interference.”

Medtronic added that it has built safeguards into its implantable cardiac devices to allow for normal daily interference; these safeguards include electronic filters that distinguish between natural heartbeat signals and other potential interference.