VolitionRx Limited today (20 April) announced that a single NuQ biomarker assay detected 71% of early stage I prostate cancer cases at 93% specificity. This is significantly higher than the most common blood test currently used to detect prostate cancer, the Prostate Specific Antigen (PSA), which is reported to detect 53% of prostate cancers at 73% specificity1. The study was conducted in collaboration with the Surrey Cancer Research Institute at the University of Surrey in the UK. The results are being presented today at the American Association for Cancer Research (AACR) Annual Meeting in New Orleans, LA. 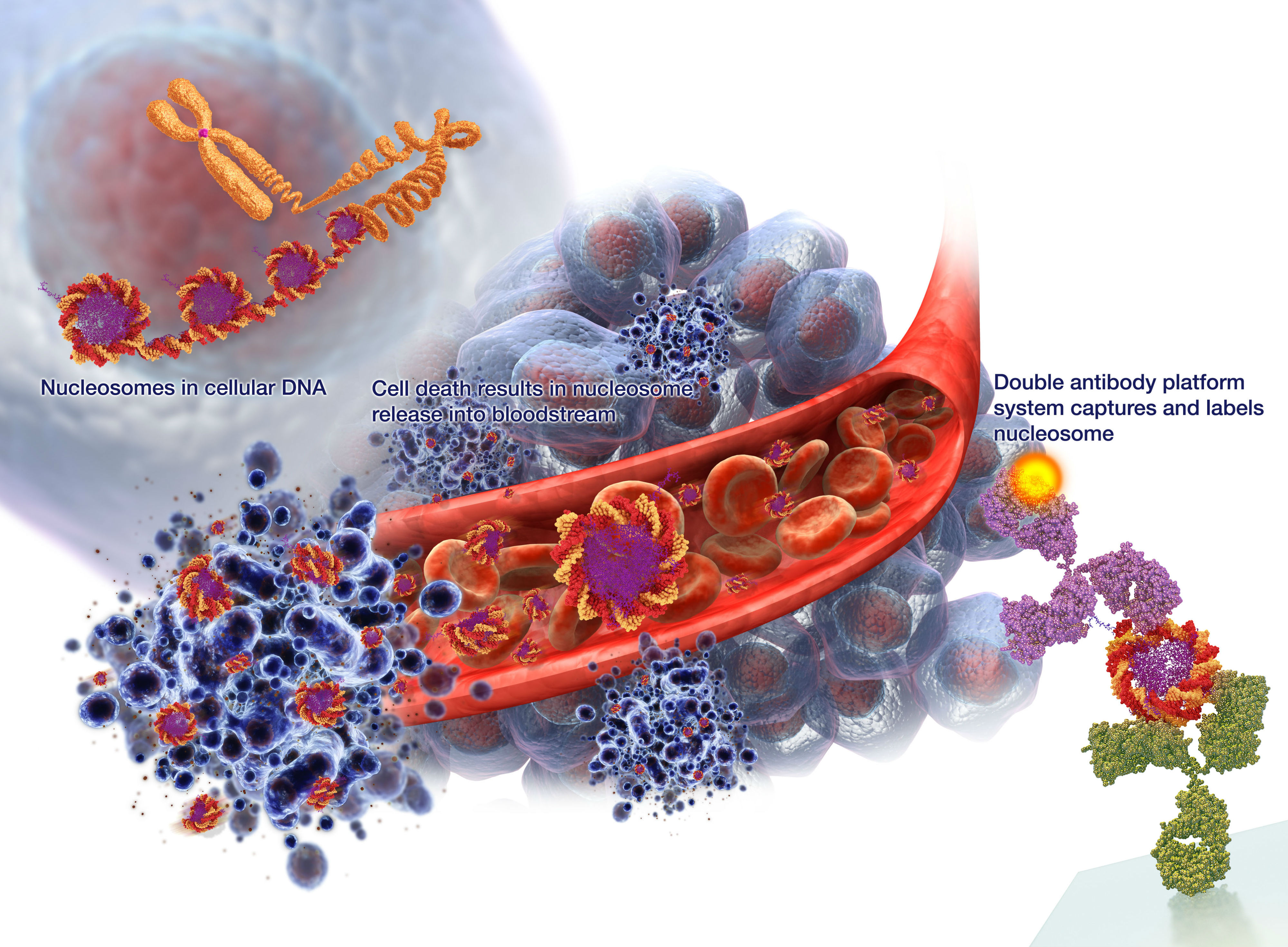 Since 2012, the United States Preventative Services Task Force (USPSTF) has recommended against PSA based screening for healthy men and called for research to identify new screening methods4. Nonetheless, the PSA test is commonly used for patient monitoring and other purposes because it is a low-cost, non-invasive test that is easy to use for the patient. Like VolitionRx’s NuQ biomarker assays, the PSA test requires a small amount of blood and uses a common screening platform, known as ELISA, that is ubiquitous in healthcare laboratories worldwide. However, sensitivity and specificity of the PSA test remains less than optimal.

VolitionRx has performed a retrospective study on blood samples collected from 537 men, including 266 with prostate cancer and 271 age-matched healthy controls. The samples were analysed with a single NuQ biomarker assay, which detected 71% of early stage I prostate cancer cases and 86% of late stage IV prostate cancer at 93% specificity (7% false negatives). Details of the data presented at AACR can be found here.

Prof. Hardev Pandha, Director of the Surrey Cancer Research Institute and Professor of Urological Oncology at the University of Surrey, said, “This NuQ biomarker study has shown very encouraging results in this patient cohort. Further studies are needed but the test may potentially have uses in detecting and monitoring men with prostate cancer.”

VolitionRx Chief Scientific Officer, Dr. Jake Micallef, commented, “This single NuQ biomarker assay has shown great potential for high accuracy in detecting early stage I prostate cancer. The ability to detect early stage prostate cancer at significantly greater sensitivity than the PSA test with a simple ELISA blood test is a remarkable breakthrough. The accuracy of this single NuQ test may be further improved by use of a combination of NuQ tests in a panel with PSA and this, plus the usefulness of the test for monitoring treatment, will be a focus of future studies by our team. The achievement of high accuracy with a single assay, rather than a panel of assays, is the result of the increasing insight of VolitionRx in predicting and identifying NuQ markers for the detection of specific cancers with high sensitivity and with very few false positives.”

Cameron Reynolds, Chief Executive Officer of VolitionRx, added, “VolitionRx’s NuQ biomarker assay uses the same ELISA platform as PSA that is ubiquitous in healthcare laboratories worldwide and is a similarly low cost, non-invasive test and also requires very little blood. Over the coming months, we will conduct further clinical studies on this NuQ biomarker assay, in parallel with pursuing CE marking. With the highly-encouraging results from this study, we are currently aiming for VolitionRx to launch a prostate cancer test for clinical use in Europe in 2017 and start U.S. trials following the commercial launch of our blood test for colorectal cancer towards the end of this year.” 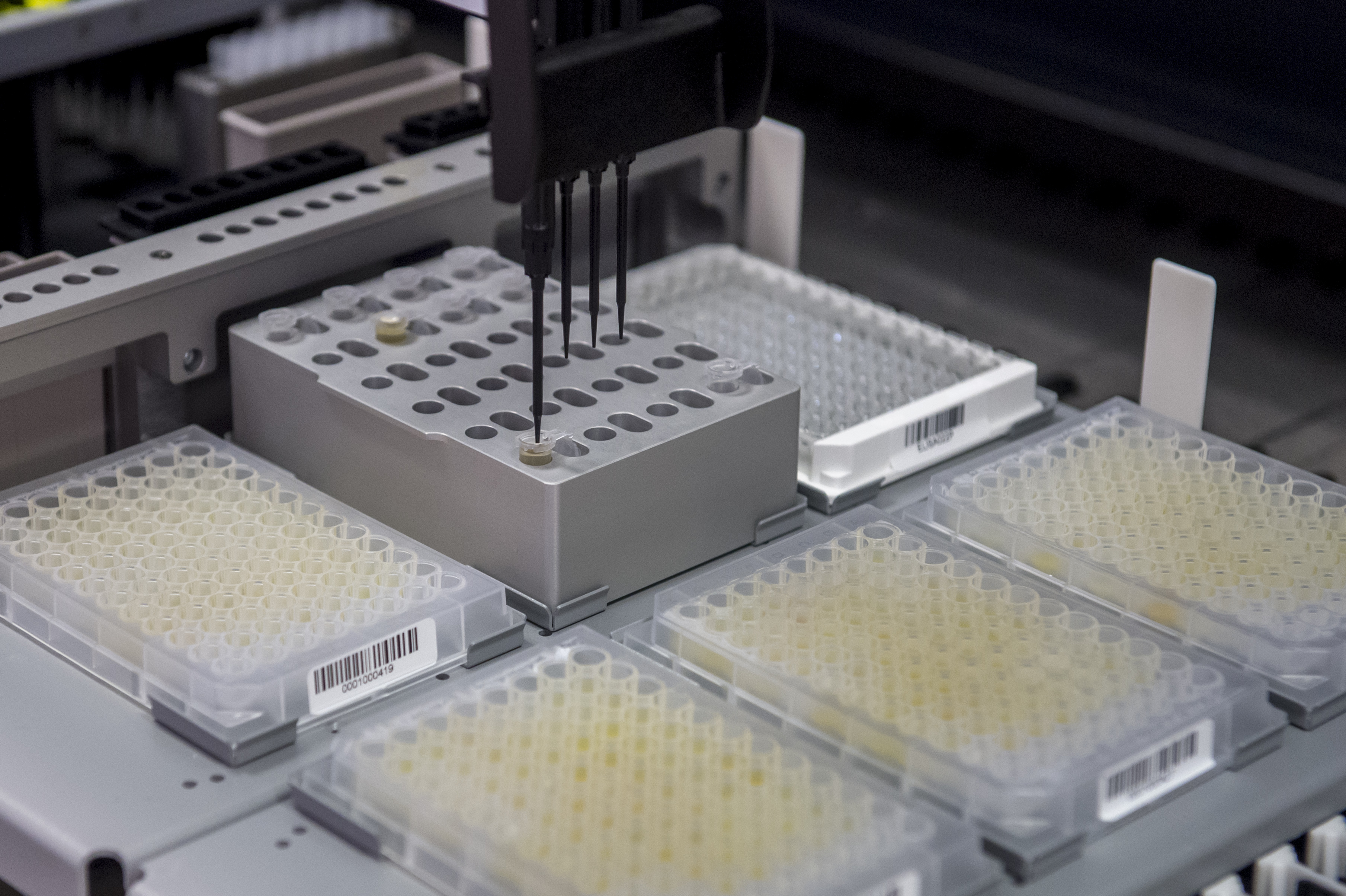 Results from on-going clinical trials assessing the effectiveness of VolitionRx’s biomarker assays, include: