Medical bills can push patients over the financial cliff, but a new study says this may not happen as often as previous research suggests.

Hospitalizations cause only about 4 percent of personal bankruptcies among non-elderly U.S. adults, according to an analysis published Wednesday in the New England Journal of Medicine.

This contrasts with previous research by former Harvard professor and current U.S. Sen. Elizabeth Warren and others that pointed to medical reasons as the trigger for more than 60 percent of U.S. bankruptcies.

In the new study, researchers tracked the credit reports of more than a half million adults under 65 in California who had a hospitalization between 2003 and 2007 that wasn’t tied to childbirth. They found that hospitalizations clearly forced some patients into bankruptcy in the years following their stay, said study co-author Matthew Notowidigdo, a Northwestern University economist.

It just may not happen as frequently as the other research indicates.

“What causes bankruptcies is still somewhat unknown, but it appears that medical expenses are responsible for a much smaller share of them than previously thought,” said co-author Raymond Kluender of the Massachusetts Institute of Technology. 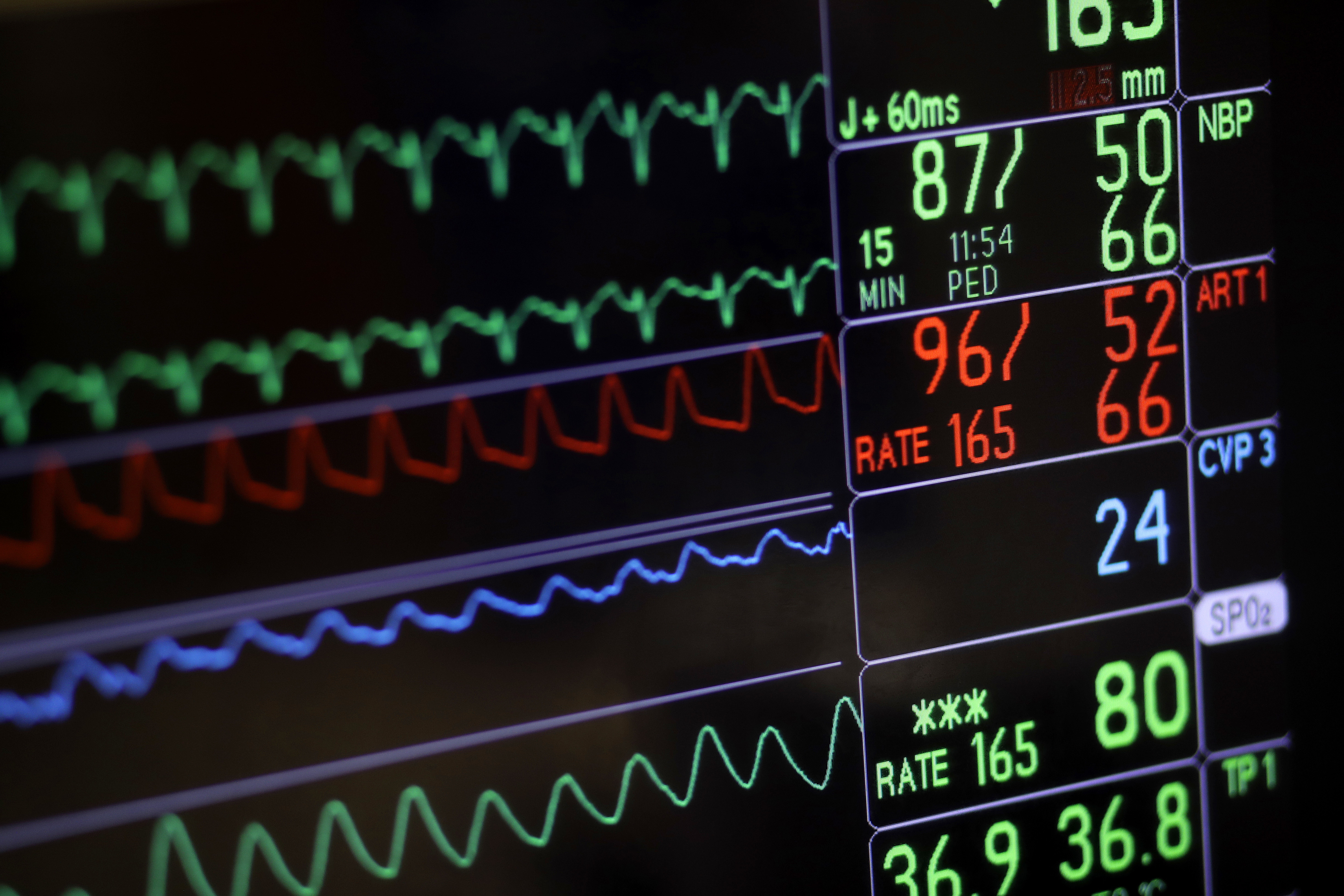 In this Nov. 28, 2016, file photo, a screen displays a patient’s vital signs during open heart surgery at the University of Maryland Medical Center in Baltimore. Hospitalizations cause only about 4 percent of personal bankruptcies among non-elderly U.S. adults, according to an analysis published Wednesday, March 21, 2018, by the New England Journal of Medicine. (AP Photo/Patrick Semansky, File)

The new analysis included a broader range of people than earlier research, which focused on those who already had filed for bankruptcy protection.

Such a narrow focus makes it “impossible to infer the role of medical expenses in causing bankruptcy” without information on those who had big medical bills and didn’t sink financially, the authors of Wednesday’s report noted.

Their study also had limitations: It focused only on adult patients from one state who were hospitalized.

Kluender said hospital stays often are the first event that triggers a “chain of struggles with medical expenses and medical debt.”

The research looked at hospitalizations that occurred several years before the federal Affordable Care Act expanded insurance coverage to millions of Americans.