Staph infections, whether MRSA (resistant to methicillin) or susceptible, are important and deadly. Drug-resistant staph infections continue to be deadlier than those that are not resistant and treatable with traditional antibiotics, but treatment costs surprisingly are the same or slightly less, a new national analysis shows.

Studies show that about one in three people carry staph in their nose, usually without any illness, and about two in 100 people carry MRSA, one of the so-called superbug infections that are resistant to traditional antibiotics such as methicillin and penicillin, according to the Centers for Disease Control and Prevention (CDC).

“The lower costs for treating drug-resistant infections were a surprise,” says Dr. Trish Perl, Chief of Infectious Diseases at UT Southwestern Medical Center and a co-author of the study conducted with collaborators at the Center for Disease Dynamics, Economics & Policy (CDDEP) and Johns Hopkins University. “The findings are contrary to previous predictions and studies that suggested the treatment costs for drug-resistant infections would be greater.” 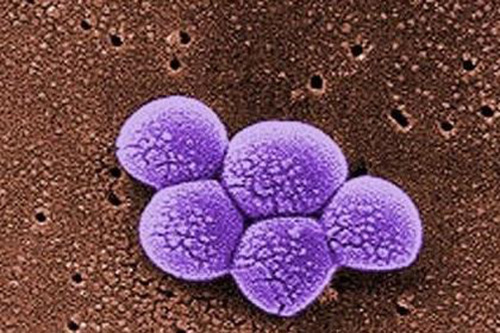 There are not data showing the total number of people who get MRSA skin infections in the community, according to the CDC, but recent studies revealed that invasive (life-threatening) MRSA infections in health care settings are declining. Infections caused by methicillin-resistant Staphylococcus aureus (MRSA) have been associated with worse patient outcomes and higher costs of care than susceptible (MSSA) infections. However, the healthcare landscape has changed since prior studies found these differences, including widespread dissemination of community-associated strains of MRSA, according to the study.

“This is a large study and importantly shows a change in the epidemiology of staph infections,” says Perl, Professor of Internal Medicine who holds the holds the Jay P. Sanford Professorship in Infectious Diseases.

Reasons for the lower costs may be due to price differences in drugs used to treat the different types of infections or that MSSA infections treated in the data were more severe or that less-invasive MSSA infections may not be diagnosed or coded correctly, leaving only costlier MSSA infections in the record. Alternatively, this difference may relate to the fact that care providers failed to change from antibiotics used for MRSA to more appropriate antibiotics in a timely fashion, the authors said.

Quantifying the difference in costs and outcomes between patients infected with resistant and susceptible organisms are important for prioritizing investments in antimicrobial drugs, diagnostics, and clinical operations, the researchers said. Further studies are needed to identify risk factors that predispose people to resistant infections. Adjusting for differences in underlying patient severity may help ameliorate these issues and provide a better understanding of the economic impact of antibiotic resistance, the researchers conclude.