More than two million Americans experience some type of a cardiac event every year. Whether they’ve had a heart attack or coronary revascularization procedure, such as bypass surgery or coronary stent placement, doctors typically recommended these patients participate in Cardiac Rehabilitation (CR) as outpatients. However, despite the proven benefits of increased longevity and reduced hospitalizations with CR, only 20 to 30 percent of eligible patients actually participate.

Why are the rates for this comprehensive secondary prevention program so low? And how can they be improved?

An article published online in the Mayo Clinic Proceedings by lead author Philip Ades, MD, Professor of Medicine at the University of Vermont’s Larner College of Medicine and Associate Director of the Vermont Center on Behavior and Health, offers answers and solutions.

Written by participants of the Cardiac Rehabilitation Collaborative (CRC), a group of experts convened by Million Hearts, the paper identifies ways to increase participation rates to at least 70 percent among eligible patients: an outcome that, if adopted nationwide, could save 25,000 lives and reduce hospitalizations by 180,000 annually. 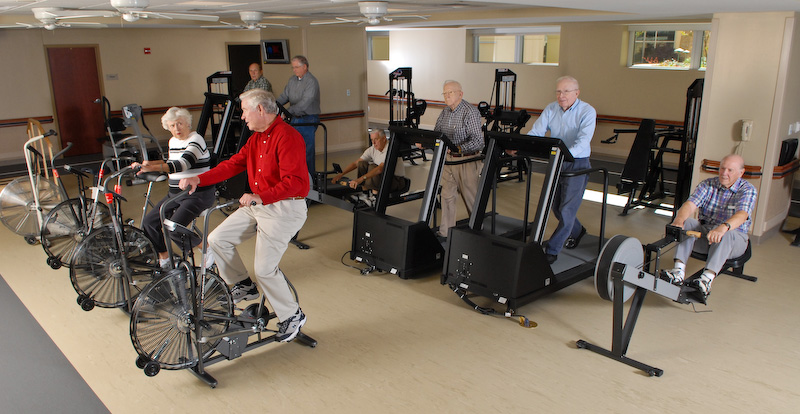 According to the report, two steps are necessary to substantially increase CR participation. First, the systematic referral of eligible patients needs to be increased and, second, the successful enrollment and adherence of those who are referred to CR needs to be optimized.

“While there are many reasons that individuals do not attend CR, including geographic availability of a program, the primary reason — and one that is modifiable — is that doctors and caregivers do not recommend it strongly enough,” says Ades.

“Referral and enrollments would be substantially improved if the hospital electronic discharge process required the physician to address CR referral, such that appropriate patients leave the hospital with a CR appointment scheduled for a week or so after hospital discharge,” Ades says, adding that a “liaison” should be assigned to meet with each patient to introduce the concept of CR and help coordinate the referral process.

The authors of the paper found that automatic electronic medical record referrals combined with the use of a liaison led to referral rates of 86 percent and participation rates of over 70 percent compared to 32 percent in controls who received neither intervention.

Participation rates would skyrocket, say Ades and his colleagues, if CR referral was considered to be a “quality of care indicator,” like aspirin and statin use after a heart attack. The authors reference a study done using the American College of Cardiology’s National Cardiovascular Data Registry that documented a referral rate to “over 80 percent in hospitals participating in quality improvement activities.”

“We are thrilled the members of CRC have banded together to boost participation in this important program,” says Janet Wright, MD, FACC, and executive director of Million Hearts. “We know cardiac rehabilitation is vastly underutilized by eligible patients – and particularly among women, older Americans, people of color and those living in rural communities. Getting more eligible patients into cardiac rehab can save lives, and result in better health and quality of life for thousands of Americans each year.”