A new national survey by Orlando Health found that most women are unaware of the age at which heart screenings should begin. The American Heart Association recommends women begin undergoing regular heart screenings at age 20, but the survey found the majority of women, 60 percent, thought screenings didn’t need to begin until after age 30, at least a full decade later.

“This is a wake up call that there needs to be more education on heart health and more aggressive screenings to prevent a small issue from developing into life-threatening conditions,” says Dr. Carolina Demori, a cardiologist who leads the Women’s Cardiac Center at the Orlando Health Heart Institute. “Women can begin developing atherosclerosis, plaque in their arteries, in their teens and early twenties. Therefore, it is vital to understand risk factors and make appropriate life changes as early as possible,” she said.

Screenings beginning at age 20 should include weight and body mass index (BMI), blood pressure, cholesterol levels, glucose levels and waist circumference, all of which are directly associated with heart health and can be controlled to minimize risks. 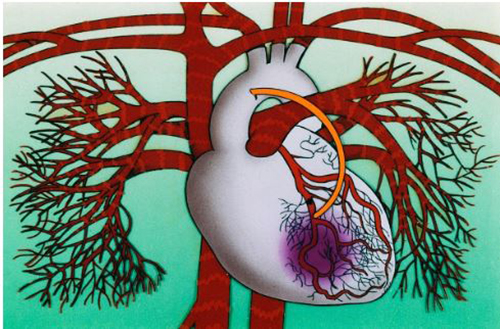 Women may also want to talk with their doctor about an electrocardiogram (EKG) or other tests to uncover any existing heart conditions.

“Often women are too busy taking care of others that they don’t take control of their own health,” says Demori. “It’s extremely important to work on your health so you can be present for the ones you love.”

The survey polled more than a thousand women nationwide and found that the average age women thought they should begin getting heart screenings was 41. Only eight percent of women were aware that screenings should begin at some point in their 20s, though few knew it was at age 20.

Demori says sticking to the American Heart Association recommendations is a good start, but that expanding educational efforts to children and young women is needed. She says awareness has increased with efforts such as the Go Red for Women campaign, but there is still work to be done.

“Young people need to know what heart disease is and how they can prevent it, so they grow up with this knowledge and understand the preventative steps they need to take,” says Demori. “Women cannot wait until they’re 40 to start paying attention to their risk factors.”

This is especially important because symptoms of heart disease can present differently in women than in men. During a heart attack, for example, men commonly experience left side chest pain that may radiate to left arm pain. Women may have those symptoms as well, but may also experience other symptoms such as fatigue, weakness, shortness of breath and feelings of indigestion. Knowing the signs and being aware of their own risk factors will help women recognize that they need to seek medical attention.

In addition to heart screenings, doctors say women should eat a healthy diet and implement an exercise routine.

“You don’t have to participate in vigorous exercise. You can start by just walking, but it’s extremely important to get into a routine of being active at least 30 minutes a day, at least five times a week,” says Demori. “The more you do, the more benefit for your heart.”