How’s this for an opening hook: “Dear Organic Human—You are being replaced!”

And no, we’re not talking about robots replacing humans in the workforce, which is an enormous point of discussion for the robot-fearing public. 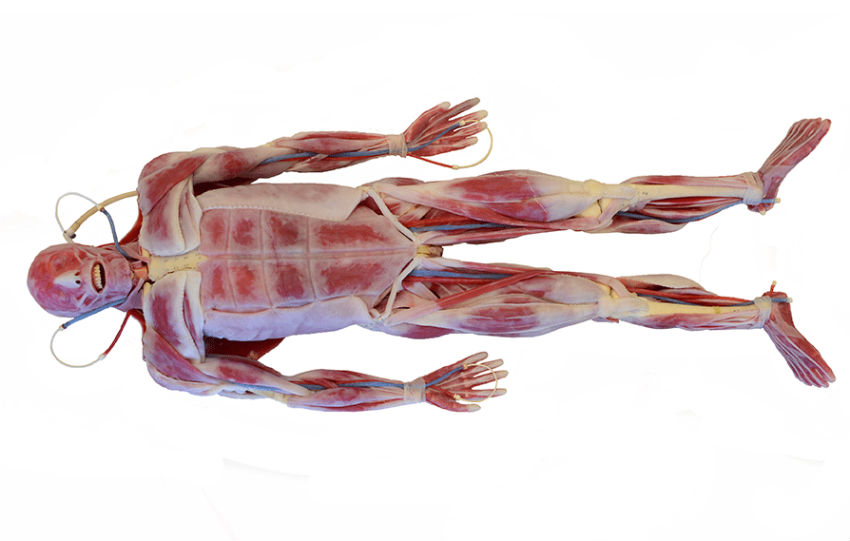 Kind of looks like he’s smiling at you, doesn’t it? (All images credit: SynDaver)

While working on an endotracheal tube in graduate school, SynDaver founder Christopher Sazekles found that the final product—a plastic model—was highly disappointing. He took one look at it and tossed it straight into the trash. So rather than engineering functional parts of the human body, SynDaver decided to go whole hog and make a human.

SynTissue, a synthetic tissue made up of water, salt and, fiber, took SynDaver about 20 years to get right. Different configurations of the material are able to mimic over 100 kinds of tissue—including subcutaneous fat and rectus femoris muscle. Using the artificial tissue, the company can build a custom femoral artery, trachea, or entire body. And the most recent design incorporates software that mimics body functions, including a beating heart.

The cadavers were first intended for medical device development—Sazekles imagined that companies like Medtronic would comprise his main market. But the synthetic cadavers have proven themselves more useful as training tools, being used in both engineering and medical schools for things like surgery practice, crash testing, and teaching high school anatomy. 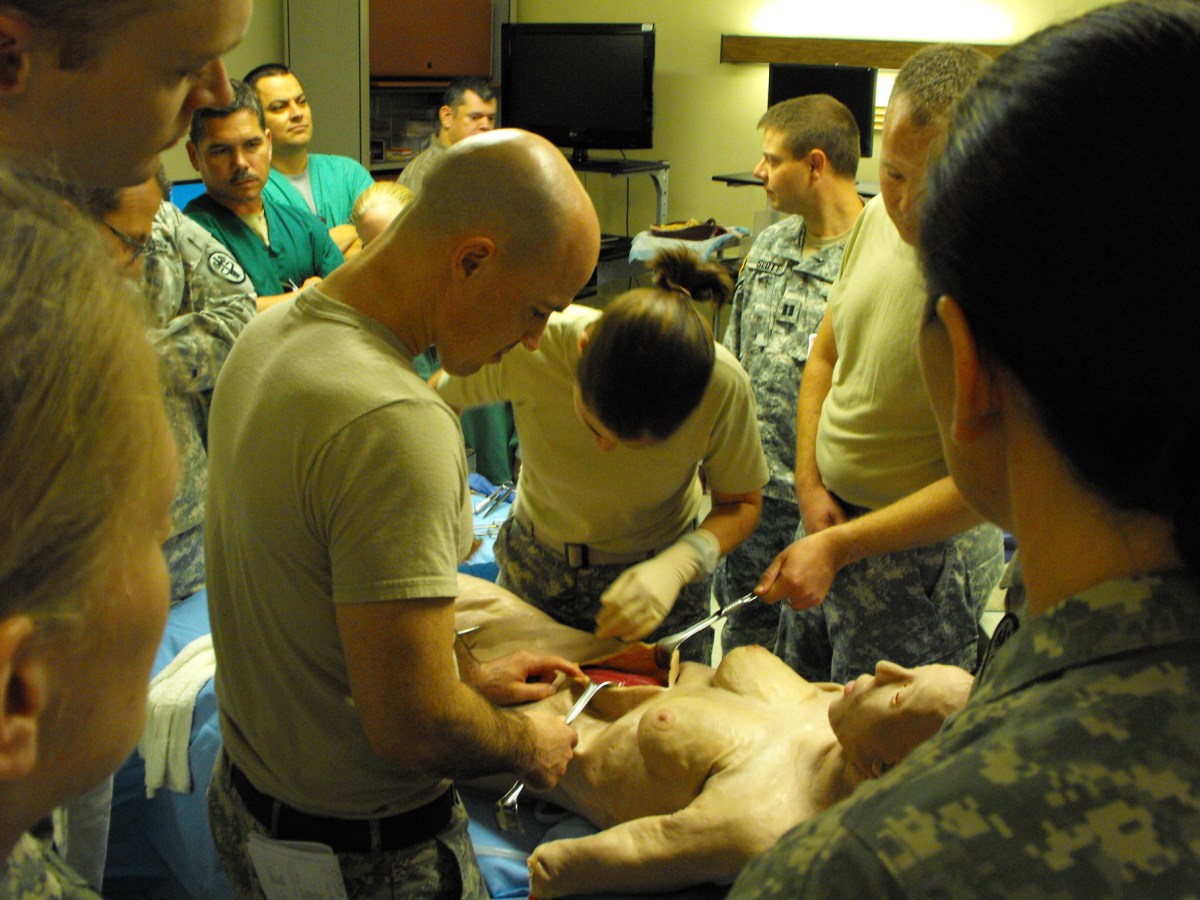 A group of military surgeons working on the synthetic cadaver.

SynDaver doesn’t intend for their artificial human to replace cadavers for medical school training. Because the artificial tissue responds like a live human, it offers the possibility for using it as an experimental tool for device prototypes as well as reference for design projects. It can also prove useful for projects that are difficult to undertake, like researching infant cadavers that are illegal to obtain (you must be at least 18 years old to donate your body to research.)

There are some contentions in using synthetic bodies as teaching tools, however. Some professors don’t think the cadavers will accurately mimic the experience students might have using a living body. Students need to actively remember what they noticed on a cadaver when addressing patients later on in their studies. Medical device development may also be affected by the cadavers’ status as artificial human—who’s to say that a device performing well on a synthetic body will translate to a living human. It’s called human factors engineering for a reason, after all.

But it certainly seems like a whole lot of fun—and a souped-up version of the beloved childhood game Operation—when considering what else can be accomplished with the cadavers. The synthetic body parts can be replaced, so students need not fear slicing and dicing the cadaver if they’re willing to pay for the replacement parts. 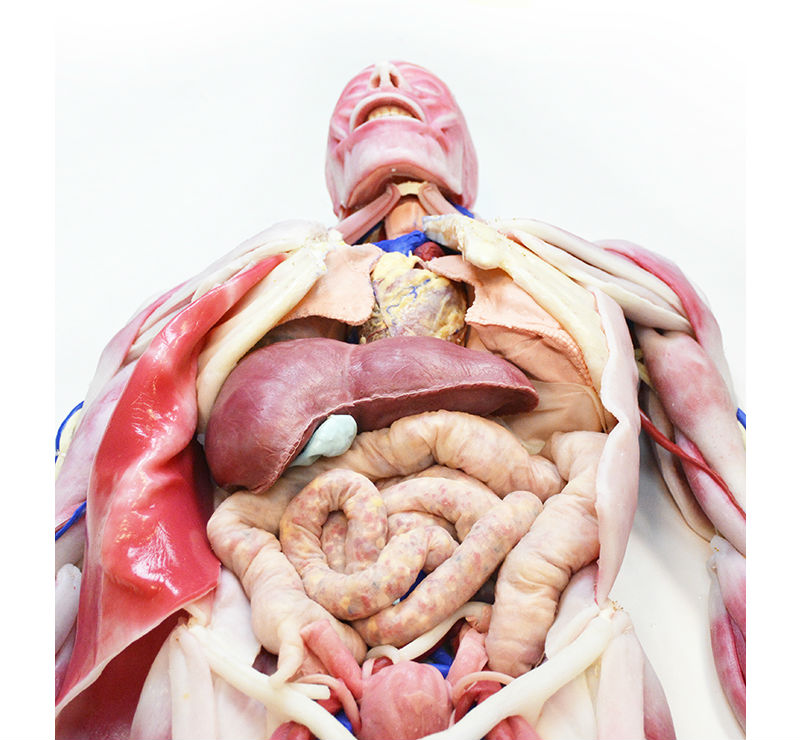 As you can see, the cadaver is remarkably lifelike; guts and all.

The company has, unfortunately, had its issues with money. Sakezles made an appearance in May on Shark Tank to secure funding, almost gaining a $3 million investment from a celebrity investor, but the deal collapsed because of differences in opinion over structuring the business.

SynDaver is far from giving up, though; the company has an enormous amount of fronts that they’re pursuing. They’re currently developing infant and adolescent cadavers, and collaborating with physical therapists and sports scientists.

They even plan to make synthetic animal cadavers for veterinarians! There’s a horror story waiting to be written—as if the synthetic person wasn’t creepy enough.