Developed at Stockholm’s KTH Royal Institute of Technology, the synthetic paper differs significantly from the most predominant paper diagnostics used today, such as pregnancy tests.

Jonas Hansson, researcher and PhD in the department Micro and Nanosystems at KTH, explains that the uniqueness can be found in the details. Unlike in standard paper-based diagnostic material, the structure of the synthetic paper is predetermined, not random, he says. 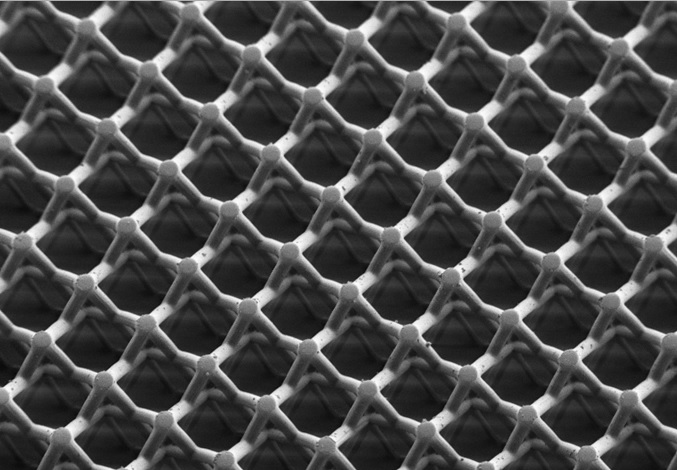 “Cellulose is the basis of the paper material used for absorbing blood samples or other body fluids. But the fibers in these papers are unstructured,” Hansson says. “They occur helter-skelter in a random pattern with wide variation between one medical test and another.”

In the synthetic paper developed by the researchers at KTH, fibers are arranged on the micrometer level. “We can define the exact distance between the fibers, their angle in relation to each other and their thickness,” Hansson says. “All in a three-dimensional network.”

This kind of precisions translates into more accurate and meaningful results. Hansson says that the synthetic paper can tell more than simply whether a person has a disease or not. It can enable a user to determine the concentration of one or more biomarkers in a body fluid.

“For some diseases, there are only small amounts of a biomarker available in the body, which means that the tests have to be very sensitive,” Hansson says. “We also eliminate the variation between different sheets of paper because of differences in the structure, so all the medical tests will be as accurate.”

Some of the possibilities include combined pregnancy and HIV self-testing, with a single sample. “The surface of each fiber can be assigned chemical properties, such as how fast a liquid can be absorbed into the paper,” van der Wijngaart says. “Different parts of the paper can be used for different types of tests.”

While no specific diseases are singled out for application of the synthetic paper, the KTH researchers say heart attack screening is one future possibility, Hansson says.

“Someone who suspects they are having a heart attack can check themselves into an emergency room and get results within 20 to 30 minutes,” Hansson says. “By contrast, the logistics of a hospital today mean test results are likely to take much longer than that. Heart attacks or various kidney diseases require very thorough testing tools, and the synthetic paper offers just that opportunity.”

The synthetic paper could provide opportunities for health screening in places where medical and transportation infrastructure are lacking, such as sub-Saharan Africa. In other more developed parts of the world, self-testing can be expanded with better accuracy and ease of screening for many disease simultaneously.

“In the end it is the demand that drives this. A growing range of self-tests is becoming available in pharmacies. People can take charge of their own health as the health care system becomes more congested. In addition, people are more familiar with different diagnoses now, thanks to the web.

“Tests can be done anytime, anywhere without dedicated electronic equipment,” he says. “They can be done be completely independently, or enlist the help of web apps for reading and interpretation. This is particularly relevant where more care is moving out of the clinic and into the home.”