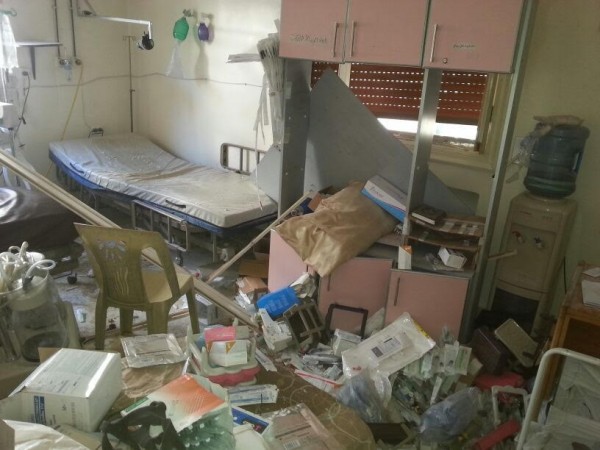 Life-saving medical treatment can be readily deployed using modern cost-free social media applications in regions devastated by war, according to clinicians who launched the Syria Tele-ICU program in December 2012. In a report published online ahead of print in the American Thoracic Society journal Annals of the American Thoracic Society, the researchers detail their experience in providing critical care services using telemedicine to civilians in an active war zone.

In the paper “Rapid Deployment of International Tele-ICU Services in War-torn Syria,” Craig Weinert, MD, associate professor of medicine in the Division of Pulmonary, Allergy, Critical Care and Sleep Medicine at the University of Minnesota Medical School, and Anas Moughrabieh, MD , fellow in the Pulmonary and Critical Care Fellowship Training Program at the University of Minnesota, argue that while intensive care services typically take place at the bedside, threats to the safety of health professionals as well as the lack of cooperation of government forces are significant barriers that require a less direct but effective method of healthcare delivery. Approximately a year after the conflict in Syria began in 2011, only 35 physicians were left to care for 2.5 million people in Aleppo, the largest city in Syria.

With his knowledge of tele-ICU programs in the U.S., Dr. Moughrabieh recruited a network of Arabic-speaking clinicians in North America to develop and staff the program. Nurses working in ICUs in conflict areas in Syria were trained to use technology such as WhatsApp, Viber and Google applications to communicate and take medical orders from clinicians 6000 miles away. Their findings show that “social media applications that many people in the West regard as something frivolous that teenagers use can be easily adapted for creating a life-saving international network that can deliver care where it is too dangerous to be present on site,” said Dr. Weinert.

Without the financial resources and physical security of hospitals on which U.S. telemedicine programs can rely, the Syrian program was managed at minimal cost using volunteer clinicians, obtaining capital from humanitarian organizations such as the Syrian American Medical Society and diverting most of their budget towards satellite internet expenses.

“Effective telemedicine programs do not have to take years to develop or need massive financial support. This was the accepted paradigm for tele-ICU programs in the US–years to plan and build with million dollar budgets. This study shows it doesn’t have to be that way,” added Dr. Weinert. The annual operating budget for the Syria Tele-ICU program is approximately $1,000 per year.

While the researchers are hopeful that tele-ICU programs like theirs can be replicated in other war-torn regions, they acknowledge that “There is a lower limit of civil functioning below which even a telemedicine program cannot be effective. One of the reasons that the tele-ICU works in Syria is that Syria has a modern middle-class with prior experience in using computers and social media and has at least some remaining medical facilities that can provide ICU-level therapies like ventilator support.”

Nearly a year after its start, the Syria Tele-ICU Program was providing care to approximately 90 patients per month in Aleppo. It currently supports five ICUs with plans to support an additional 10 at some point this year.