The founder of a medical device startup based on a Purdue University innovation says his company could help people in the advanced stages of diabetes, which affects more than 9 percent of the population in the United States, according to the Centers for Disease Control and Prevention.

“Traditional syringes are not specifically designed to safely accommodate the dosing and administration of this drug. No syringe accurately shows the dose that has been drawn in, which requires users to compute the size of a dose in their head,” he said. “Also, early complications of advanced diabetes can include blurry vision or vision loss and losing sensation in the fingers. These complications make it difficult for patients to use small insulin syringes that are currently available.”

Purdue University researchers have developed a design for insulin syringes that has a 200 percent larger diameter than traditional syringes and a larger surface area for printing dose markers. Imagine Medical Device has licensed the innovation through the Purdue Research Foundation Office of Technology Commercialization. More than 20 startups based on Purdue intellectual property were launched in the 2015 fiscal year.

“This new design’s shape, size and labeling are not used in currently available syringes for patients,” said Hultgren, who also is director of the Purdue University College of Pharmacy’s Center for Medication Safety Advancement. “The combination will help patients affected by visual impairments and lower dexterity. The differences also will help users immediately differentiate doses of concentrated insulin from all other forms, which could ensure the safe and accurate administration of this medication.”

Hultgren said there are no syringes on the market that accomplish what Imagine Medical Device’s syringe can. 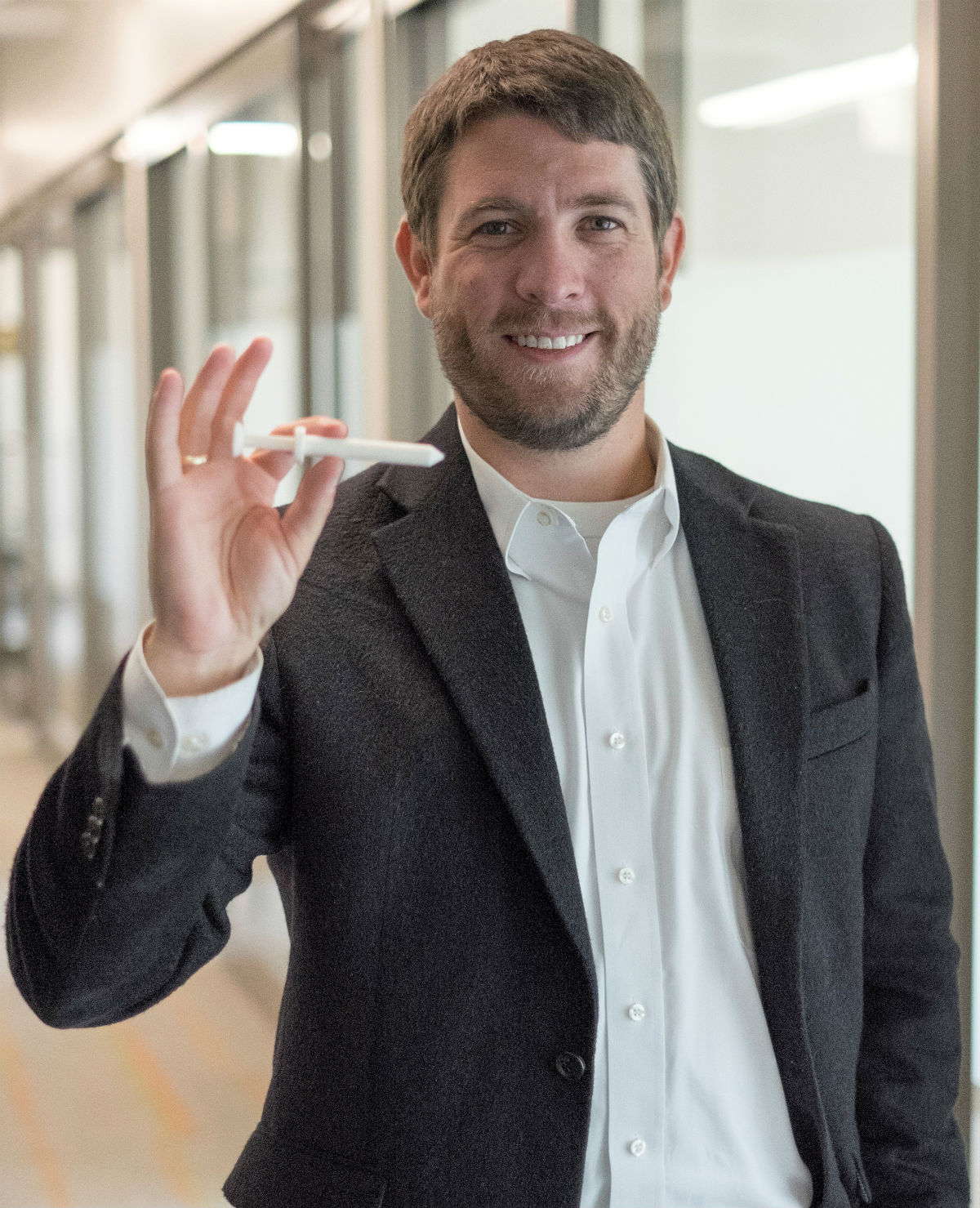 “Patients must use tuberculin syringes or other types of delivery device that were not originally intended to administer concentrated insulin, which means the markings are incorrect, small and difficult to read,” he said. “If the markings are misinterpreted, the patients are at risk of a profound overdose or underdose of insulin and the consequences of each case could be catastrophic.”

Hultgren said Imagine Medical Device is pursuing a filing with the U.S. Food and Drug Administration and other worldwide regulatory authorities.

“We also are looking for partnerships with global medical device suppliers as well as strategic funding partnerships,” he said.