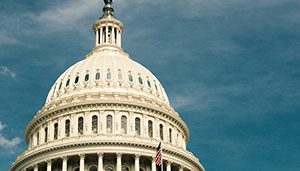 Medical device companies and others in the healthcare sector stand to benefit from the tax reform Congress passed at the end of 2017, but the picture isn’t entirely rosy, according to a new report from S&P Global Ratings.

In many ways, the report offers a corrective to the bullish statements coming from corporate CEOs such as Johnson & Johnson’s Alex Gorsky, who recently told CNBC that J&J will repatriate $16 billion in cash thanks to the new law.

“I think the fact that we now actually have a competitive tax rate, that we’ve got a construct in place to repatriate earnings and cash from overseas is going to give us much more flexibility and make us more competitive,” Gorsky told CNBC in an interview.

Here’s how the S&P report, published on Jan. 2, broke down the situation – along with companies that especially stand to benefit:

One of the top business-friendly measures of the tax reform involved cutting the U.S. corporate tax rate this year to 21% from a previous 35%. But many large medical device companies already have a low effective tax rate because they’re doing business around the world, according to S&P.

An exception to the rule is Owens & Minor (NYSE: OMI), which had a 41.6% three-year average effective tax rate.

Companies with qualified capital expenditures such as purchasing new equipment get an accelerated depreciation (100% in the first year for tax calculations). But considering the year one depreciation was previously 50% under a much higher corporate tax rate, the benefit is more modest than one might first suppose, S&P reports. Plus, the provision starts tapering off in 2022.

In the medical device industry, companies with high equipment expenditures include Baxter (NYSE: BAX). The Deerfield, Ill.–based company – with its focus on products to treat kidney disease, immune disorders, hemophilia and other chronic conditions – had a 42% five-year average ratio of capital expenditures to EBITDA (earnings before interest, taxes, depreciation and amortization), according to S&P.

3. Elimination of U.S. taxes on foreign earnings: It actually has a downside

The tax reform did away with U.S. taxes on corporations’ future foreign earnings – including repatriation of cash. The provision, according to S&P, represents a “permanent reduction in a company’s tax obligation and gives companies greater access to cash from profits generated overseas.”

However, medical device company investors could pressure leadership to use the money not only for debt reduction but also for share repurchases and M&A deals that could further weaken the companies’ creditworthiness, S&P reports.

4. There’s a lot of uncertainty, too

The new tax reform law left some major unanswered questions when it comes to the future of the U.S. healthcare system and the medical device business: