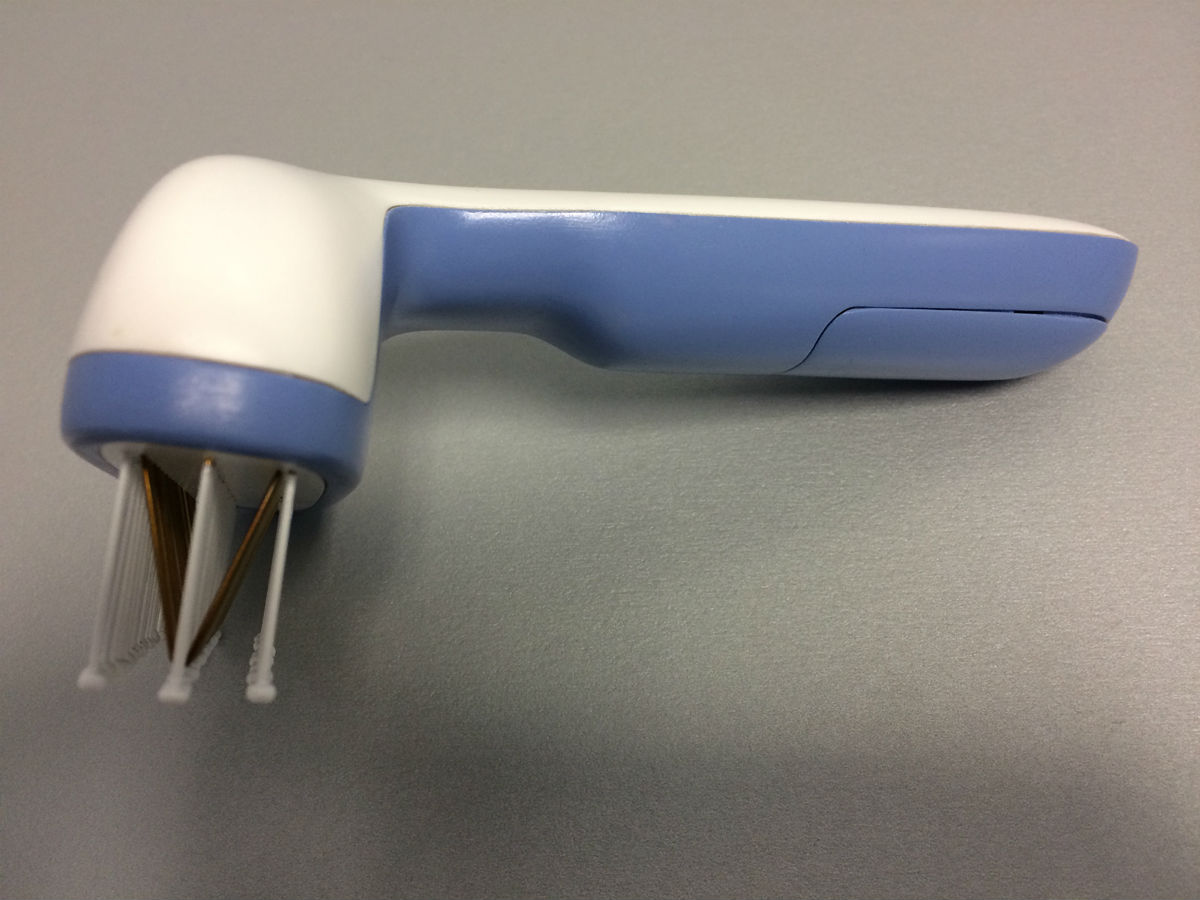 Once head lice have attached themselves to hair follicles, they can deftly evade detection and are therefore hard to kill. Infestations of these bloodsucking parasites are commonly dealt with using chemicals and a specialized nit comb. Fraunhofer researchers are developing a technological comb that can reliably eliminate head lice using plasma with no biocide agents or chemicals. They will present a working prototype at the MEDICA exhibition (Hall 10, Booth G05) in Düsseldorf.

Anyone can get head lice, but the most common victims of such infestations are children between the ages of three and ten. The parasites feed themselves on blood and can crawl from one head to another quickly – so they often spread in environments such as daycare centers or elementary schools, where the children’s heads frequently touch. Head lice infestations not only result in terrible itching, they are also extremely hard to get rid of. A number of chemical treatments such as shampoos, lotions or gels are available. Typically, these products are massaged into the hair and scalp while still slightly damp after washing, and afterwards the hair is combed using a special nit comb. The problem is, this procedure kills the lice but not their eggs – known as nits – so the treatment must be repeated a week later.  For the children, the drawn-out procedure is unpleasant and painfull. Many parents are especially hesitant to use chemical products, as some of their active ingredients are harmful to children and infants. The lice and nits can also grow resistant to such chemicals.

Researchers at the Application Center for Plasma and Photonics of the Fraunhofer Institute for Surface Engineering and Thin Films IST in Göttingen, Germany, are therefore developing an alternative treatment method that could eliminate the use of biocides and chemicals. For this goal, cold atmospheric pressure plasma is used: it reliably kills the parasites without causing harm or discomfort to the host. The researchers have developed a special plasma lice comb for this application. Funding for the project is provided by the Volkswagen Foundation.

Electrical Fields Between Electrodes Convert Air into Plasma
The trick to this new technology lies in the high-voltage generator that sends pulses to the teeth of the comb, which serve here as electrodes. The air between two electrodes, or teeth, is ionized in the presence of the high-voltage pulses; thus, plasma is generated. “Plasma is an aggregate state that exists when energy is added to a gas or gas mixture,” says Prof. Viöl, director of the Application Center for Plasma and Photonics.

The high voltage is delivered only in very short bursts, using just enough energy to accelerate the tiny electrons without heating up the heavy gas particles pulses; thus, plasma is generated. In this manner, the temperature of the plasma can be set to room temperature. The cold plasmas kill both the lice and the nits without harming the hair or scalp. The process is completely harmless to humans. “After only one treatment, half of the wingless pests are already dead and the rest are gone within a day,” says Viöl. The researcher and his team confirmed this through extensive efficacy and safety testing, which was conducted in cooperation with a research institute. “The plasma comb has already been introduced in regional pediatric offices and can be used just like a normal comb,” Viöl explains.

Patients with pre-existing ailments, such as asthma or allergies, can also benefit from treating head lice with plasma: there are no aggressive active ingredients to provoke symptomatic outbreaks. Also, the lack of chemical substances in this method makes it more environmentally compatible than traditional processes.

The researchers have patented the technology and plan to initially bring it to market in small production batches as a cosmetic product. “The plasma comb can replace biocidal agents. By altering the shape of the comb and the distance between the teeth, it is also possible to use it for treating infestations on house pets,” Viöl explains. Another conceivable option is to use the use the comb as health care device in developing countries, where head lice transmit dangerous bacteria such as typhoid or five-day fever pathogens.