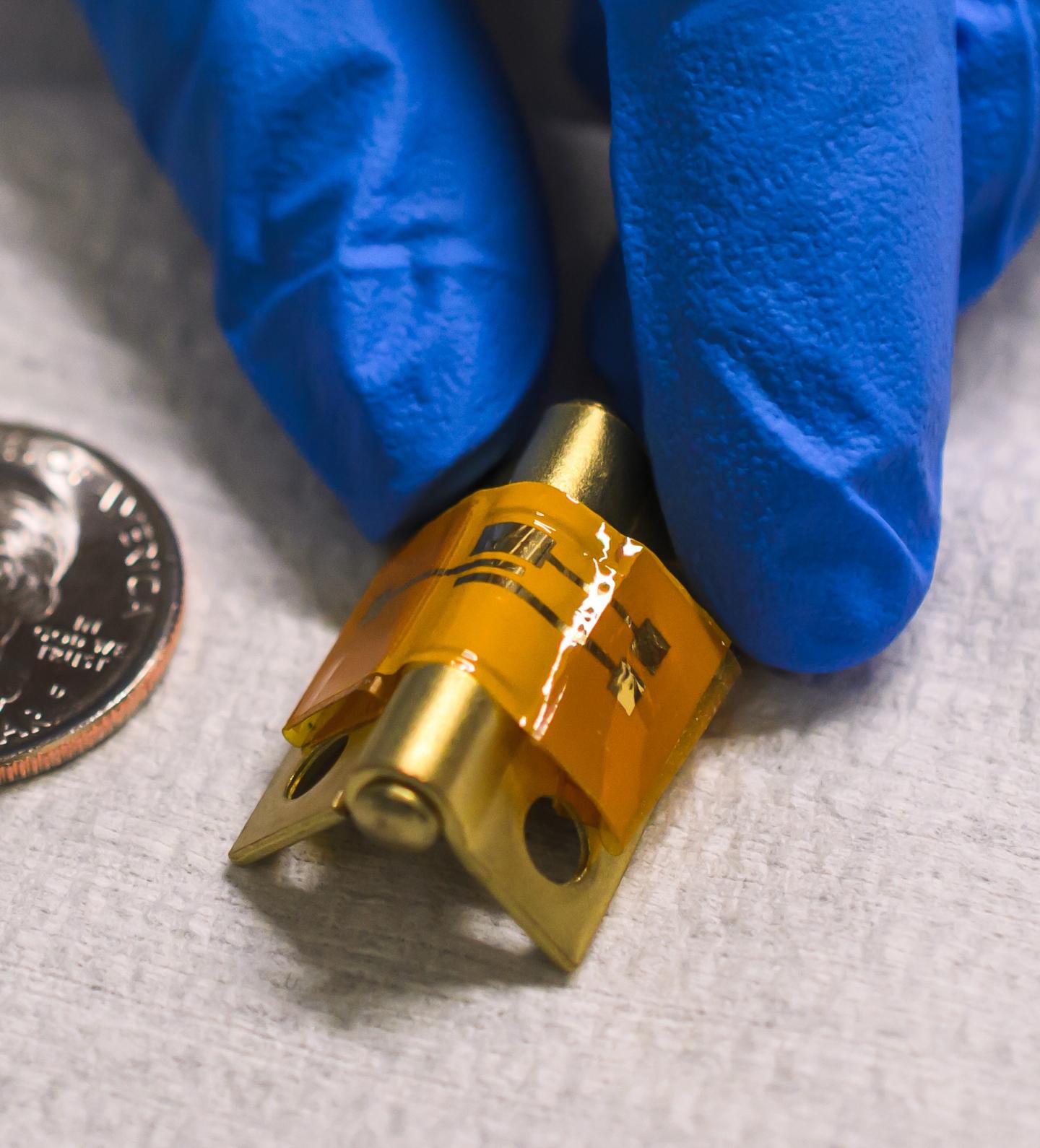 Blood-glucose monitoring devices have revolutionized the management of diabetes by making it easy for ordinary individuals to test their glucose levels at home.

But there are no similar consumer devices for cardiovascular disease, specifically for the quick and easy diagnosis of a heart attack.

“The onset of heart attack symptoms is usually gradual, over several minutes,” said Dr. Shalini Prasad, professor of bioengineering at the University of Texas at Dallas. “But if you think you might be having a heart attack, every second counts to get a diagnosis and treatment.”

Prasad and biomedical engineering doctoral student Nandhinee Radha Shanmugam have developed a flexible, mechanically stable, disposable sensor for monitoring proteins circulating in the blood that are released from damaged heart muscle cells at the onset of a heart attack. Troponins can be found in the blood within about four hours after a heart attack, and for up to several days.

Low levels of troponin in capillary blood, such as that found in fingertips, correlates to higher levels in arterial blood, Prasad said. For this reason, the researchers focused on detecting ultralow concentrations of troponins with high accuracy in small volumes of blood drawn from a finger prick.

The key to the sensor’s performance is the way Prasad’s group incorporated nanostructures into the device’s zinc oxide electrodes. The nanostructures enhance the binding of the troponins to the electrode’s surface, making the device ultrasensitive.

“Our technique for growing these nanostructures on a variety of substrates opens up an entirely new and exciting research direction in the field of electrochemical biosensing for other biomolecules, like glucose, cholesterol and uric acid,” Prasad said.