The sterile processing department (SPD) plays a critical role in helping to ensure patient safety in your facility. It bears the difficult task of assuring sterilized instruments for every case while keeping pace with OR scheduling demands. The pressure is high and the margin for error low.

As with many things in life, speed and quality assurance have long been at odds in the SPD. It’s a delicate balance that can gravely impact a facility’s surgical site infection (SSI) rates.

Case in point: Not every sterilization load in the SPD is monitored with a biological indicator (BI)—the monitoring tool which challenges the microbial lethality of a cycle and makes sure sterilization equipment is functioning properly—because some BI readouts can take hours and sometimes days to complete. This means, in some cases, instruments are released for use prior to getting an official “green light” for sterility assurance.

The good news? Recent advancements in sterile processing assurance technologies have far lessened the conflict between speed and quality. Some BIs can provide a readout in less than 30 minutes. Monitoring every sterilization load is now not only prudent, but far more feasible—helping to lower the risk of infection and streamlining SPD workflow, while raising the standard of care provided to every patient.

Industry guidelines, like AAMI ST58, the standard for Vaporized Hydrogen Peroxide Sterilization states for routine load monitoring: “a process challenge device (PCD) with the appropriate BI should also be used at least daily, but preferably in every sterilization cycle” (Section 9.5.4.3). AORN’s Guideline for Sterilization is slightly more specific and states, “Routine sterilizer efficacy monitoring should be performed at least daily on each cycle type, preferably with each load.”

In AAMI ST79, the standard for Steam Sterilization, the recommended frequency for routine sterilizer efficacy monitoring with a BI PCD is at least weekly, but preferably every day that the sterilizer is used. (Section 13.5.3.2)  If a sterilizer is designed to be used for multiple types of cycles, AAMI ST79 recommends testing each cycle type used (Section 13.7.1).  In addition, it is recommended that all loads with implants contain a BI PCD, and are quarantined until BI results are known. 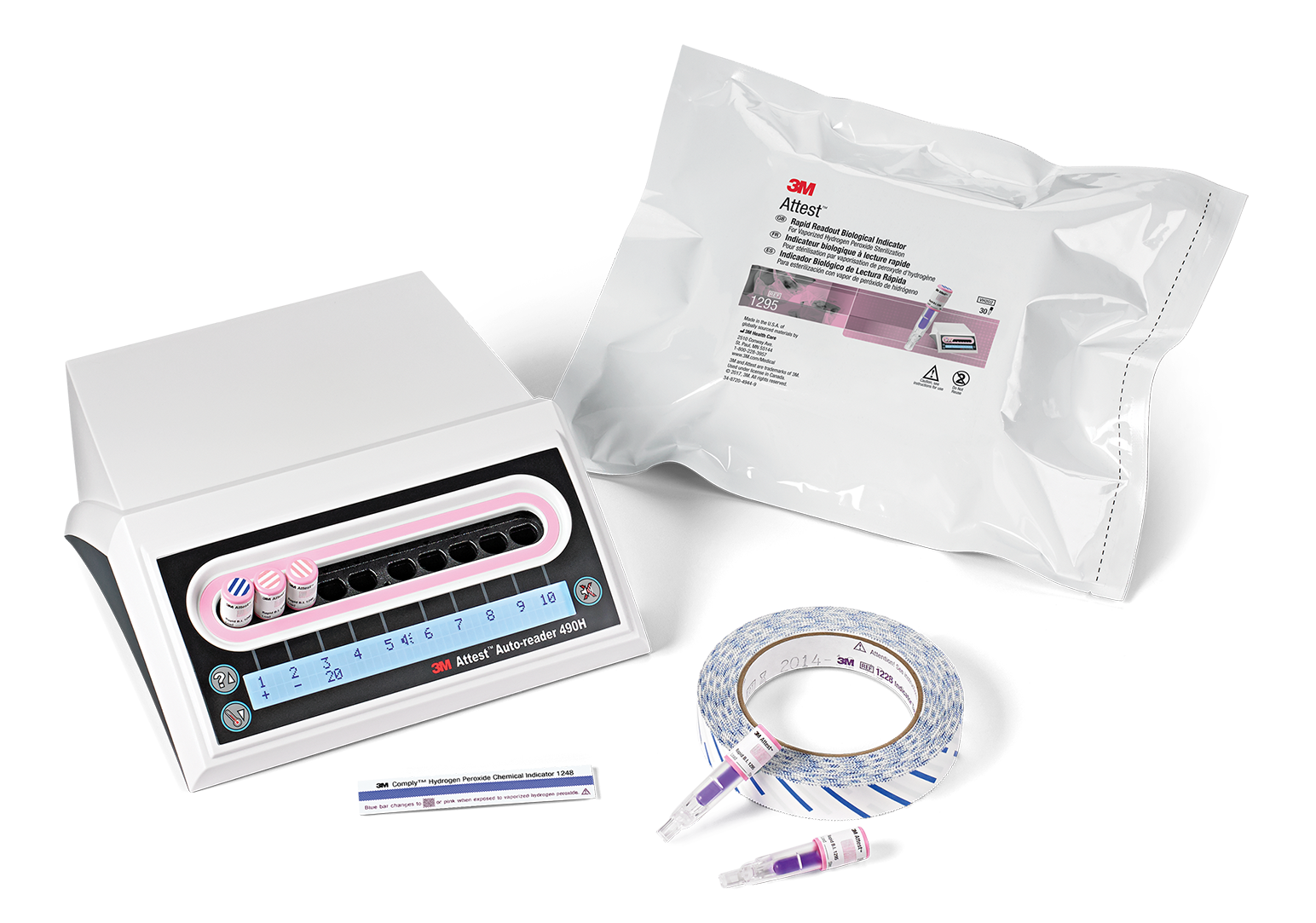 3M Attest gives sterile processing personnel the information they need when they need it, while there is still time to act. (Image credit: 3M)

Some facilities don’t believe they need to monitor every load because they believe their risk is low, the cost is too high or have a facility policy that says otherwise. The biggest implication of any of these mentalities is that the risk for infection still exists, no matter the perceived risk level, the upfront cost of supplying a sufficient amount of BIs or contradicting policy.

Facilities that practice every load monitoring may be doing so for the following reasons:

Facilities that recognize the benefits associated with every load monitoring and embrace the practice, will help to decrease their chance of experiencing a recall associated with contaminated surgical instruments. NYU Winthrop, a university-affiliated medical center located in New York State, implemented every load monitoring in 2010 for that reason.

“It just makes sense,” says Richard Kraft, CRCST, director of the SPD at NYU Winthrop, and the person who originally spearheaded the effort to deploy every load monitoring at the facility. “There’s no waiting for a result, wondering about a released load’s safety or sequestering of surgical instruments. Because we monitor every load, we know and have confidence that what we’re releasing is safe.”

NYU Winthrop has a solid track record for low infection rates and strives to do everything it can to minimize its risk. The facility recognized that adopting every load monitoring not only enhances surgical instrument safety, but workflow, as well. With BIs placed in every load, the sterilization process is simplified.

“The staff was thrilled because it makes their job less complicated. It takes out a step for them,” says Kraft. “Regardless of what kind of load they’re running or sterilization process they’re using, a BI will always be in there. It was an easy change because it didn’t require any extra training.”

To make the pitch for adoption at NYU Winthrop, Kraft and his team presented to the facility’s top infection prevention professionals on the benefits and overall positive impact every load monitoring would have. Before the end of the meeting, he said, everyone was in agreement.

“Regardless of the type of facility you work at or what your title is, we all share the same goal: to provide what every patient deserves – sterile surgical instruments for every surgery, every time. And that’s really what it comes down to,” says Kraft. “That’s what drives us to always be thinking ahead on how we can implement the highest standard of care and align with the latest standards and guidelines, and in this case, that meant every load monitoring.”

Enhancing sterility assurance with every load monitoring can help lower SSI rates, simplify workflow processes and provide confidence to SPD professionals and OR staff on the sterility of their surgical instruments. For those still on the fence, Kraft has this to say: “Strongly think about monitoring every load. You don’t want to have to make that phone call to initiate a recall.”