Few 1950’s companies foresaw the path they must take to thrive in 21st century markets. A case in point is the change in the surgical equipment market—robots are invading it. Maybe this was anticipated in science fiction, but in the real world, who was inspired to anticipate such an evolution?

Motion control is essential for the digitization and automation of equipment striving to become “high tech,” and bearings are basic to frictionless movement. In 1956, just distributing bearings in California was viable, even on a small scale. For many small distributors, with growing globalization through the end of the twentieth century, it was change or die. This is where the entrance of strong engineering skills came to the rescue of such distributors. 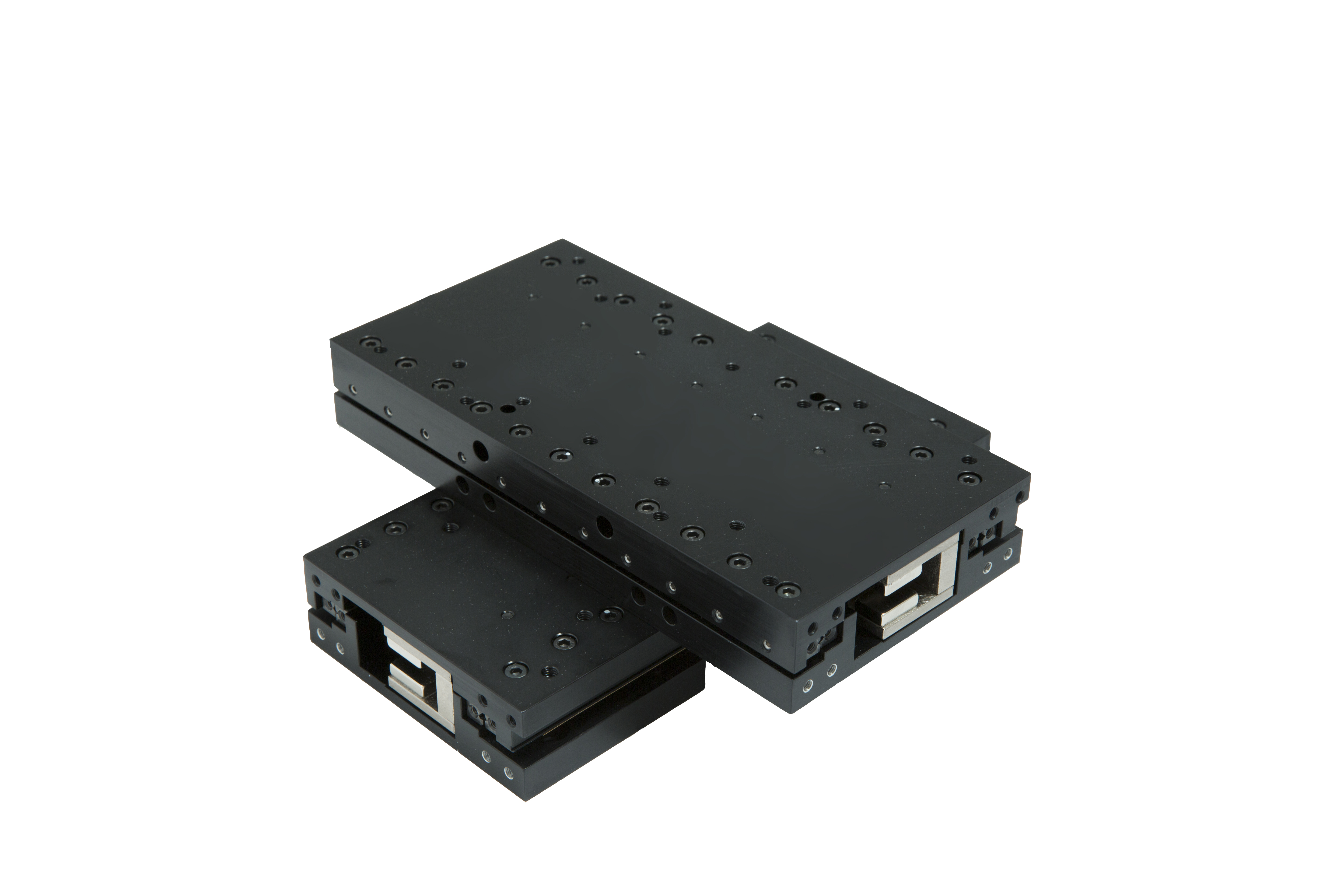 The combination of elements that benefited one company is instructive. Bearing Engineers, just such a longtime distributor, recently changed its name to Motion Solutions to reflect their evolution into custom designers of cost-effective motion solutions for high tech electro-mechanical systems. Developing custom solutions has led to developing lines of proprietary products that the company manufactures in-house. How this distributor became a manufacturer is illustrated by the development of their newest product.

A company who needed a better linear motor table for positioning laser surgery equipment brought this recent challenge to them. According to Shawn Hakim, mechanical engineering supervisor at Motion Solutions, “The client came to us with the complaint that their Lasik eye surgery equipment was not performing smoothly enough and its running parallelism was not up to their standards.” The problem was being caused by linear bearing cage slippage. Though positioned horizontally, at full operating speed, the bearing retainer would creep as the momentum of the bearing movement was transferred to the cage (also termed the retainer). An anti-cage creep mechanism was the logical solution. 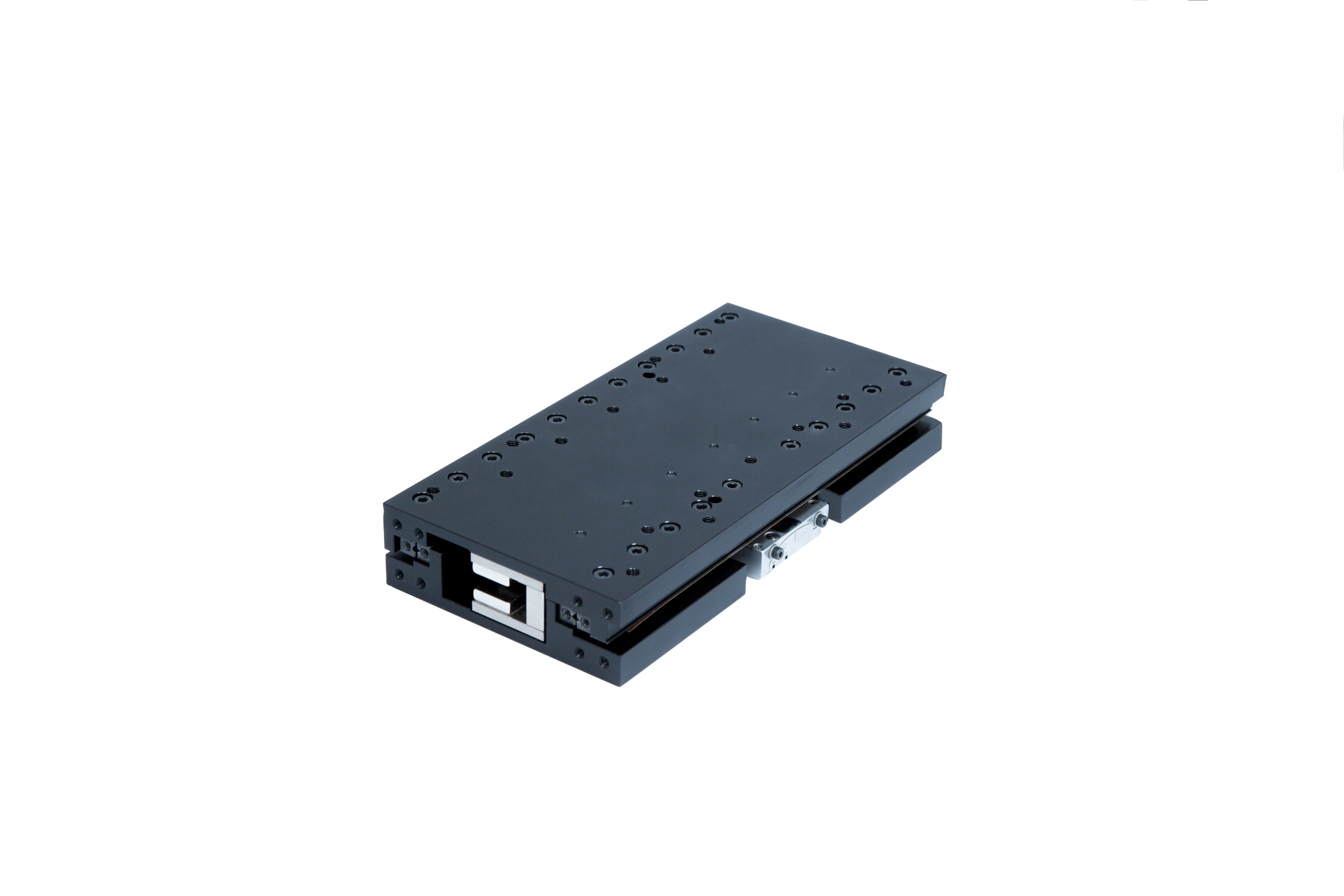 Anti-Cage Creep Mechanisms
The term “anti-creep” is used to describe the method of eliminating any slippage of the retainer holding the crossed rollers between the two V-grooved rails of the slide way. In addition to maintaining precise movement, without creepage, downtime is reduced lowering the cost of maintenance.

An anti-creep device eliminates this “creeping” of the retainer, so the slide way can be used in any mounting direction and with lower momentum motors such as linear motors.  Several complex anti-creep devices have been developed. To prevent cage creep/slippage, manufacturers have used a few different approaches, such as a rack and pinion mechanism; an external attachment made of plastic gears outside of the rail; and a metal gear inside of the rail. Some of these devices are quite expensive. 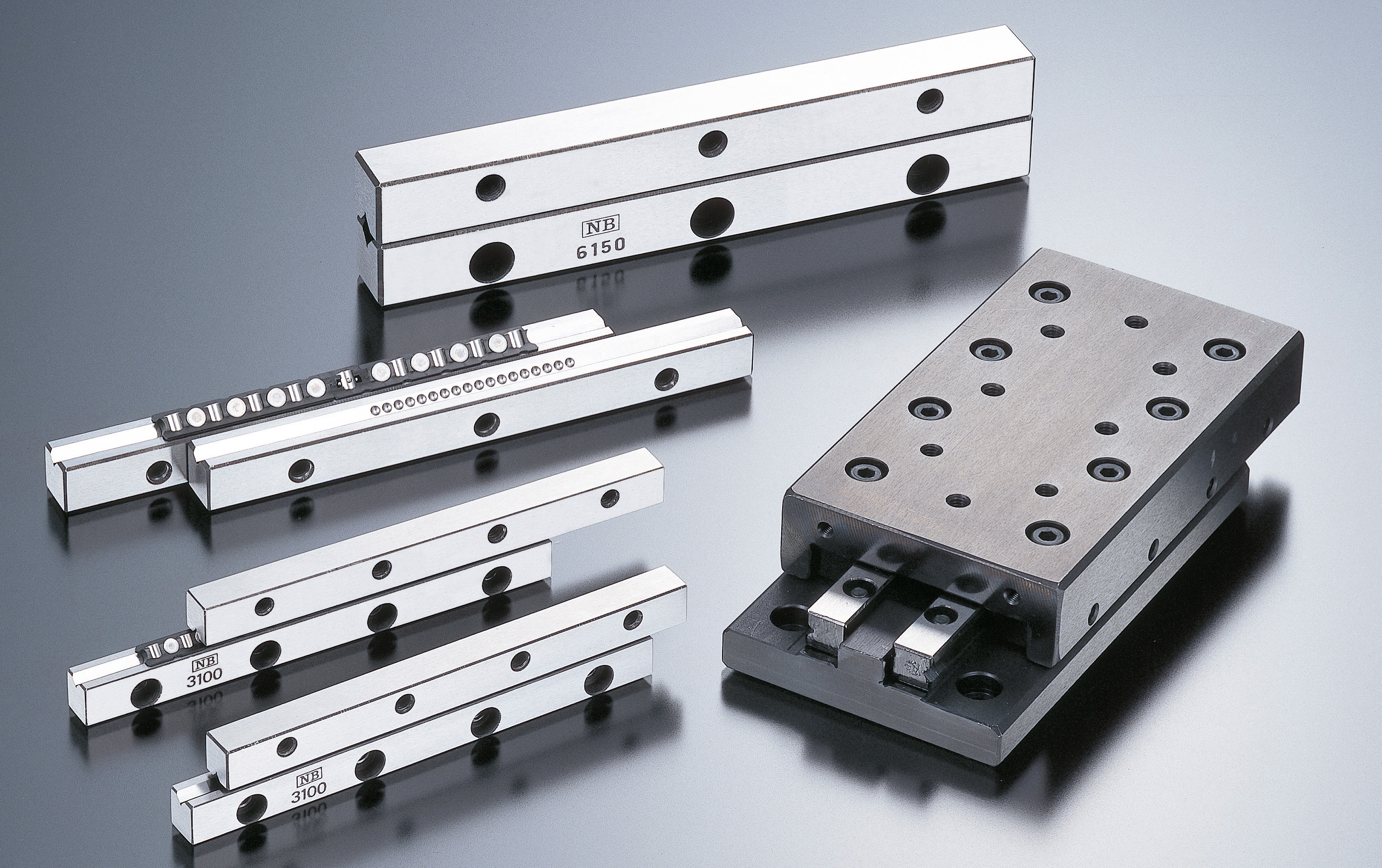 After comparison tests, Shawn Hakim settled on one mechanism that does not use a gear. It is an anti-cage creep mechanism that uses a roller with round balls studded around its surface. It has the smoothest tracking motion and therefore is quieter than an externally attached toothed-gear type anti-creep device. In this (STUDROLLER) mechanism, creepage is prevented because the raceway has depressions that track the studs or nodules, preventing slippage – in any position.

By placing studs in the center roller and machining a path along the rail, this retainer will never slip. It is suitable for high acceleration, vertical or horizontal mounting, and uneven load distribution. 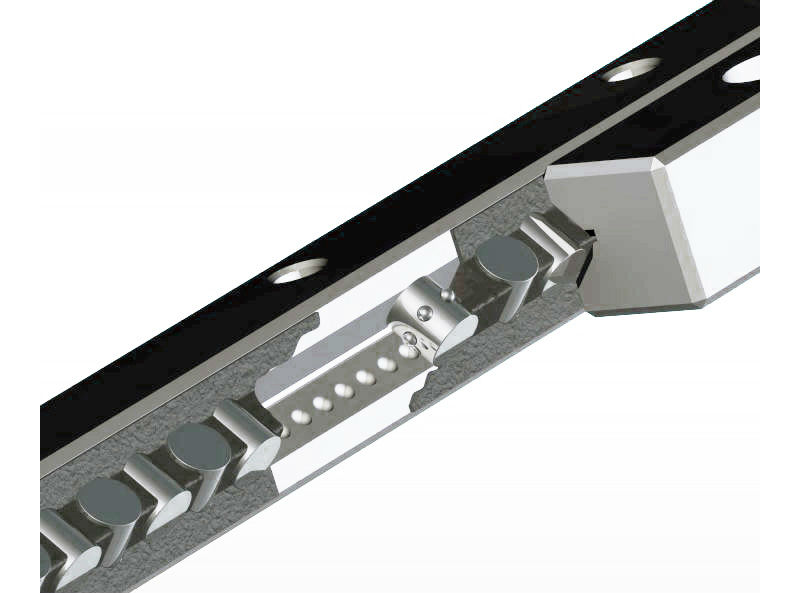 Cage creep is prevented by the studs that roll into the raceways depressions.

Problems Solved
Motion Solutions saw that the improved linear motor table held great promise as a proprietary product. However, they had commercial concerns. Cost was their first concern. Costs vary for crossed roller bearings with anti-creep mechanisms – depending on the complexity of their design and whether the application has to be custom designed to accommodate them. Since the STUDROLLER, being the simplest non-slip design, uses a studded roller, as opposed to a gear or exterior control, it’s cost is almost the same as a standard slide way – almost half the cost of other anti-creep devices plus, there are no redesign costs to replace a standard slide way. 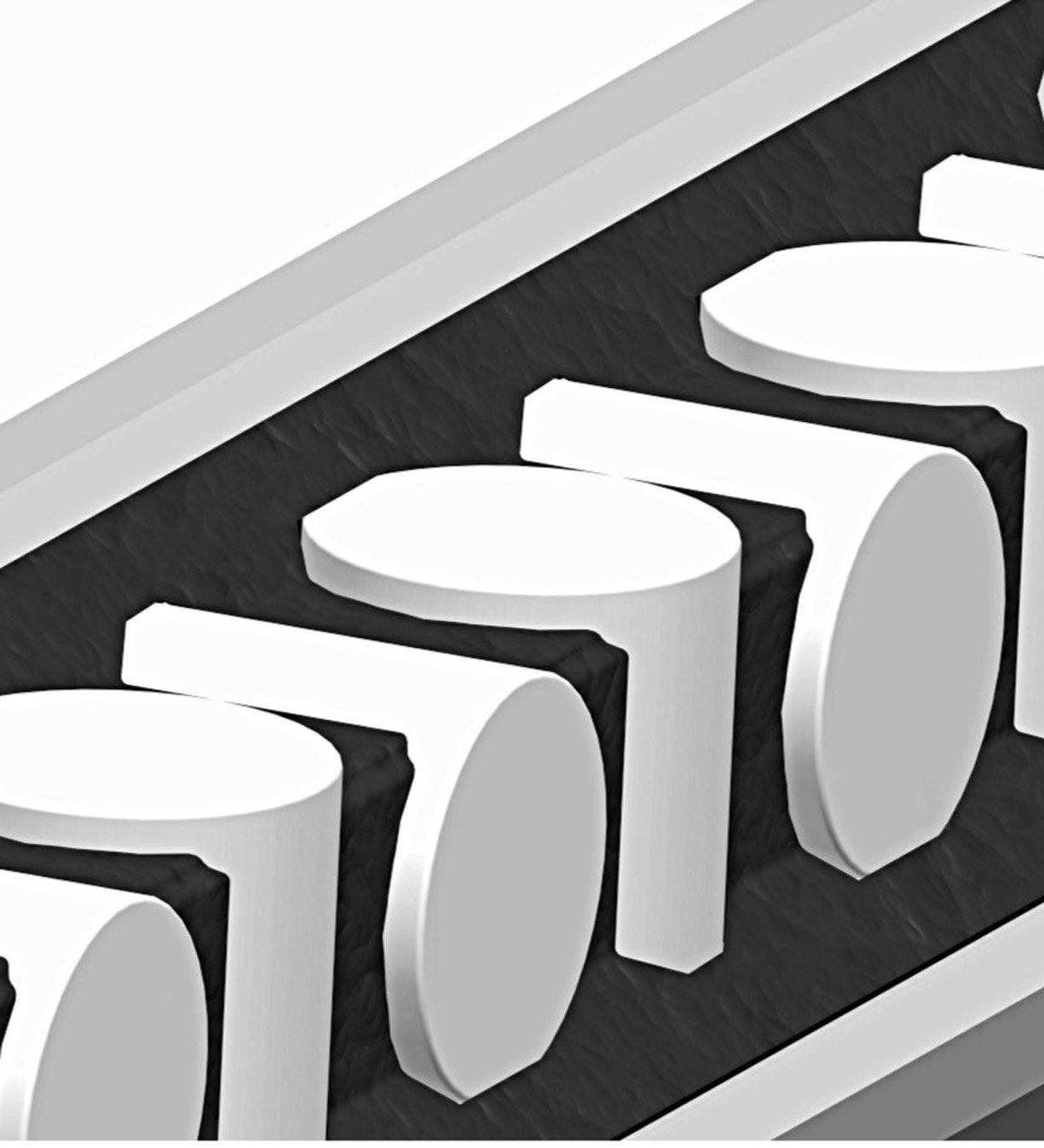 The resin retainer fits around the roller in the STUDROLLER

Shawn Hakim noted, “We were able to make the product more cost competitive. Our product lowered the client’s cost by seventeen percent. We gave them an equivalent product that is lower cost, has better running parallelism, better smoothness and with about 30% more force.”

“Secondly, long lead times – say, six to eight weeks – could doom the product. We established processes that would allow us to shorten the lead-time to somewhere between two and three weeks.”

The linear motor table, which was initially incorporated into Lasik eye surgery systems—focusing optics and lasers on the eye—has a demonstrated level of precision that is also perfect for other applications. It’s a boon to any positioning equipment that demands high tolerance and repeatability in the medical, life sciences, and semiconductor manufacturing industries.

One Thing Leads to Another
Successfully meeting that challenge has led to the development of a proprietary line of precision positioning tables that also meet the demanding requirements of liquid crystal related equipment, measuring instruments, assembling systems, and material transfer equipment. 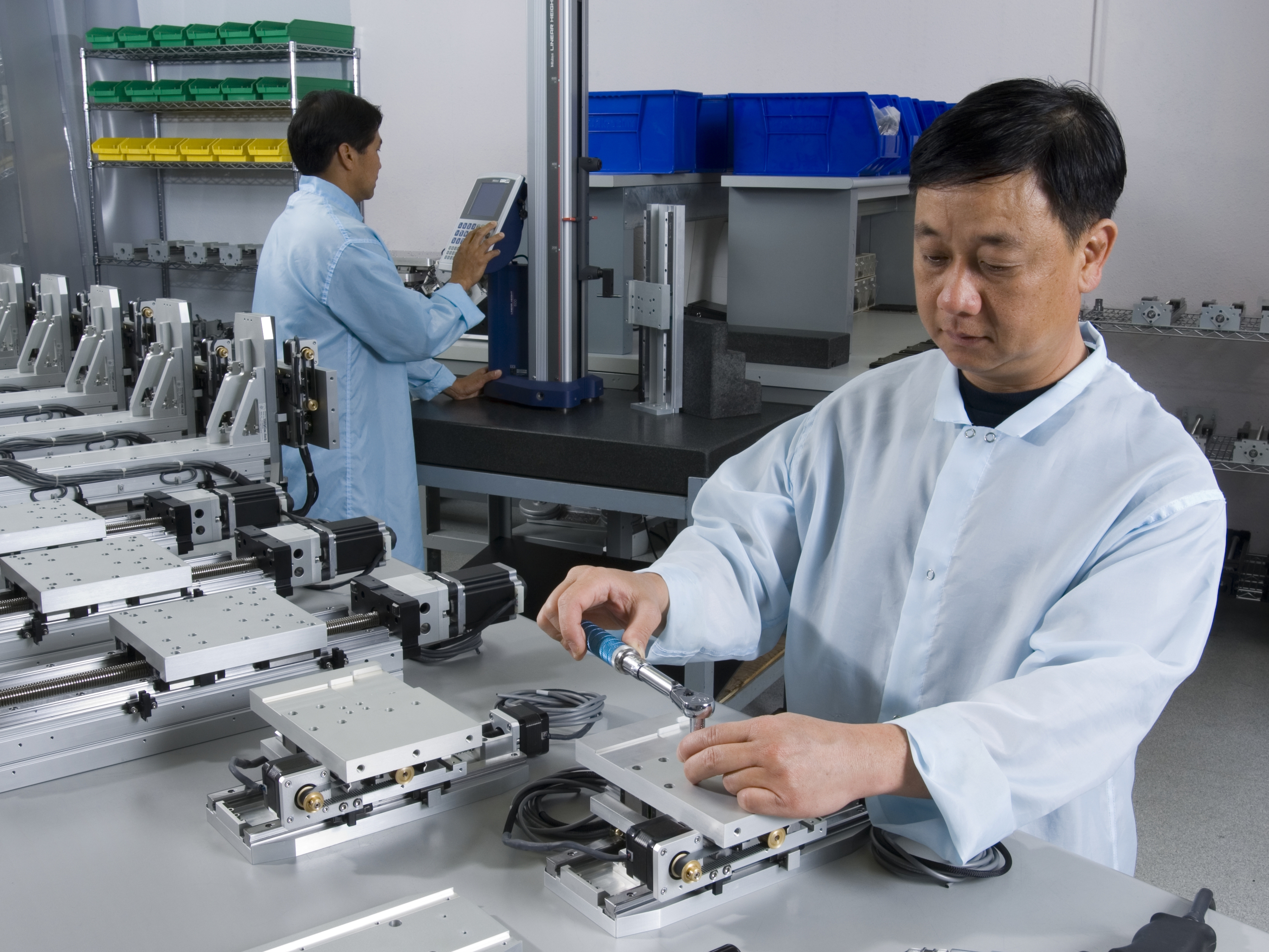 The Motion Solutions Linear Motor Table is powered by an ironless core linear motor. This smooth, non-contact drive system prevents force ripple (attraction force or cogging), unlike an iron core motor. Designed for high speed positioning, the linear motor tables allow speeds up to 2550mm/second. A compact, lightweight aluminum alloy enclosure houses a linear encoder that precisely positions down to 10 nanometer resolution. Each encoder is customized per a client’s needs. They can choose from four motor sizes, three base length options (84, 168, or 210mm) and encoder resolutions from five microns to ten nanometers.