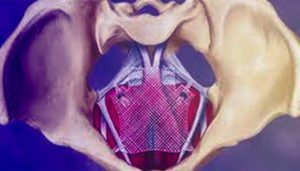 The FDA this month ordered Boston Scientific (NYSE:BSX) and Coloplast – the only remaining companies that sell pelvic mesh for pelvic organ prolapse in the U.S. – to immediately halt sales and distribution.

The move capped years of controversy about the mesh products, which were meant to treat the weakening of the muscles and ligaments supporting a woman’s pelvic organs.

The federal safety watchdog cleared the first mesh device for transvaginal repair of pelvic organ prolapse in 2002. Since then thousands of lawsuits, citing harm including pain, excessive bleeding and loss of sexual function, have produced millions in settlements for the plaintiffs and a series of recalls for the defendants. Device makers have won a few of the pelvic mesh cases that made it to trial, including one this week in which the jury cleared J&J unit Ethicon of claims that a mesh product was the cause of the plaintiff’s injuries, even though it found that Ethicon was negligent in designing, marketing and selling the device.