No matter what sterile processing and surgical departments you visit, the same question arises: “Where do the instruments go?”

Instruments is one of the biggest assets a healthcare facility has, making lost items a very costly problem.

Over the years, I have seen both sides of the coin, being a scrub tech and a sterile processing technician. Each side has its valid concerns, and it seems the blame game is the easy route when dealing with the issue. But the end result can be a lack in providing the best care to our patients when surgeons don’t have complete trays to perform surgery.

Instrumentation might be thrown in the trash during the breakdown process after a procedure. As an example, we always expected to lose some towel clips, as well as very small bulldogs and silver probes. But what about other instrumentation?

I remember back in November 2011 when I received a particular complaint from a first assist in surgery. They wanted to know why all or our implant trays were missing so many implants and noted that it had gotten worse over the previous few months.

After receiving this complaint, I recalled that our instrument tracking system had some sort of lost instrument report and decided to view it for the first time. I was astonished that the report was 17 pages long and listed over 200 instruments that were missing from trays.

The missing instrumentation crossed over all service lines. There was no road map to guide me on this journey to the “land of the lost.”

I decided to tackle the one-of-a-kind, trauma, and implant trays first. I figured out very quickly that there was no single answer to this issue, and there were numerous factors contributing to this ongoing problem.

For the implants and trauma trays, I found:

We took several steps to correct these issues. All consignment and owned trays count sheets were printed and manually corrected on paper, corrected in the instrument tracking system,  and then corrected in the hospital ordering system. Implants were then ordered to complete trays.

We also called vendors to update trays to match implants and instruments or simply offer quotes that would allow the hospital to purchase new corrected trays. 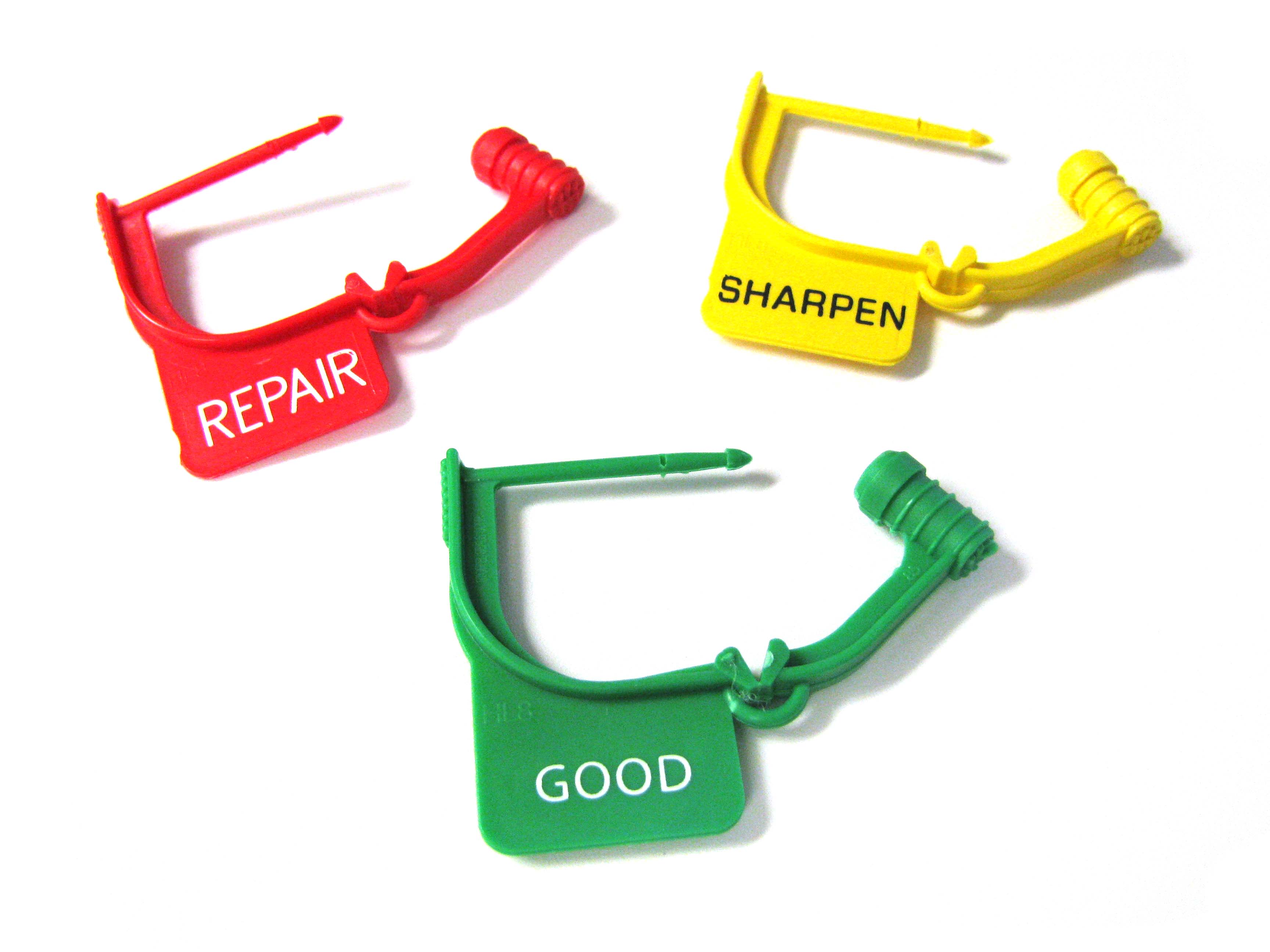 Properly tagging instruments in need of repair can lessen the likelihood the items will wind up lost. (Image credit: Healthmark)

For the one-of-a-kind trays and general trays, we found:

Again, we realized there were several actions would could take in order to make improvements.

For the basic, everyday trays, basic instrumentation was corrected with product number, vendor, and description. A standardization of vendor information for basic instrumentation and service lines were decided and implemented.
Specialty surgeon trays were color coded and key-dotted/barcoded to make it easier to items and separated during the decontamination process when used with other trays in the procedure.

Instrumentation that has been missing for over a year or obsolete were discussed and taken off the count sheets/trays.

Educational program was initiated and presented to the surgery and SPD departments to show a cost associated with the instrumentation lost. We also worked to make all personnel more aware of the benefits of separation at point of use and decontamination, especially with specialty trays.

After trays were complete, an unsterile backup was ordered for the more frequent flyers that showed up lost, such as towel clips. The items were set up in bins, labeled, and PAR levels were set. Specialty instrumentation was located in a locked cabinet
A facilitator for the ongoing lost instrumentation was assigned and given a specific, focused job description. A lost instrument report was initially printed weekly, but its frequency changed to daily in order to deal with lost instruments in real time.

A lost instrument rack was designed and implemented for instruments to be placed back into trays as trays came through to be reprocessed. Preprogrammed reasons to flag instrumentation from a tray was implemented in the instrument tracking system, allowing staff to note if items were out for repair, on order, submitted to order, or out of stock.

After five months of continuous process improvement, we were able to get the lost instrumentation down to a one page document. Only 11 instrumentents were flagged as on order, back order, or out for repair.

Lost instrumentation continues, but each time it happens each time it is evaluated and corrected. It is valuable for facilities to make certain a good process for lost instrumentation in place, a facilitator is committed to addressing the issue, and the staff has bought into a collaborative approach. With these measures, a daunting task isn’t so daunting.

As for the question “Where do the lost instruments go?”, we still don’t have a definitive answer. But at least we have far fewer items making a fateful journey to the “land of the lost.”