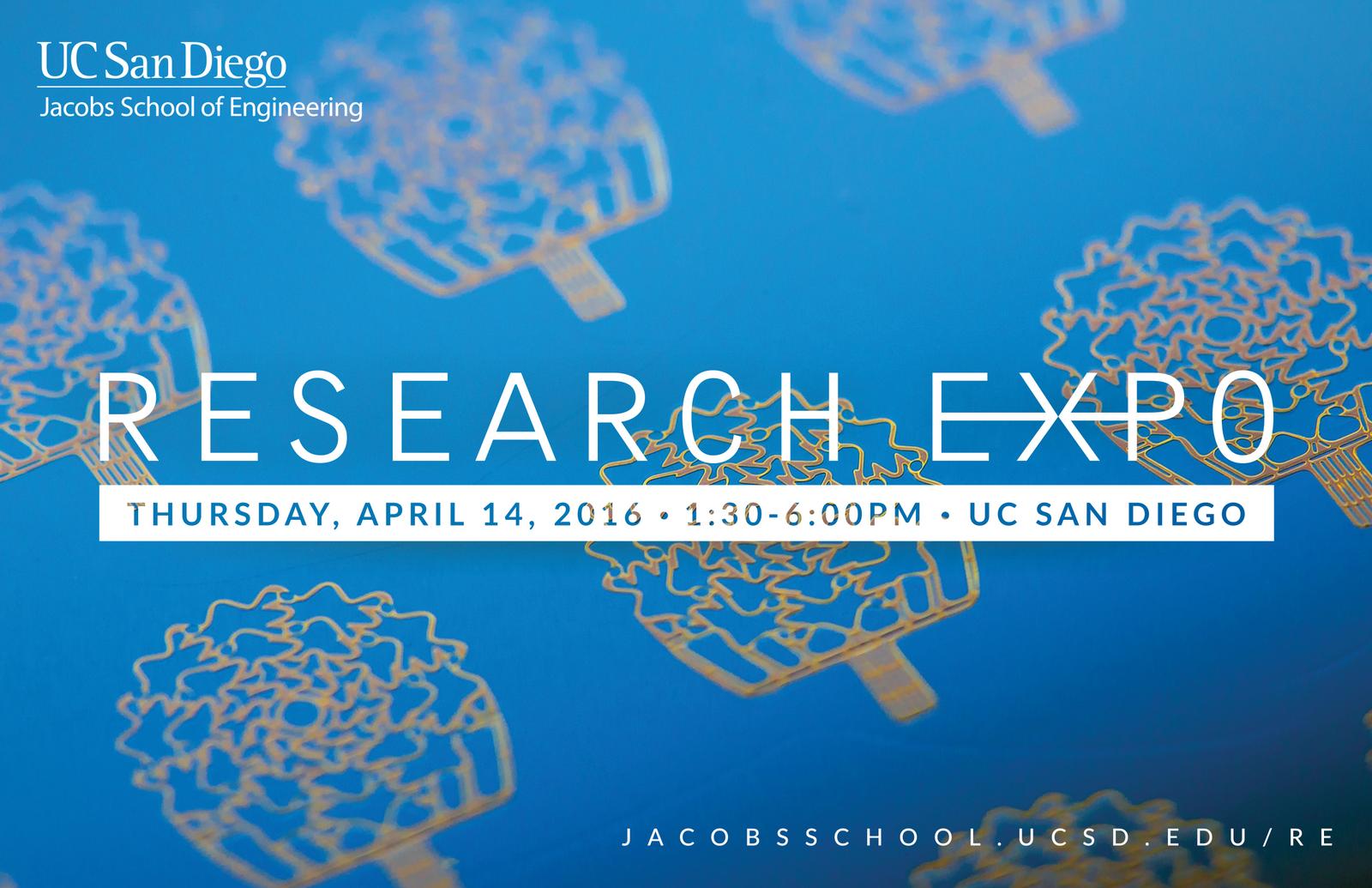 The tiny trees in the background are high-tech flexible sensors for medical applications, and can be used to monitor vital signs and brain activity. They are part of the artwork for Research Expo 2016.

The tiny trees on the image above, part of the artwork for Research Expo 2016, are actually sensors, fabricated by researchers in the lab of University of California, San Diego bioengineering professor Todd Coleman. The sensors are high-tech flexible sensors for medical applications, and can be used to monitor vital signs and brain activity.

Coleman and his colleagues have developed a method that cuts down by half the time needed to make the sensors, which brings them one step closer to mass-market manufacturing and allows bioengineers to broaden the reach of their research to more clinical settings.

“A clinical need is what drove us to change our fabrication process,” Coleman said.

Coleman’s team at UC San Diego has been working in medical settings for four years. Their sensors have been used to monitor premature babies, pregnant women, patients in Intensive Care Units and patients suffering from sleep disorders.

Coleman and colleagues quickly found out that nurses wanted the sensors to come in a peel-and-stick form, like a medical-grade Band Aid. The medium on which the sensors were placed also needed to be FDA-approved.

The sensors’ original fabrication process involved 10 steps – five of which had to take place in a clean room. Also, the steps to remove the sensors from the silicon wafer they’re built on alone took anywhere from 10 to 20 minutes, and the sensors remained fragile and susceptible to rips and tears.

But what if you could use the adhesive properties of a Band Aid-like medium to help peel off the sensors from the silicon wafer easily and quickly?

One of Coleman’s students created a process that comprises only six steps – three of them in the clean room. The steps that took 10 to 20 minutes before now take just 35 seconds.

Read more about this research here.

Coleman is a professor in the Department of Bioengineering at the UC San Diego Jacobs School of Engineering. He was recently awarded the 2015 UC San Diego Equal Opportunity/Affirmative Action and Diversity Award for his work recruiting and mentoring underrepresented students and students with diverse backgrounds. You can read more about his outstanding efforts here.

The bioengineering department will showcase 16 posters at Research Expo 2016 on April 14, 2016.