Just imagine you have to find a tumor cell in a milliliter of blood. One stray cell among many millions of healthy ones; one cell that you have to recognize and isolate so you can further investigate it. Sure, there are tools out there to help you. But now researchers are developing a chip-sized detective that may find the cells you’re looking for faster and cheaper than ever before. Moreover, this new diagnosis tool will be much more compact than existing tools, and much easier to use. The secret: a smart combination of silicon technology, lens-free microscopy, and ultrasmall steam bubbles.

Scanning Everything from Tumor Cells to Stem Cells
The evolution in chip technology has given us smartphones that far outcompute the room-sized servers of a few decades ago. In a few seconds, e.g., anyone anywhere can now take their smartphone, find out who first detected the HIV virus, and download the latest articles on the subject. This thanks to the enormous miniaturization of computer processors, image sensors, memory chips, wireless communication chips and high-resolution screens, all packed into an elegant and compact ‘box’, also known as your smartphone. 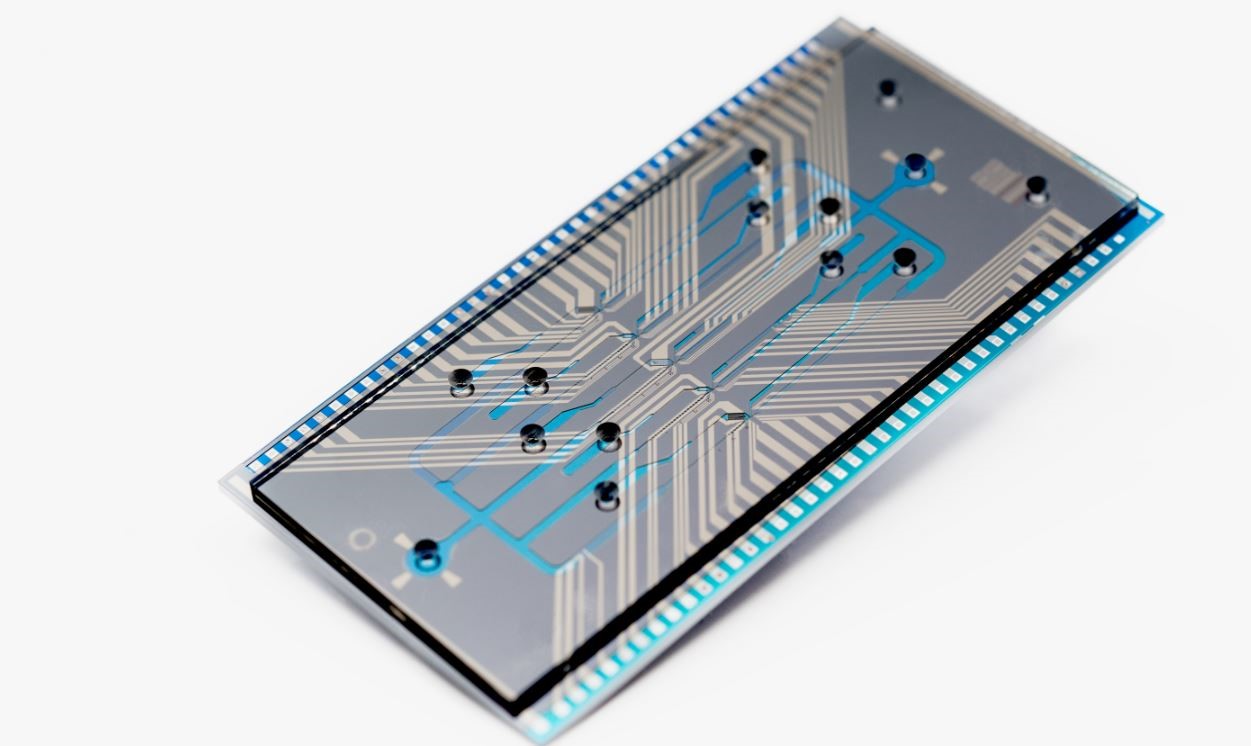 ‘Cell sorter’ chip that identifies and sorts 3,000 cells per second.

What would happen if we could also apply this extreme miniaturization of systems also on tools for medical diagnosis? To make tools that would allow any medical doctor to do complicated tests on the fly, e.g. screening blood cells in a patient’s blood sample. Think of a cancer specialist, who would immediately be able to see if a patient has tumor cells roaming in his blood, a potential sign of metastatic cancer. Who would check after a patient’s chemotherapy if the number of tumor cells in the blood has diminished and if the treatment has to be continued or modified. A tool also that would make it possible to see if a patient’s blood is contaminated by specific bacteria, allowing to start a targeted treatment immediately.

Such a high-throughput ‘cell sorter’ chip would not only lead to faster diagnosis. It could also allow a very fast way to isolate tumor cells in order to sequence their DNA and start a treatment based on the characteristics of the specific tumor type. Or used in stem cell therapy, it could be deployed to check if a colony does not contain any bad cells. In the process of culturing cells, something may go wrong, resulting in cells that may be dangerous for patients.

So a compact, fast, and easy-to-use cell sorter chip would open up many possibilities for practitioners in hospitals, remote points of care, or at the doctor’s practice.

A Concept Comes Alive
The idea for the high-throughput ‘cell sorter’ chip was developed two years ago (see https://vimeo.com/82078661 and figure 2). R&D manager Liesbet Lagae was awarded a prestigious ERC-grant to further develop the promising idea. And imec scientists made the first building blocks and integrated them in a chip of 4cm x 2cm (figure 3), with the following process for a cell analysis: 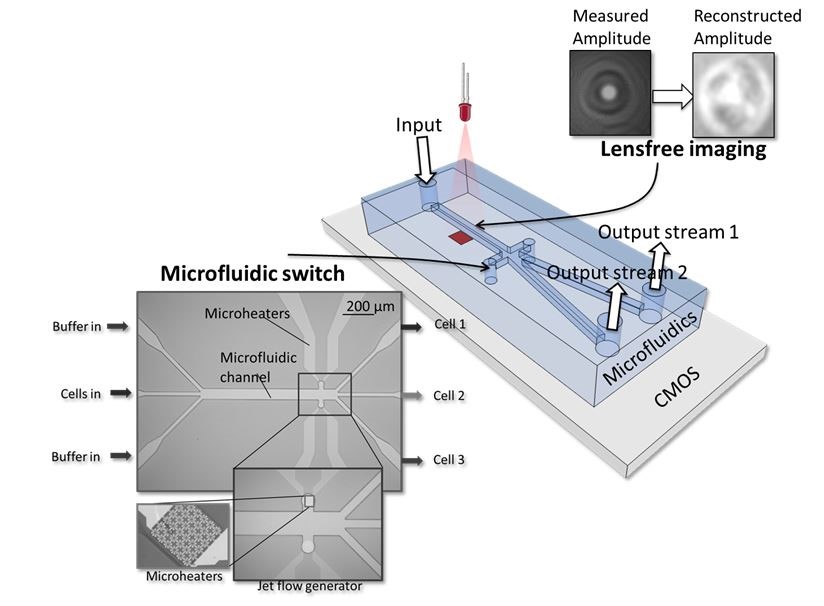 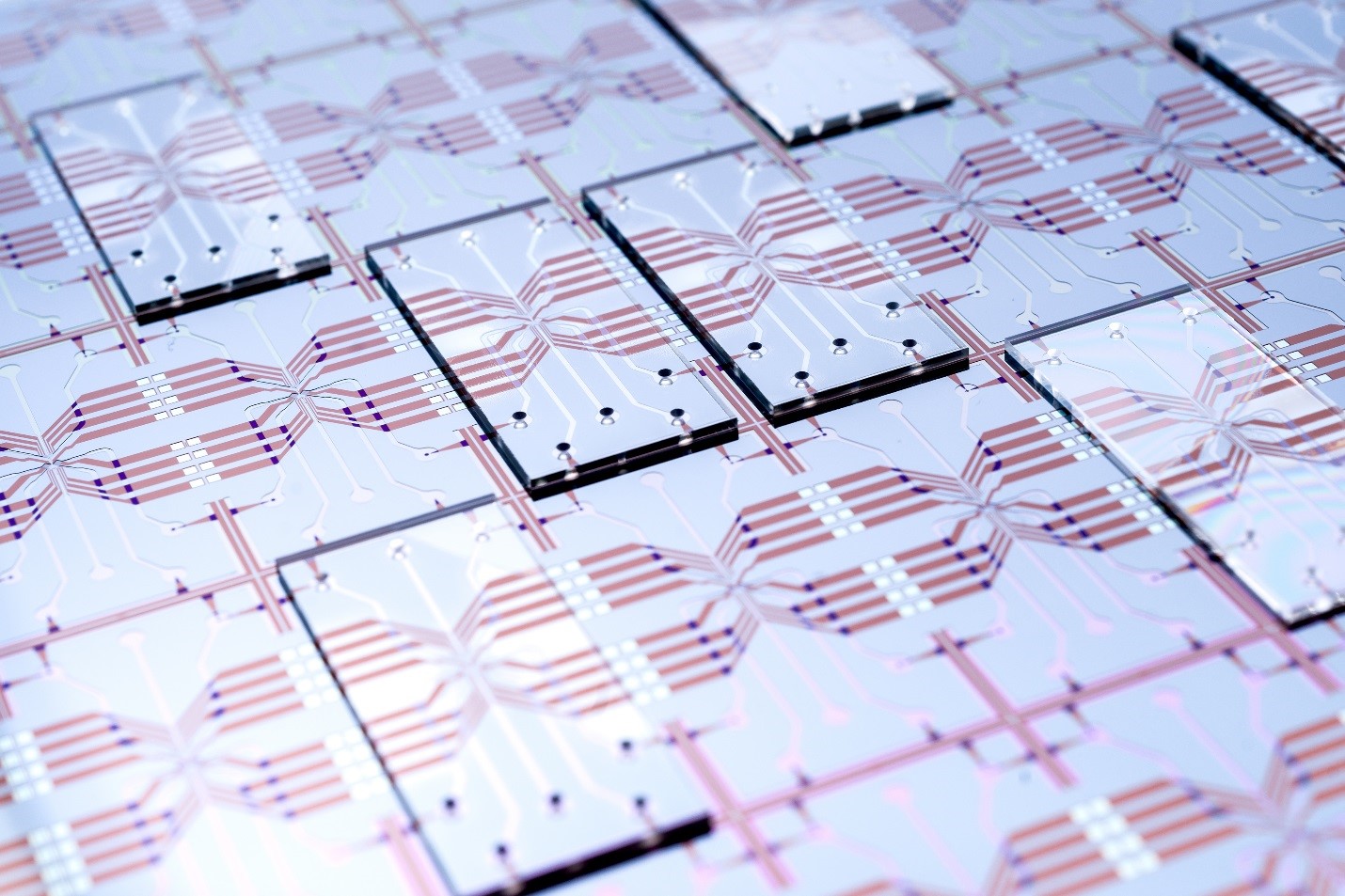 A Smart Combination of Silicon Technology, Lens Free Microscopy and Ultra Small Steam Bubbles
The ‘cell sorter’ chip is fabricated in silicon technology, the same technology also used to make computer and memory chips. One of the advantages is that all building blocks can be mass-produced extremely compact and be integrated in a cost-efficient way. This cost advantage becomes even greater if more, parallel sorting structures are integrated on the chip.

For visualizing and identifying cells, the cell sorter uses lens-free digital holographic microscopy. A laser on top of the microfluidic channel illuminates the cells as they pass. An image sensor placed under the channel captures the interference pattern of the laser light and the light that has passed through the cells. With this interference pattern, an image of the cell can be reconstructed. The image quality is comparable to that of phase contrast microscopy. We optimized this technology, improving the resolution considerably by using a light point source (which creates a ‘zoom’ effect). 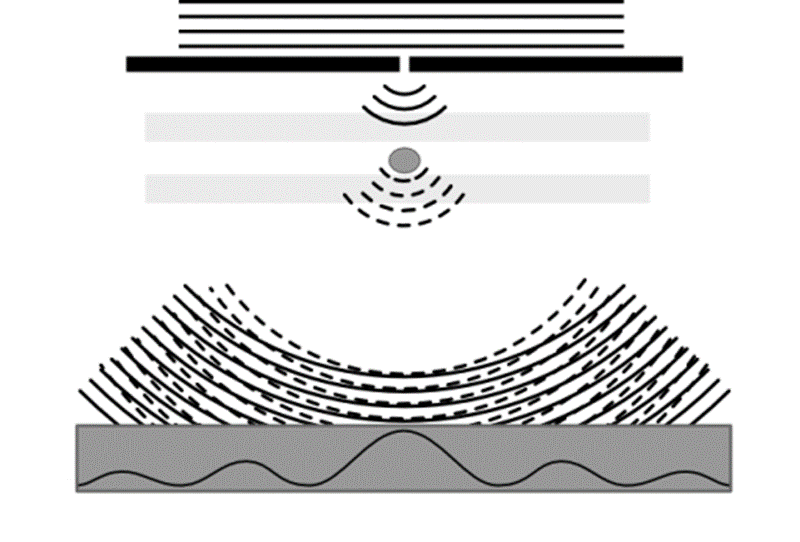 Lens free digital holographic microscopy captures the interference of direct laser light with light that has passed through the cell.

Experiments with blood samples have shown that this technique allows to distinguish between three major classes of white blood cells: granulocytes, monocytes, and lymphocytes. These types differ in their size and granularity of the cell contents. In the experiments, we first looked at samples that contain only one type of cell. This allowed to optimize the classification algorithm. Next, we analyzed a full blood sample, with the results shown in figure 5. These results are highly comparable with those obtained with a clinical hematology analyzer (figure 6), which proves the validity of the lens-free microscopy technique. 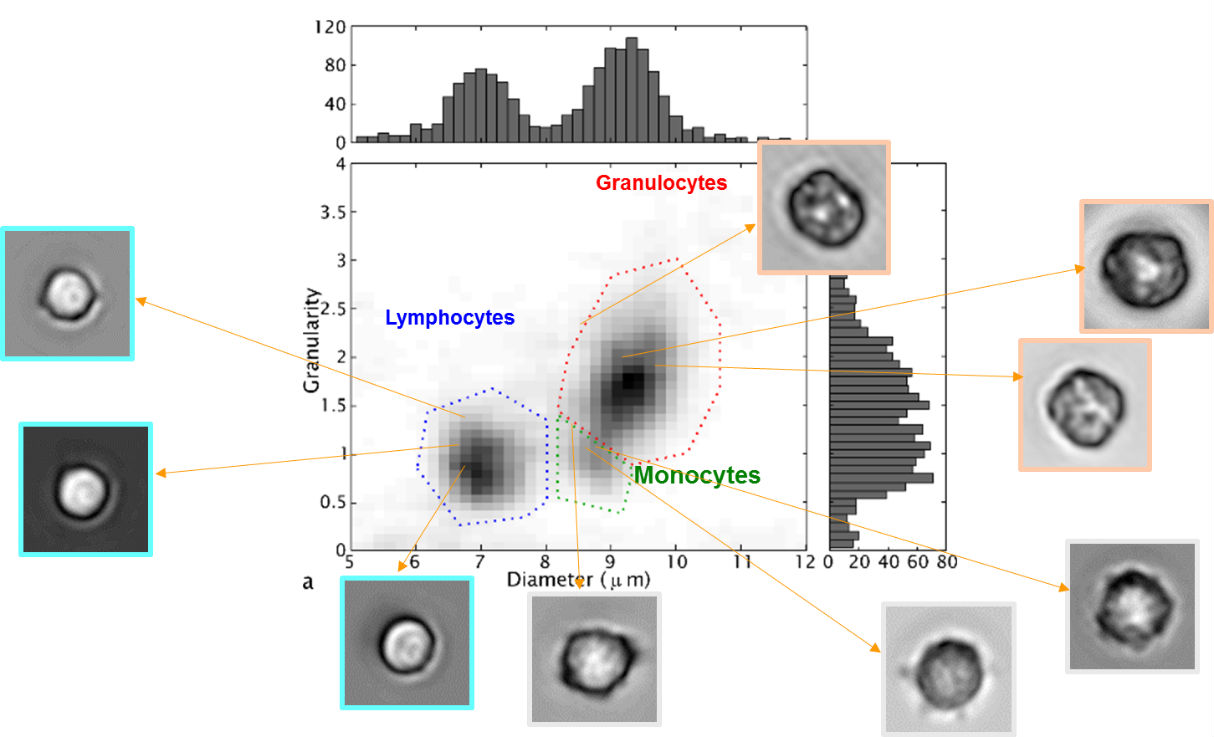 Figure 5: With the help of lens-free microscopy, three types of white blood cells may be recognized in a blood sample

Figure 6: The measurements of the ‘cell sorter’ chip and a conventional hematology analyzer show highly comparable results for the percentage of blood cells from the three subtypes in a sample

The microfluidic switch that we use to separate the cells of various types is based on small, starlike heating elements (figure 7). Our prototype contains 288 such elements, situated after the microscope and on both sides of the channel. These heating elements create steam bubbles that push the cells into the right channel. Sorting with these jet flow generators takes about 100 microseconds per cell. This speed is unique, and is also the result of not using any moving elements.

Figure 7: Sorting the cells is done through small, starlike heating elements that cause small steam bubbles. These pressure the cells into the appropriate channel.

The Power of Parallelization
This concept and prototype of a cell sorter becomes extremely powerful if you consider the parallelization that is possible with the silicon technology. The first prototype has one microfluidic channel with a lens-free microscope and with jet flow generators on both sides of the channel – but it is fairly straightforward to extend this design to hundreds of channels that function in parallel and thus can sort hundred thousands and even millions of cells. That way, it becomes possible to attain an unseen throughput for cell analysis and isolation. In our design, the number of channels we can add is limited by the chip area and related cost (we estimate that a hundred channels will take up a square centimeter of silicon); by the power of the laser of the lensfree microscope; and by the computations needed for the image recognition. Currently, the researchers work to fabricate a 5-channel sorter as a proof-of-concept for the improved throughput and parallel sorting.