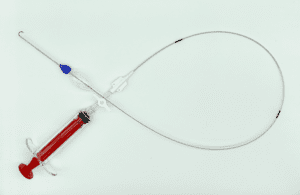 Stopping internal bleeding from torso trauma has its technological challenges. Asha Parekh, co-founder and CEO of Front Line Medical Technologies, has developed a small, quick and easy device that could solve the problem.

Asha Parekh, who holds a Ph.D. in biomedical engineering, collaborated with vascular surgeon and cofounder Adam Power, who noticed the potential for a device to stop internal bleeding more quickly to save more lives. COBRA-OS is made for physicians and potentially first responders to help patients survive non-compressional torso hemorrhage.

“This was a huge opportunity. The technology that’s out there isn’t the easiest to use,” Parekh told Medical Design and Outsourcing. “We’re not reaching a lot of the patients that could be surviving these types of situations.”

COBRA-OS is used mostly in resuscitative endovascular balloon occlusion of the aorta (REBOA) procedures performed in hospitals on patients suffering trauma, postpartum hemorrhage and gastrointestinal hemorrhage. It has Health Canada approval for arterial occlusion and is being studied in other applications.

The device is inserted into the patient through the femoral artery in the groin. The physician uses a guidewire to push it up to the aorta and deploys the device to block blood flow from the aorta. Cutting the blood supply to the lower extremities limits the circulation temporarily to the brain and the heart to prevent stroke or heart attack.

“You’re essentially turning off the tap to the lower limbs but making sure that the two vital organs that keep you in good standing — the brain and the heart — continue to receive blood,” Parekh told MDO.

With the COBRA-OS inside the aorta, the physician pumps liquid into the device to create the occlusion. Once the aorta is blocked, the patient can receive definitive care. The device can be deflated and removed once the bleeding has subsided.

One of the biggest challenges for Parekh and the team was creating a device that was so small that it could be used quickly and efficiently while pushing fluid through a small channel. It also had to be able to safely enter and move through the vasculature into a larger artery — the aorta — which it needs to occlude. Creating a device almost as small as the diameter of a pinhead risked losing the rigidity of the device as it gets smaller, Parekh said. 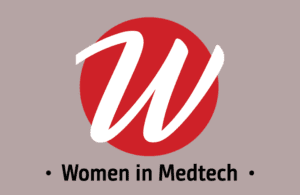 “When developing something so small, the assumption might be that you’re trading off the rigidity because it’s smaller and maybe not as sturdy,” she said. “We have not forsaken any of that stiffness. It’s comparable.”

“The small factor is the most important point because it allows it to be faster and leads to it being safer,” Parekh said.“There’s a law of physics there that you need to abide by. It can only go so fast depending on the size of the channel. There’s a trade-off, practically speaking.”

Front Line Medical plans to study the device more to show additional benefits and features. Parekh said the company is also looking at ways to broaden the device’s application to other applicable situations beyond trauma.