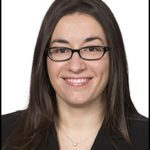 You’ve developed an idea for a new medical device and you’ve even found a manufacturer to actually create it. Don’t forget to protect your product from those who might take credit for it or create a competing product. In order to do so, keep the following three issues in mind.

One way to minimize such risks is to use a nondisclosure agreement (NDA) – sometimes referred to as a confidentiality agreement –in your business practices. (You may also want to incorporate a nondisclosure provision into your employment agreements.) Such agreements may set out the terms under which information should be kept confidential – for example, any work or discussions relating to the product or future versions of the product, any work or discussion that falls within the scope of a product’s manufacture, or any work or discussion that falls within the scope of one’s employment. The agreement may also dictate the owner of such information, the duration of the term (for example, indefinitely, a set time period after disclosure, during a term of employment, and until the completion of the manufacturing of a product), and the consequences of disclosing such confidential information to a third party. A signed agreement will provide the security of conducting your meetings knowing that the information you disclose is and will remain confidential.

Sometimes, however, even if you have prepared an NDA, a potential manufacturer may refuse to sign the agreement prior to meeting with you. In such instances, you may wish to consider filing for some form of IP protection before conducting any meetings. For example, you could file a provisional patent application, which would keep the invention confidential at the Patent Office and give you a year to decide whether to invest more funds into the product or to seek additional patent protection. In this example, even if your conversations with partners end up being considered public disclosures, or if the manufacturer turns around and repeats what you discussed or makes a competing product, you have already taken steps toward obtaining a patent to eventually block them from copying.

Some innovators do both: they will enter into the appropriate confidentiality agreements with their partners but will have already filed a provisional or even a regular patent application before their meeting. And during that meeting, they will limit the conversation to only that information contained in the patent application.

When entering into a manufacturing agreement, it is important to consider the terms of the contract, especially when they pertain to potential IP rights. During the manufacturing process, features on a device will inevitably be changed or added due to costs, availability of a particular component, or to improve efficiency or functionality. New versions of the product with additional features may also be developed at a later date with the assistance of the manufacturer. Unfortunately, if a contract is silent with respect to the ownership of such changes or improvements, or if the contact terms are not clear, there may be confusion as to who owns these improvements and who has rights to commercialize them.

A simple but well-known example illustrates this issue. Suppose you invent a new chair and bring it to your contract manufacturer. They in turn suggest adding rockers to the legs. Who owns the rocking chair idea? The supplier might argue it is theirs, whereas you will argue that it is derived from your chair idea and therefore you should own it. Further, lack of consideration for this issue at the outset could not only complicate your relationship with the manufacturer, it could also complicate your ability to obtain patent protection for one or more of your products (or product features). To avoid such confusion, consider including a section in your manufacturing contract that outlines the ownership of each product or any product improvement. For example, a contract could specify that your company owns all of the rights to the product, including improvement rights. Alternatively, there could be shared ownership between your company and the manufacturer regarding any improvements of the product.

Whatever ownership you end up agreeing upon, also consider including contract provisions that include obligations to assign any pertinent ownership rights. For example, if the ownership of the product, including any improvements, belongs to your company alone, your contract terms should require that the manufacturer and any employees working for the manufacturer be obligated to assign their rights to the product or product improvements to your company. Under this example, should you decide to seek patent protection, you would be able to list your company as the applicant for the patent (in other words, as owner of the product via an obligation to assign) and make all patent-related decisions.

3.) When to seek patent protection

Securing patent protection to cover your products is one way to protect your investment. For example, a patent may be used to deter or even stop a competitor from entering the marketplace with a product having the inventive features you developed. You may file utility patents to cover the functionality of your product or design patents to cover the appearance of your product. For robust protection, you may even consider obtaining both utility and design patents, or perhaps more than one of each type of patent. For example, you may try to get patents to cover the appearance and functionality of the entire device and also to cover a particular inventive feature of the product. However, your activities during both development and production of your device (for example, outsourcing) may affect your ability to obtain patent protection in the US and internationally. As such, the timing for applying for patent protection is important.

Under current US patent law—that is, since the America Invents Act (AIA) went into effect in 2012—you are entitled to a patent if your invention is not “in public use, on sale, or otherwise available to the public” before you file your patent application. As mentioned above, since disclosures to a potential manufacturer may be considered public disclosures, you may consider using a confidentiality agreement or filing for IP protection before any such meeting.

With a full appreciation of these and other issues, you will be well on your way to engaging with partners to manufacture your product innovations—without losing out on the patent protection you deserve.

Andrea D. Merin is an associate and Neil P. Ferraro is a shareholder in the Mechanical Technologies Group at intellectual property law firm Wolf Greenfield in Boston. They can be reached at amerin@wolfgreenfield.com and nferraro@wolfgreenfield.com, respectively. 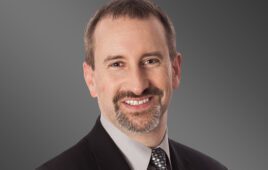 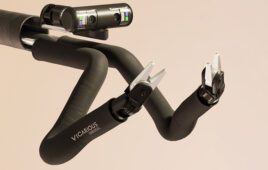 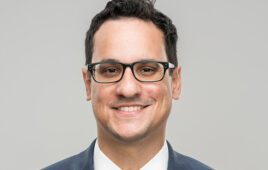 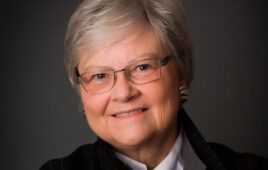