As a teenager, an active and athletic Randy Shepherd twice contracted rheumatic fever, which damaged his heart. He continued enjoying sports and recreation throughout his life.

But by June 2013, Shepherd’s heart was giving out and he was a few hours or days from death. On June 20, 2013, the Mesa, Arizona resident received a SynCardia temporary Total Artificial Heart (TAH-t). Like a heart transplant, the SynCardia TAH-t is the only approved device that eliminates end-stage biventricular (both sides) heart failure.

When Shepherd became clinically stable with the SynCardia TAH-t implant, he received the Freedom portable driver, which allowed him to be discharged from the hospital to wait for his matching donor heart at home. 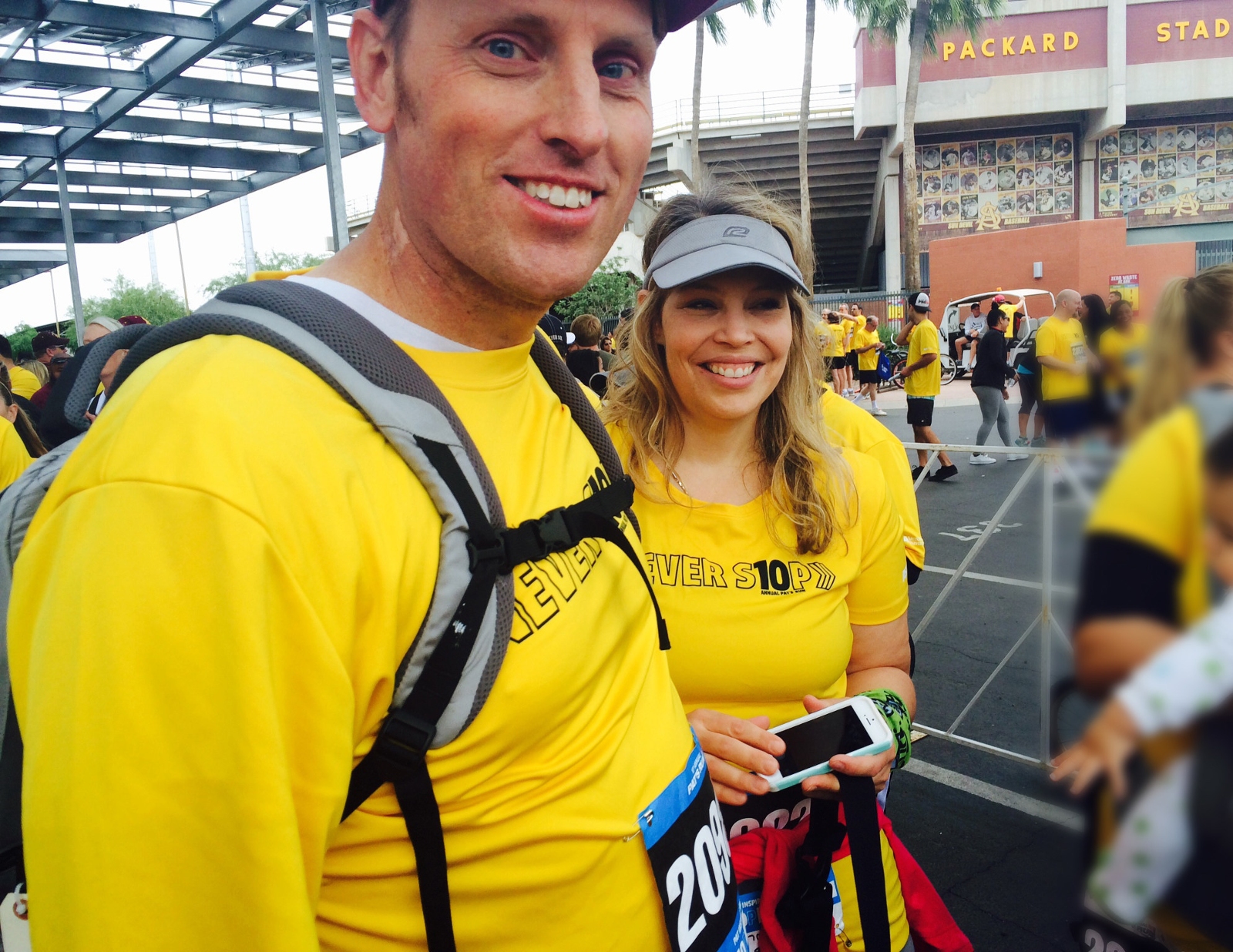 On April 29, 2014, Randy Shepherd made history by being the first person to enter and complete a public long distance run (4.2 miles) with the SynCardia Total Artificial Heart powered by the Freedom portable driver.

He started an exercise regimen that included lifting weights and walking. His wife, Tiffany, went with him on half mile-long walks around the neighborhood and on desert trails.

In 2014, Shepherd wanted to challenge himself and prove that he was fit enough to do Pat’s Run with the SynCardia Total Artificial Heart. The Tempe, Arizona, event honors fallen soldier and NFL player Pat Tillman.

On April 26, 2014, Shepherd walked the 4.2-mile course with Tiffany, completing the course in one hour and 40 minutes. He carried the 13.5-pound Freedom portable driver in a backpack the entire length of the run.

“My feeling was that I can’t believe I had done that,” says Shepherd, who was known by friends and the public as the “tin man.” “I was a bit unsure of myself, but I was amazed that I had done it.”

After 15 months of support with the SynCardia Heart, Shepherd received his donor heart transplant September 15, 2014 and was discharged from Banner-University Medical Center Tucson on October 8.

He credits the SynCardia TAH-t for allowing him to build muscle that strengthened him for the transplant. “I had that reserve to get up and get around,” he says.

Last year, he fulfilled a promise that he would be back to participate in the April 25, 2015 Pat’s Run, with or without a donor heart. With his donor heart and accompanied by his then 17-year-old daughter, Krista, he completed the course in about 58 minutes, keeping a jogging pace for about half of the race.

It turned out it was not his donor heart that slowed him down, but aching knees. “My knees hurt like crazy,” he says. “Cardiovascularly I felt great.”

This year, despite pulling a calf muscle shortly after the race began, Shepherd, 42, completed the race with Tiffany.

“Before I received the SynCardia Heart, I always thought that there would be another time for things like Pat’s Run,” says Shepherd. “With my second chance at life I have learned to live my life better.

“Last year (2015) I never doubted I could do it,” Shepherd says. “I had a feeling of accomplishment that time, rather than astonishment the first time. 2016 will not be my last race. You’ll see us next year among 35,000 other participants.”