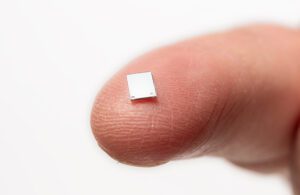 With a solid electrolyte, high energy density and thin packaging, solid-state batteries are getting smaller and enabling devices to be implanted in more parts of the body.

It has been more than six decades since Åke Senning implanted the first heart pacemaker in a patient. Even though today’s pacemakers have improved treatment considerably, the same principles apply: Power is supplied from a battery to a pulse generator to maintain an adequate heart rate in the patient.

A similar principle can be applied to medical practices such as neuromodulation, which alters nerve activity through targeted electrical stimulus. Neuromodulation was originally developed to treat chronic pain through deep brain stimulation, but as the subject has become more widely understood, its use has spread from pain relief to other types of treatment, including for Parkinson’s disease, pelvic disorders and angina.

Normally the patient has to attend a healthcare center for this type of treatment or use a battery pack to power the implant. If implants could be made smaller with an integrated power supply, then many more opportunities would be created.

For example, cardiac sensors and leadless pacemakers could be developed and implanted into the heart using a catheter. This type of treatment would offer many benefits: the surgery would be less intrusive, recovery time for the patient would be shorter with less risk of infection and the process itself would be much quicker and less costly. A better power source would also ensure that the implant could stay in place for a longer period of time, reducing the amount of surgery overall. Finally, wireless technology could be included to provide a higher level of information on the patient’s condition through additional sensors in the implant. The same wireless technology could also be used to easily modify the programming of the device. 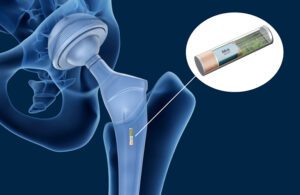 The main hold-up to designing smaller medical devices is the battery. The other main components that make up a neuromodulation device or a pacemaker have already been miniaturized, such as the microcontroller, power management integrated circuit and wireless controller.

Currently, the batteries that are mainly used for medical implants are bulky and non-rechargeable. If a patient has to have surgery to replace batteries, then it makes sense to put as much energy storage in place as possible to extend the time between surgeries. Rechargeable batteries would be ideal to extend the time between procedures even further, but historically patients have shown a low level of compliance when asked to charge them. There have also been other problems with rechargeable battery technologies, such as the liquid electrolyte used in lithium-ion technology having the potential to burst into flames.

However, there has recently been a breakthrough in battery technology that can provide medical developers with a smaller, rechargeable solution. Solid-state batteries use a solid electrolyte that is safe for patients, meaning that they don’t need to have the bulkier metal packaging used by other batteries. They also have other advantages, such as a quick recharge time of around 10 minutes, which should offer a solution to the problem of patients neglecting to recharge batteries. The combination of a high energy density and a thin packaging means that solid-state batteries can be made much smaller while providing a similar amount of energy.

A practical example of a solid-state battery for use in medical implants is Ilika’s Stereax M300, which will be available by the end of this year. The Stereax M300 uses energy dense chemistry and patterning to provide a capacity of 300µAh that can easily be recharged using energy harvesting technology. That capacity can be increased by stacking batteries together, or given a short-term output boost with the addition of a single capacitor when power demand is high. The Stereax M300 is under a millimeter high, and that form-factor is customizable. It is also safe and moisture resistant, making it ideal for use in medical applications.

The future of treatment

Although already proven, the technology behind solid-state batteries is still in its early stages. The Stereax M300 provides enough power for low-level electrical stimulation, such as that required for gastric stimulation, or vagus nerve stimulation to treat Parkinson’s disease. Ilika has a product roadmap that will see the company launch a series of increasingly larger capacity batteries to provide medium-level stimulation for complaints such as sleep apnea, and finally larger-scale stimulation for chronic back pain and spinal cord stimulation.

Newer charging technologies will soon become available, allowing implant patients more freedom. In the short term, ultrasound technology will allow batteries to be recharged through the human body. In the longer term, directional wireless charging technology will be able to track an implant across a room and continuously top off its battery. Technologies like these will remove the responsibility of recharging from patients and allow the technology to be used in more life-critical applications.

However, as the battery is a core function, it needs to be thought of during the design stage and not left to the end to see what batteries are available that might work. One size does not fit all. Engaging early and working with the battery manufacturer during the design stage enables the device the power to reach its full potential. Customized batteries will be designed around the device, rather than the device being designed around standard options. 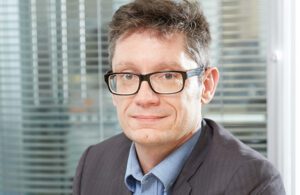 The opinions expressed in this post are the author’s only and do not necessarily reflect those of MedicalDesignandOutsourcing.com or its employees.