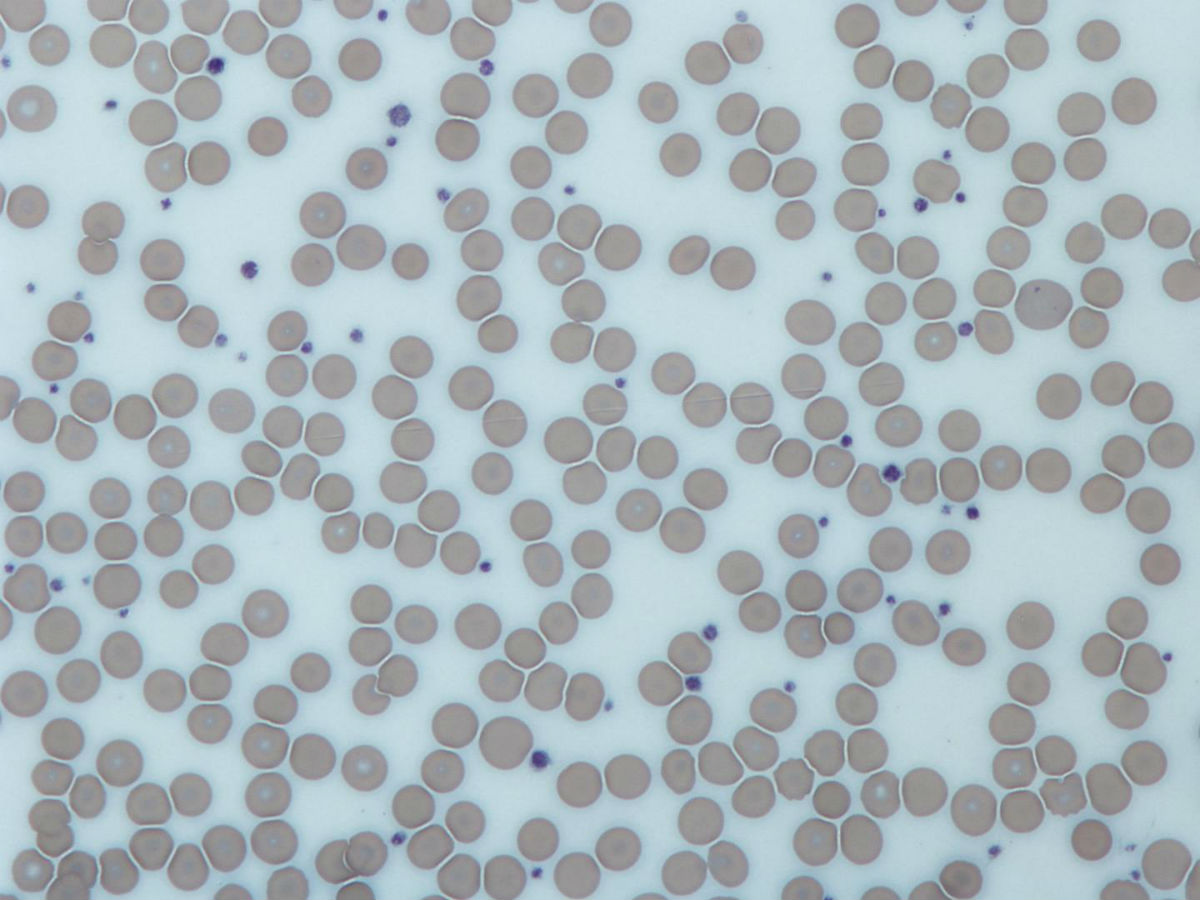 Faculty of Medicine scientists have created a “Franken-platelet” – a supercharged blood cell – that might be capable of healing major wounds, busting clots or blocking inflammation.

Named for their disk-like shape, platelets stop bleeding by adhering to a rupture in blood vessels, plugging the hole, and secreting proteins that trigger the formation of blood clots. Despite their importance, platelets are relatively simple – unlike most cells, they lack a nucleus, and thus don’t have DNA.

Assistant Professor Christian Kastrup, in the Department of Biochemistry and Molecular Biology and the Michael Smith Laboratories, and graduate students Vivienne Chan and Stefanie Novakowski injected platelets with DNA and other ingredients needed to make RNA – the crucial molecules that transform DNA’s code into the multitude of proteins that carry out a cell’s many activities.

The resulting RNA, the first-ever produced inside a platelet, didn’t endow the cells with any new powers. But the RNA, when extracted from the platelets and immersed in a soup of cellular biochemicals, performed as predicted, producing proteins that glowed when exposed to certain types of light.

The experiments, described in an article this week in the German chemistry journalAngewandte Chemie International Edition, point the way to fortifying platelets with more useful genes.

One possibility is making platelets even better at blood clotting. These supercharged platelets would be programmed to release more coagulation enzymes, enabling them to seal ruptures that would prove too large for normal platelets.

But the researchers’ breakthrough also raises the possibility of endowing platelets with powers they don’t currently have. For example, they could release RNA or proteins that decrease inflammation – the natural response by injured or infected tissues that, when unchecked, leads to such diseases as artherosclerosis or arthritis.

Platelets might even be programmed to “go against type,” releasing proteins that degrade clots near the heart or brain, where they can cause heart attacks or stroke.

“This technology could be used to make platelets that go beyond their present capabilities,” says Dr. Kastrup, a member of the UBC Centre for Blood Research. “Platelets are a basic component of blood, so they make an excellent way to deliver therapies to people with uncontrollable internal bleeding, or inflammatory diseases, or dangerous clots. We’ve gotten platelets to make their own RNA; our next step is getting them to make therapeutic RNA, or therapeutic proteins.”

How Abbott seeks to improve care, health inequities for people with cardiovascular disease