Death continues to haunt a government hospital in north India that came under fire earlier this month after dozens of babies died within two days.

Dr. P.K. Singh, the head of the BRD Medical College in Gorakhpur city, said Wednesday that at least 217 children died there in August alone due to a variety of reasons including an annual encephalitis outbreak. Singh added that 42 children have died in the last 48 hours. Seven of the deaths were from encephalitis while the others were attributed to other medical complications.

The hospital found itself in the middle of a media storm earlier this month when 33 children died there Aug. 10 and 11 around the same time as a disruption in the oxygen supply. A team of experts from New Delhi later said that the interruption was not responsible for the deaths, but there was fury in India over how the hospital let oxygen run out.

It’s well-known that encephalitis wreaks havoc in the area every year during the monsoon season.

Experts say this year, fatalities from encephalitis are expected to be high because of excessive rains and flooding across eastern Uttar Pradesh and particularly the area in and around Gorakhpur. 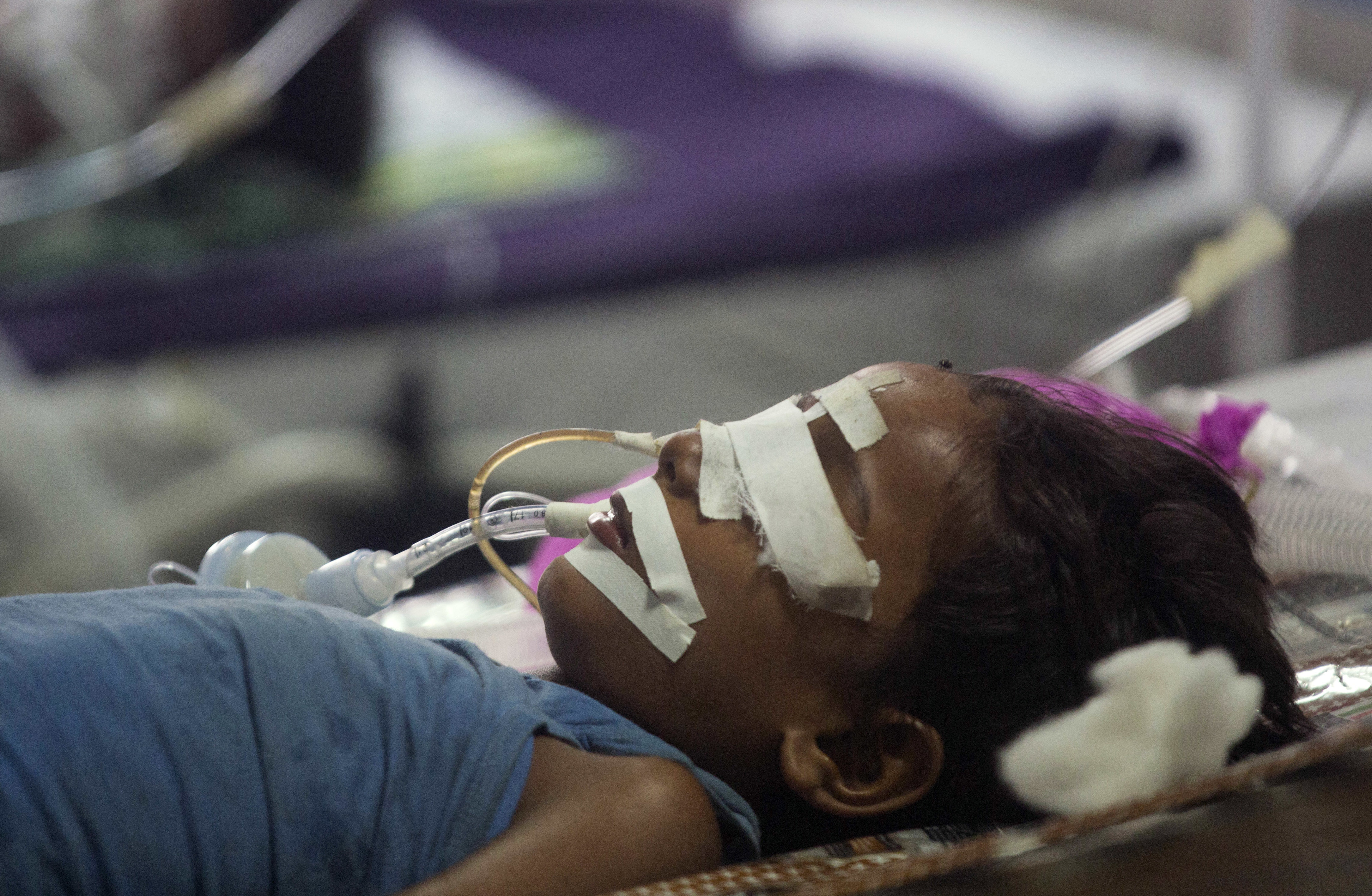 In this Aug. 13, 2017 file photo, a child receives treatment at the state-run Baba Raghav Das Medical College Hospital in Gorakhpur, Uttar Pradesh, India. The government hospital in north India where dozens of babies died within two days earlier this month said on Wednesday, Aug. 30, that at least 217 children died there in the month of August due to a variety of reasons including an annual encephalitis outbreak. (AP Photo/Rajesh Kumar Singh, File)

The city is 250 kilometers (155 miles) southeast of Lucknow, state capital of Uttar Pradesh.

Medical experts say the government continues to be taken by surprise and unprepared for what is now an annual cycle of disease and death.

“Any layman can tell you that in view of flooding, the cases of vector-borne diseases are likely to go up. But what shocks me is that the administration has taken no preventive step,” said Dr. R.N. Singh, a local expert who has worked with encephalitis patients for years. “There is no attempt to prevent spread of communicative diseases.”

Encephalitis has killed more than 4,000 children and sickened nearly 25,000 since 2010 in Uttar Pradesh. Some of the children who died had the brain-swelling condition.

Acute encephalitis syndrome causes patients to suffer from fever, vomiting, headaches and brain function issues such as confusion, trouble speaking and coma along with seizures. The condition can leave surviving children paralyzed and mentally impaired.

Outbreaks can be timed every year to the monsoon season that runs from June through September.