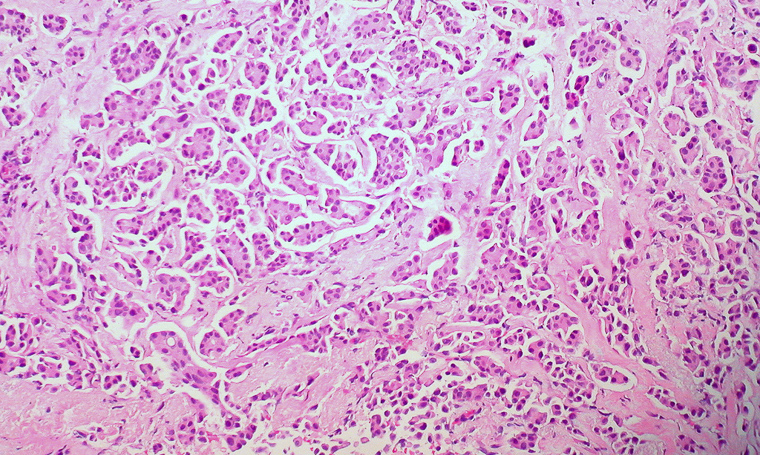 Tiny sensors that can detect the spread of cancer through the lymphatic system while a patient is having surgery to remove primary tumors could dramatically reduce the need for follow up operations.

Researchers at the University of South Australia’s Future Industries Institute have developed an ultrasensitive sensing technology for use during surgery, based on state-of-the-art, nanostructured silicon field-effect transistors.

UniSA Associate Professor Benjamin Thierry said the technology provided superior detection of cancer cells hidden among healthy tissues and could be completed during an operation, reducing the need for further surgeries.

He said under current practices, surgeons operated to remove a primary tumor and took samples for pathological examination to see how far a cancer had spread, with results taking up to a week.

“Breast cancer is one of the most obvious applications but the possibility of distinguishing the benign from malignant tissue is a general issue in many types of cancer,” Assoc Prof Thierry said.

“We estimate that reliable intraoperative testing during surgery could spare up to 40 per cent of breast cancer patients a secondary surgery.

“Not only is the technology extremely reliable and efficient, it will also help to spare some of the trauma associated with cancer treatment, eliminating the need for multiple operations and giving doctors more confidence to make informed decisions during surgery.”

The collaborative project between University of South Australia and the Forschungszentrum Jülich GmbH in Germany is supported by the National Health and Medical Research Council.

Assoc Prof Thierry said the research showed the accuracy and sensitivity of the silicon transistors was more advanced than anything being used today.

“In model studies, the technology proved so refined it could detect even one tumor cell per lymph node, making it as much as a thousand times more sensitive than the most advanced technology clinically available to date.

“Perhaps even more significantly for cancer patients and their doctors, is that the whole analysis could be completed within an hour.”

Assoc Prof Thierry said the next move was for the Adelaide-based researchers to work with their project partner in Germany towards using the technology in a pilot clinical study.

“Then we’ll engage with clinicians to validate the technology against the gold standard,” he said.

“It’s always a long road to be able to validate technology but we think this is an interesting approach … but we’re talking about two to three years before we have a full validation of the technology.”

“We’ve had some discussions with a number of potential commercial partners but it is still early days.”

The research was published this month in the journal ACS Nano.