An interdisciplinary team of researchers at North Carolina State University has developed a composite material that emits light and heat when exposed to specific wavelengths of radiation and that can be customized to have specific mechanical characteristics. The composite holds promise for use in biomedical imaging, drug delivery and therapeutic treatments.

“The radiosensitivity is what makes the material useful for biomedical applications, and the ability to tune the mechanical properties makes it less likely to be rejected by the surrounding tissue in the body,” says Nora Berg, a Ph.D. student at NC State and lead author of a paper describing the work. 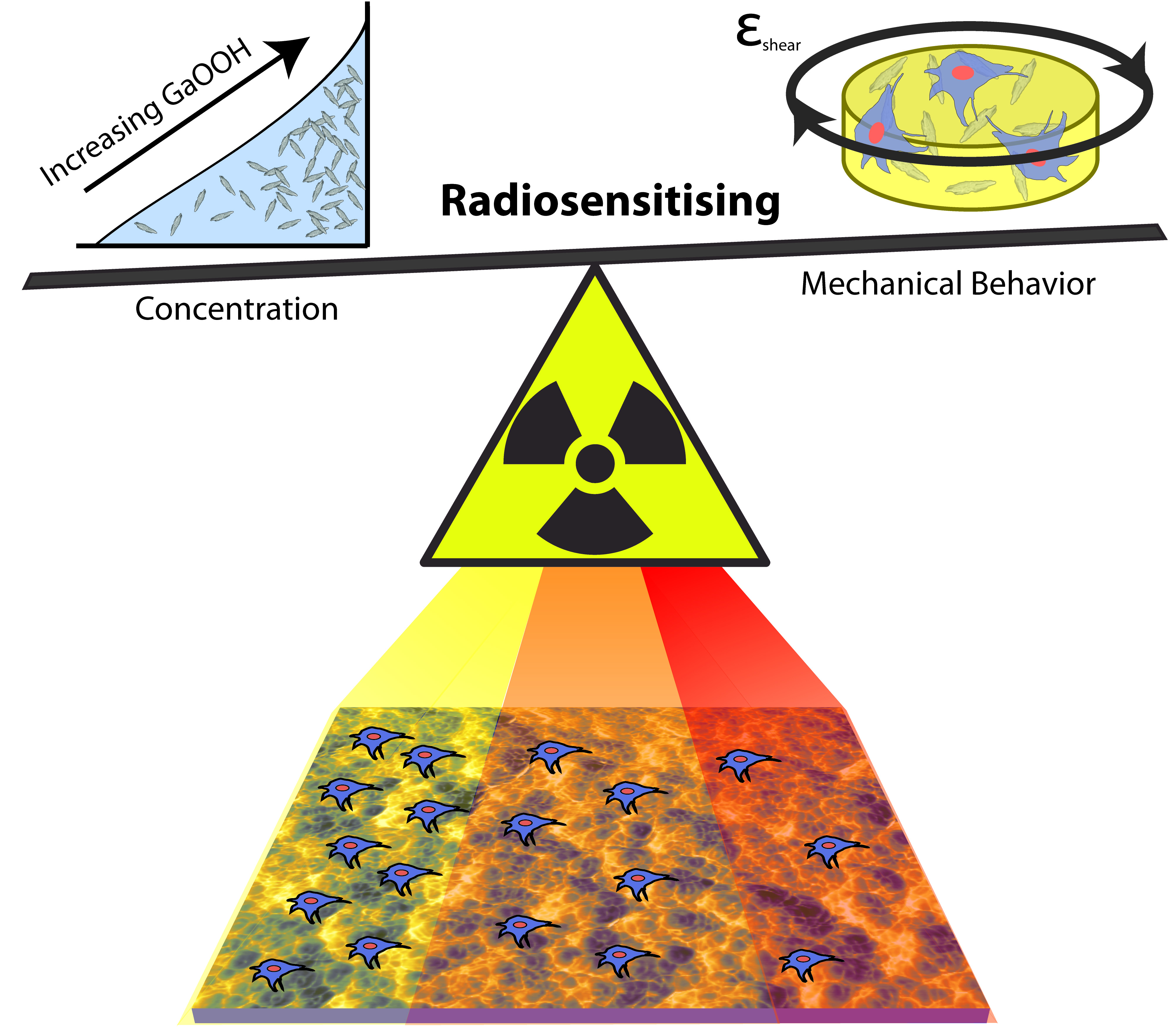 The material is a composite of a biological gel made of proteins and gallium oxyhydroxide (GaOOH), which is a semiconductor material. Specifically, the GaOOH is dispersed in the biological gel in the form of crystals that are 200-300 nanometers in diameter and approximately one micron – or micrometer – in length.

“When the composite is exposed to wavelengths of radiation that would be used in clinical settings, the GaOOH responds by heating up and emitting light,” Berg says.

“This response to radiation makes it attractive for use in some therapeutic applications,” says Albena Ivanisevic, corresponding author of the paper and a professor of materials science and engineering at NC State. “The radiosensitive response can help generate reactive oxygen species – like peroxide – that can be used to kill cells. So, this material may have value for targeting localized cancer sites.”

The mechanical properties of the composite can be tuned by adjusting the concentration of GaOOH; adjusting the amount of GaOOH changes the structure of the gel, which affects the gel’s stiffness. The mechanical properties were investigated in collaboration with Saad Khan’s research group in NC State’s Department of Chemical and Biomolecular Engineering.

To determine how the composite may interact with cells, the researchers did a proof-of-concept study. First, the researchers grew mouse-derived connective tissue cells – called fibroblasts – on the surface of composite samples. They then worked with researchers in NC State’s College of Veterinary Medicine to expose the cell-covered samples to different amounts of clinically-relevant radiation.

The researchers found that higher doses of radiation increased cell death – but so did higher concentrations of GaOOH.

“This means that you can increase the concentration of GaOOH in the composite to cause cell death at targeted sites, while using less radiation,” Ivanisevic says.

The researchers now plan to evaluate how the composite works with other cell types, such as neuronal cells, that are more resistant to radiation.

“The composite is relatively inexpensive and easy to make, and could be scaled up,” Ivanisevic says. “It’s important to note that, while this has practical applications, it is fundamental work – we are still in the in vitro testing stage. A lot of work lies ahead before this will be viable for clinical use.”