Diffusion tensor imaging (DTI), a type of MRI, may be able to predict functional post-deployment outcomes for veterans who sustained mild traumatic brain injury (MTBI), or concussion, during combat, according to a new study published in the journal Radiology.

MTBI is a public health problem of increasingly-recognized importance, particularly among military veterans. Recently, there has been a dramatic rise in the incidence of combat-related MTBI. More than 300,000 U.S. service members were diagnosed with MTBI between 2000 and 2015, according to the Armed Forces Health Surveillance Center. 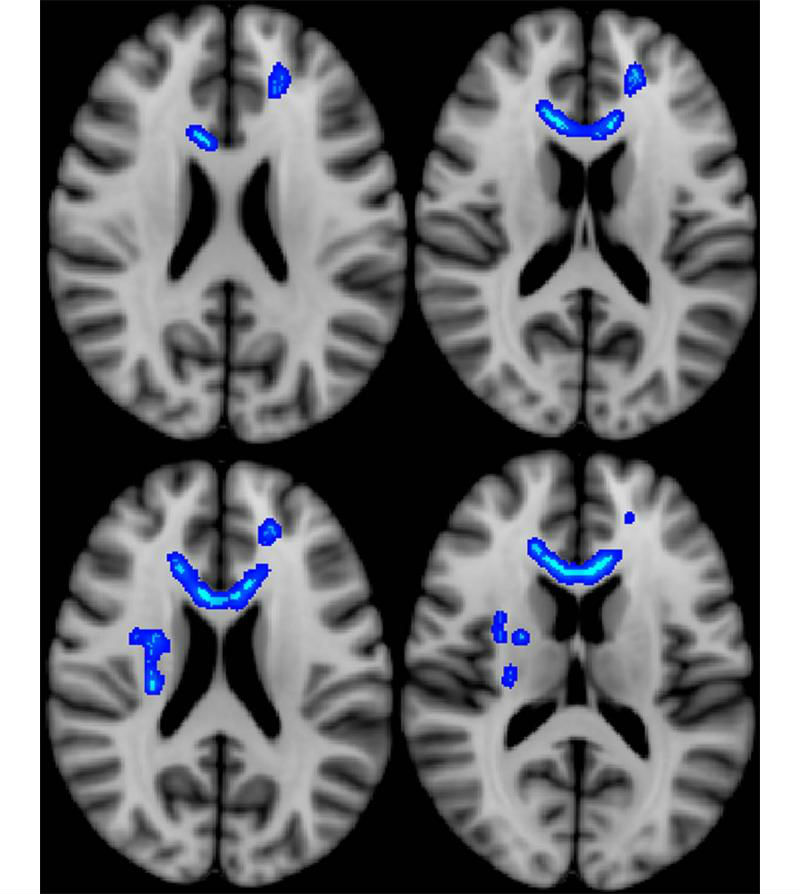 Current assessment of MTBI remains challenging due to the difficulties in establishing the diagnosis, predicting outcomes and separating the effects of MTBI from other conditions like post-traumatic stress disorder (PTSD).

Dr. Ware and colleagues used brain MRI and DTI to study 57 military veterans who had a clinical diagnosis of MTBI upon return from deployment. The average length of time between injury and post-deployment evaluation was 3.8 years with an average follow-up duration of 1.4 years.

Red/yellow indicates regions of the brain in which fractional anisotropy correlated with time since most severe TBI event. Veterans with more recent injury had lower microstructural integrity in these regions.

“All conventional MR images were interpreted as normal,” Dr. Ware said. “We retrospectively analyzed the data from the DTI sequence to derive measures of white matter integrity, which we compared to clinical measures and subsequent outcome measures 6 months to 2.5 years after the initial evaluation.” 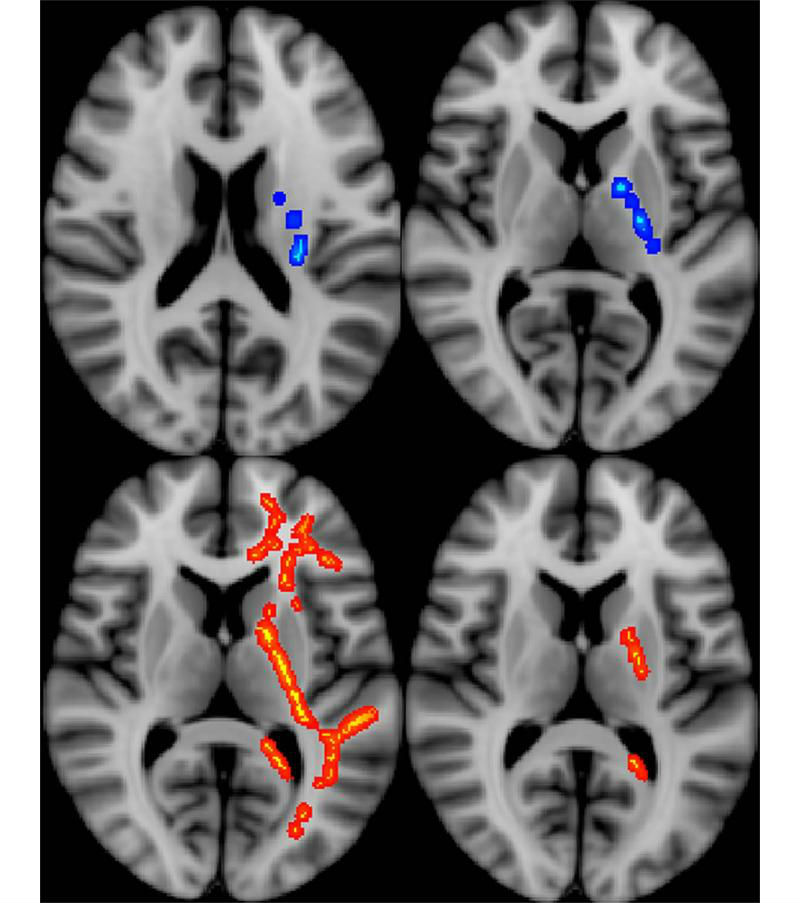 All colored regions signify regions of the brain in which different diffusion-tensor imaging measures depict lower microstructural integrity in Veterans who did not return to work after returning from deployment, during the study period.

Following initial post-deployment evaluation, 34 of the study participants returned to work. Veterans who did not return to work displayed significantly lower fractional anisotropy (FA) and higher diffusivity in a specific brain region, the left internal capsule. These measures imply less structural integrity in that area of the brain. As this region is known to contain important fibers providing motor stimulation to the typically dominant right side of the body, the results may provide a correlation between impairments in fine motor functioning and inability to return to work.