CMR Surgical, a healthcare manufacturer based in the U.K., this week unveiled Versius, a new robotic assisted surgical system. The company is celebrating Versius as a next-generation system, citing its reduced footprint, lower cost, and portability.

“We believe Versius represents a paradigm shift in surgery,” CMR Surgical CEO Martin Frost says in a statement. “The ground-breaking design, coupled with genuine affordability, means that patients everywhere have the potential to benefit from the advantages of minimal access surgery.”

Key components of the Versius — such as the articulated arms — look familiar, but CMR Surgical aimed to improve on the shortcomings of legacy systems. Most notably, a system such as the da Vinci is a behemoth confined to a single OR. The research shows that the result is the larger robotic assisted surgery system is used on average only once daily.

CMR Surgical figured a more adaptable, movable system increased the likelihood that it could be utilized for multiple procedures per day, naturally speeding the return on investment.

“We focused on making Versius easy to set up, tear down, and reconfigure, because that directly impacts the robot’s productivity,” Hares tells Wired UK. “We designed it to be as flexible and mobile as possible. This way, it can be kept constantly busy, and it becomes more affordable.” 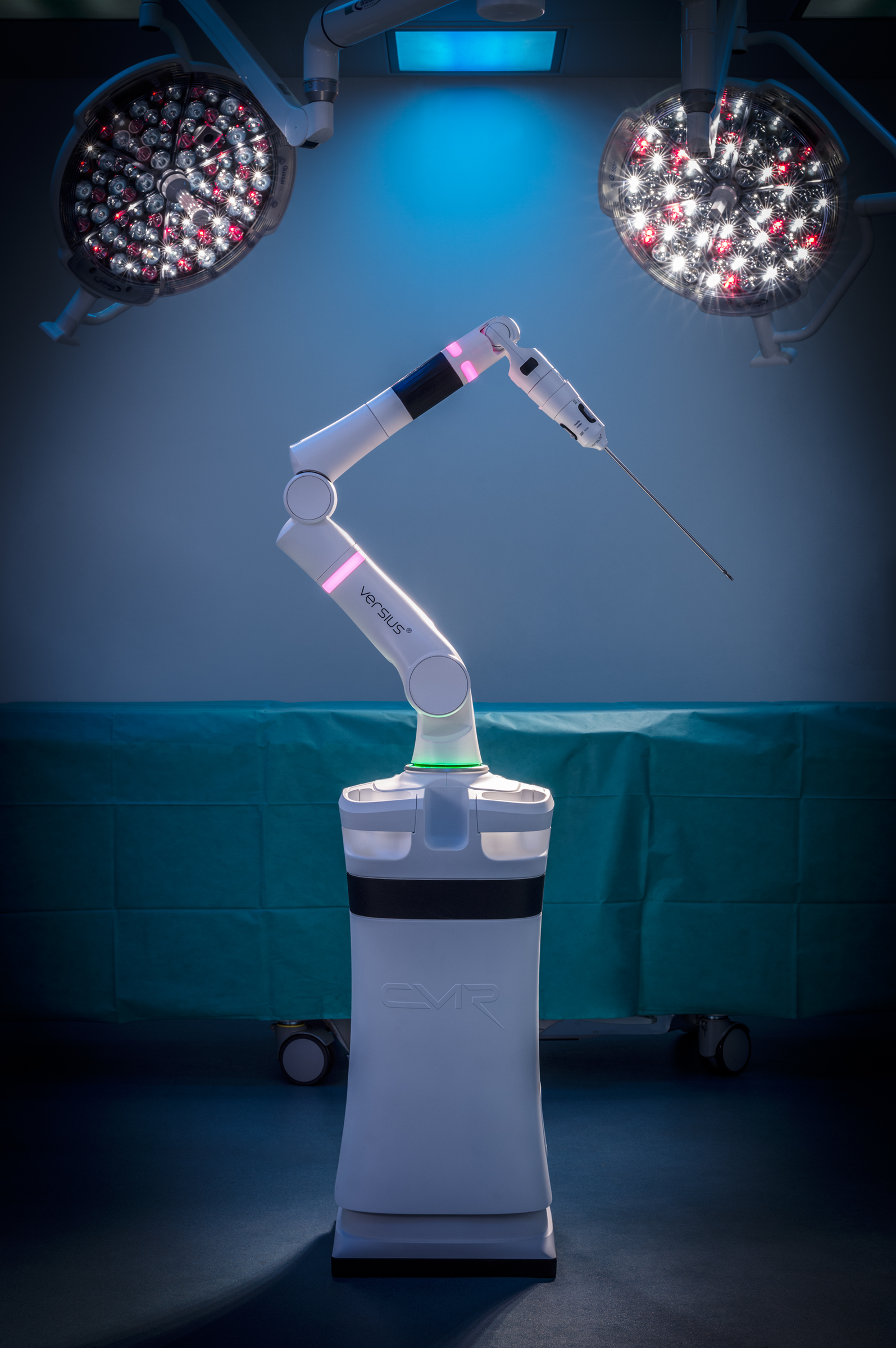 Versius has a modular design and arms that are individually cart-mounted. The visualization tools are built with 3D HD vision and set up on an open surgeon console as opposed to the more confined design of the da Vinci.

The company also believes the instrument controls have greater adaptability and are easier to learn, a further reflection of a mission to broaden the availability of robotic assisted surgery.

“It takes around 80 hours to teach suturing with manual laparoscopic tools and some surgeons find it impossible to master,” Mark Slack, surgeon at Addenbrooke hospital and a CMR Surgical co-founder, tells BBC News. “By contrast, it takes half an hour to teach using Versius — this will enable many more surgeons to deliver the benefits of keyhole surgery.”

Versius is currently trekking through the approval process for use in Europe. CMR Surgical expects it to be cleared for use and commercially available early in 2019.