British police arrested a female health care worker Tuesday on suspicion of murdering eight babies and trying to kill six others at a hospital neonatal unit in northwestern England.

Detectives began investigating the deaths of babies at the Countess of Chester Hospital in Chester more than a year ago, after the hospital reported a higher than expected mortality rate, which it could not explain, on the unit that cares for premature babies and infants needing special care.

The hospital asked police to “rule out unnatural causes of death.”

The investigation initially focused on the deaths of eight babies. Police said Tuesday that the force is now investigating the deaths of 17 babies and 15 “non-fatal collapses” at the unit between March 2015 and July 2016.

Cheshire Constabulary said officers arrested a female “health care professional” Tuesday morning on suspicion of murder and attempted murder. The force did not identify the woman or give details of her job.

Detective Inspector Paul Hughes said the arrest was a “significant step forward” in a “highly complex and very sensitive investigation.” 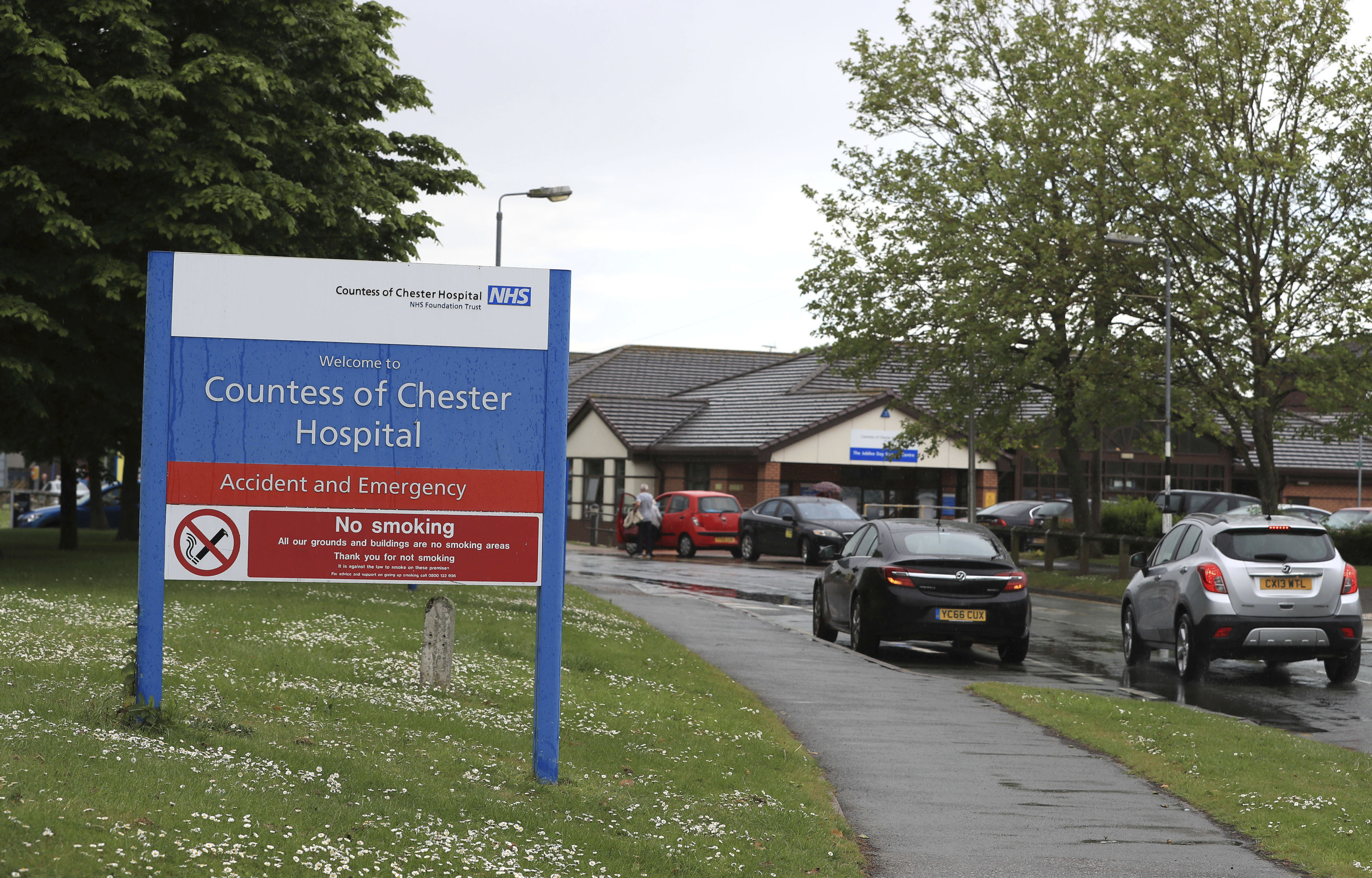 In this file photo dated May 18, 2017, showing the Countess of Chester Hospital in Chester, England. British police said Tuesday July 3, 2018, that they have arrested a female “health care professional” on suspicion of murder and attempted murder at Chester hospital, without identifying the woman or giving details of her job. (Peter Byrne/PA FILE via AP)

After the spike in deaths the hospital stopped delivering babies before 32 weeks of pregnancy, transferring the expectant mothers to other hospitals.

Before police were called in, a review by the Royal College of Pediatrics and Child Health found staffing gaps at the hospital for high-dependency and some intensive care patients but no definitive explanation for the baby deaths.

Hospital medical director Ian Harvey said “asking the police to look into this was not something we did lightly, but we need to do everything we can to understand what has happened here and get the answers we and the families so desperately want.”