TSO3 Inc. has received U.S. Food and Drug Administration clearance for expanded indications for use of its STERIZONE VP4 sterilizer.

Regulatory clearance of the additional claims represents a new level of patient protection against ineffective device reprocessing resulting from the use of less robust disinfecting systems, particularly for flexible endoscopes.

The VP4 sterilizer is a low-temperature (41°C or 105.8°F) sterilization system that utilizes the dual-sterilants of vaporized hydrogen peroxide (H2O2) and ozone (O3) to achieve terminal sterilization of heat and moisture sensitive medical devices. Its single pre-programmed cycle can sterilize a large number and wide range of compatible devices. 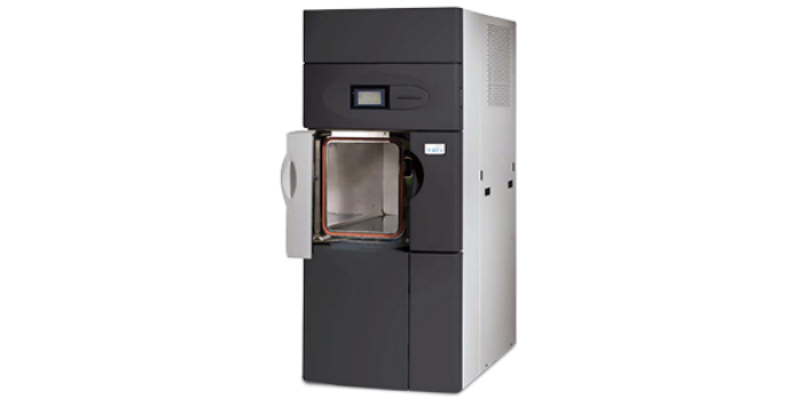 The device’s delivery system automatically adjusts the quantity of injected sterilant based on the load composition, weight and temperature, removing the guesswork and potential for human error, as there is no need to sort instruments and choose the appropriate cycles.

Testing was conducted to demonstrate the performance of the sterilizer using both double-channel and multi-channel flexible endoscopes including a ureteroscope and video colonoscope. Testing also was completed demonstrating the effect of the chemistry of the sterilization process against the gross materials present in the test devices.

Much of this concern stems from patient-to-patient transfer of multidrug resistant bacteria that are not inactivated by high-level disinfection. Published reports have indicated the significant health risk of device-related transfer of antibiotic resistant microbes, including patient injury or death.

Disinfection is significantly less effective than sterilization because it does not necessarily kill all harmful microorganisms, especially bacterial spores. Low temperature terminal sterilization with the VP4 sterilizer involves a proprietary physical and chemical process that thoroughly destroys all types of microbiological organisms with a sterility assurance level of 10-6 (SAL-6).

The company pointed out that although testing could not confirm material compatibility of all devices and all manufacturers that are within the general specifications for each of the load types, customers should contact the device manufacturer to ensure compatibility of specific devices with the STERIZONE process.

TSO3 originally filed for expanded indications for its use with the FDA in December 2015. At the time the company indicated that the evidence provided to the FDA confirmed that the VP4 can sterilize up to eight channels in a single device. Those same devices were later classified as four channel devices by the FDA due to an interpretation of how a channel is defined.  For clarity, the company reported that extended clearance announced this week covers all medical devices contemplated in the December 2015 submission.