The flu season in the U.S. is getting worse.

Health officials last week said flu was blanketing the country but they thought there was a good chance the season was already peaking. But the newest numbers out Friday show it grew even more intense.

“This is a season that has a lot more steam than we thought,” says Dr. Dan Jernigan of the U.S. Centers for Disease Control and Prevention.

One measure of the season is how many doctor or hospital visits are because of a high fever, cough and other flu symptoms. Thirty-two states reported high patient traffic last week, up from 26 the previous week. Overall, it was the busiest week for flu symptoms in nine years.

Hawaii is the only state that doesn’t have widespread illnesses.

This year’s flu season got off to an early start, and it’s been driven by a nasty type of flu that tends to put more people in the hospital and cause more deaths than other common flu bugs. In New York, state officials say a drastic rise in flu cases hospitalized more than 1,600 this past week. 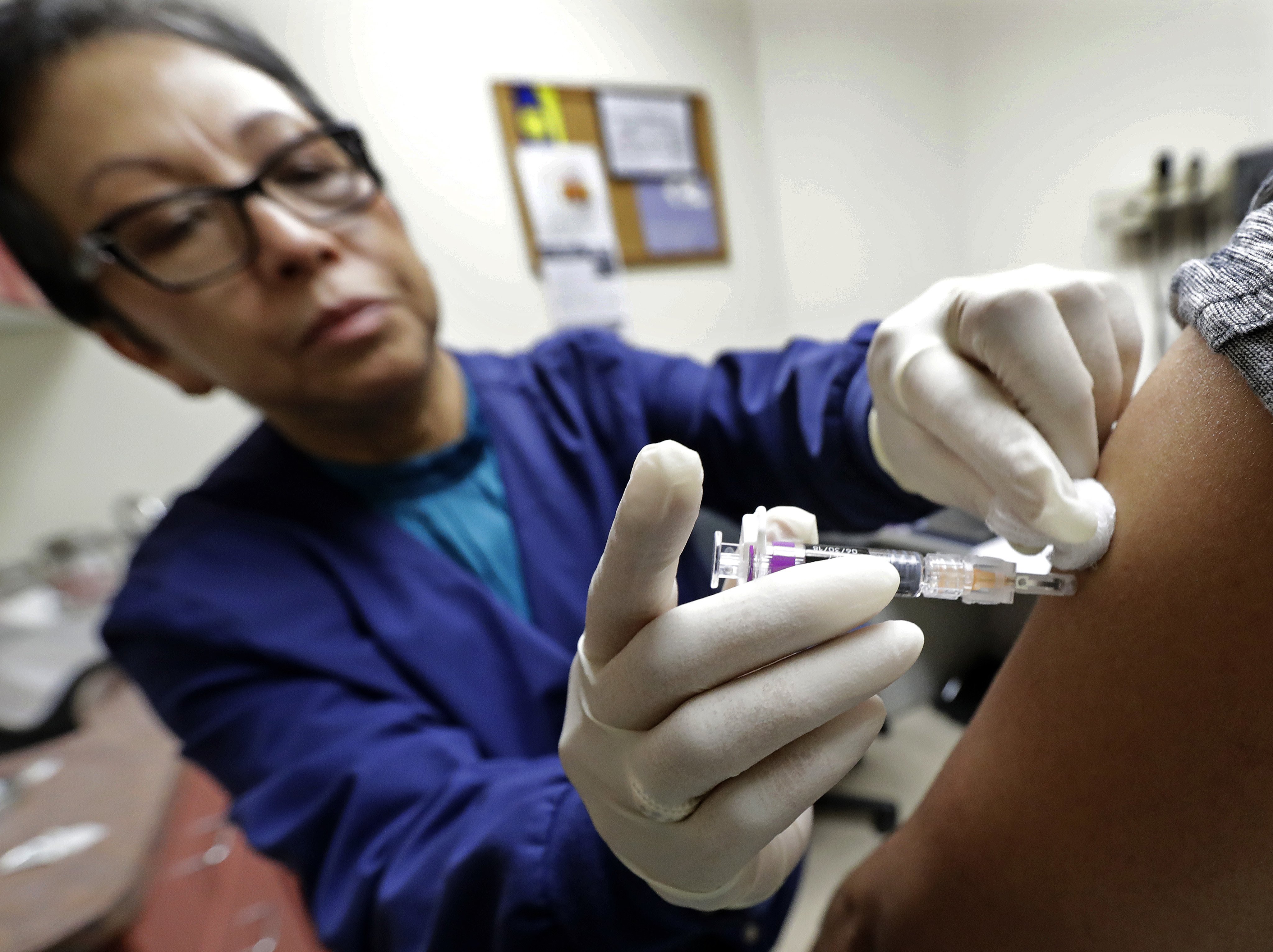 In this Thursday, Jan. 11, 2018 file photo, Ana Martinez, a medical assistant at the Sea Mar Community Health Center, gives a patient a flu shot in Seattle. This year’s U.S. flu season got off to an early start, and it’s been driven by a nasty type of flu that tends to put more people in the hospital and cause more deaths than other common flu bugs. (AP Photo/Ted S. Warren)

The flu became intense last month in the U.S. The last two weekly report show flu widespread over the entire continental United States, which is unusual.

Usually, flu seasons start to wane after so much activity, but “it’s difficult to predict,” Jernigan says.

Flu is a contagious respiratory illness, spread by a virus. It can cause a miserable but relatively mild illness in many people, but more a more severe illness in others. Young children and the elderly are at greatest risk from flu and its complications. In a bad season, there as many as 56,000 deaths connected to the flu. In the U.S., annual flu shots are recommended for everyone age 6 months or older.

In Oklahoma and Texas, some school districts canceled classes this week because so many students and teachers were sick with the flu and other illnesses. In Mississippi, flu outbreaks have hit more than 100 nursing homes and other long-term care places, resulting in some restricting visitors.