Doctors at the University of Alabama at Birmingham have implemented the first FDA-approved patent foramen ovale occluder in Alabama, and that is good news for people who suffer strokes as a result of PFO.

A PFO is a hole in the heart that does not close the way it should after birth. During fetal development, a small flap-like opening — the foramen ovale — is normally present in the wall between the right and left upper chambers of the heart. It normally closes during infancy. With the new AMPLATZER™ PFO Occluder, ischemic stroke patients will now have access to a closure device shown to reduce risk of recurrent stroke, rather than relying on medical management alone.

“This new device has the potential to help many patients who suffer from PFO and stroke,” he says. “Our first patient did very well and was discharged the day after the procedure since the echocardiogram showed complete closure of PFO.”

Approximately 25 to 30 percent of Americans have a PFO, which typically causes no health problems and does not require treatment. The cause of most strokes can be identified, such as poorly controlled high blood pressure, narrowed blood vessels due to cholesterol deposits and scar tissue (atherosclerosis), or a blood clot caused by an abnormal heart rhythm (atrial fibrillation). 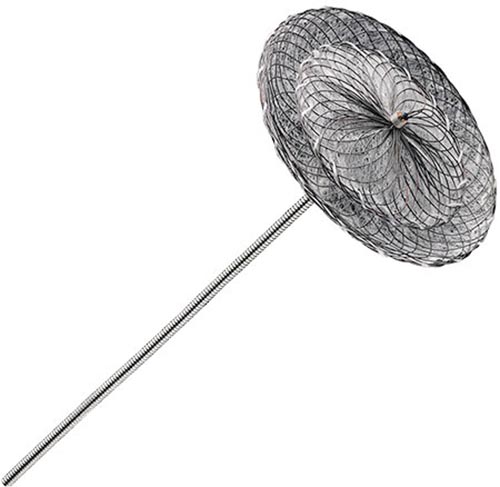 The PFO occluder procedure is minimally invasive, and recovery time is minimal. (Credit: University of Alabama at Birmingham)

“Stroke in patients younger than 60 years old is most likely related to PFO,” Leesar says. “In patients older than 60, other causes such as atherosclerosis and atrial fibrillation will need to be ruled out. These patients are typically referred by neurologists who cannot define other causes for stroke.”

The AMPLATZER PFO Occluder is inserted through a catheter that is placed in a leg vein and advanced to the heart. It is then implanted close to the hole in the heart between the right atrium and the left chamber. The procedure is minimally invasive, and recovery time is minimal.

Nearly 795,000 new or recurrent strokes occur every year in the United States, making it the fifth-leading cause of death and leading cause of serious long-term disability for Americans, according to the American Heart Association. Ischemic strokes account for 87 percent of strokes, and occur when a blood vessel is obstructed, depleting the brain of its blood supply.

This device is just the latest in a series of new technologies UAB Medicine uses aimed at treating patients with cardiovascular disease. On July 20, 2016, Leesar implanted a patient with the world’s first FDA-approved dissolving heart stent for the first time in Alabama.