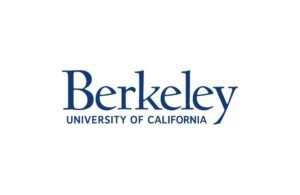 Engineers at the University of California, Berkeley, are touting an implant that can provide real-time measurements of tissue oxygen levels.

The tiny wireless device is smaller than a ladybug and powered by ultrasound waves to help monitor the health of transplanted organs or tissue through real-time measurements of oxygen levels in tissues deep beneath the skin, according to a news release.

Created in collaboration with physicians at the University of California, San Francisco, the technology may allow for creating a variety of miniature sensors that can track other key biochemical markers in the body, including pH or carbon dioxide. A new paper describing the implant was published in the journal Nature Biotechnology.

To allow the implant to offer oxygen sensing, the engineers integrated an LED light source and an optical detector into the device while designing complicated electronic controls to operate and read out the sensor. Testing was conducted by monitoring oxygen levels in the muscles of live sheep.

UC Berkeley postdoctoral researcher in engineering, Soner Sonmezoglu, said the potential applications for the device include monitoring organ transplants because of the occurrence of vascular complications in some transplants that can lead to graft dysfunction. Additionally, it could measure tumor hypoxia and help to guide radiation therapy.

The implant could also be used to monitor fetal development and aid in caring for premature babies, helping to minimize some negative consequences of excessive oxygen exposure, according to study co-authors Jeffrey Fineman and Emin Maltepe, pediatricians at UC San Francisco.

Improvements for the technology could be developments that would make it survive long-term in the body. Making it even smaller could simplify the implantation process that currently requires surgery.

“By just changing this platform that we built for the oxygen sensor, you can modify the device to measure, for example, pH, reactive oxygen species, glucose or carbon dioxide,” Sonmezoglu said. “Also, if we could modify the packaging to make it smaller, you could imagine being able to inject into the body with a needle or through laparoscopic surgery, making the implantation even easier.”