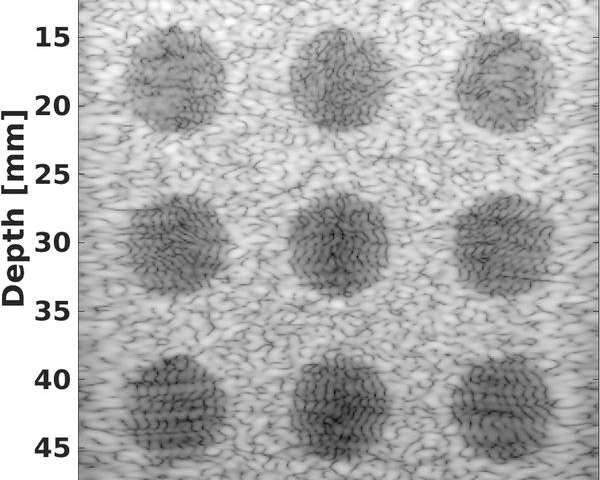 Researchers have developed an image-reconstruction algorithm that improves the performance of ultrasound equipment. This breakthrough could have important implications in the fields of cardiology and neurosurgery.

Over the past 30 years, ultrasound has become one of the most widely used imaging technologies in medicine. But advances in this technology are limited by the number of sensors that the probe can hold. Researchers at EPFL’s Signal Processing Laboratory (LTS5) have gotten around this obstacle by developing software that produces more precise images without increasing the number of sensors or the size of any other equipment. This work, which was published in the reference journal IEEE Transactions on Ultrasonics, Ferroelectrics and Frequency Control, won an award at the IEEE International Ultrasonics Symposium, the major international event in this field.

“The probe reaches maximum capacity with 256 sensors,” said Jean-Philippe Thiran, who leads the LTS5 researchers. “Any more than that and the size of the cables needed to transport the data imposes too many constraints on the hardware.” The researchers focused their efforts on the processing phase – in the computer – rather than on the information-capture phase. They developed ‘smart’ echographic image-reconstruction algorithms that interpret the echoes picked up by the probe and fill in the missing data.

This breakthrough was achieved in collaboration with the CREATIS Laboratory in Lyon and Heriot-Watt University in Edinburgh. It will improve cardiac and vascular imagery, for example, where it could help in diagnosing heart disease. It has potential applications in neurosurgery as well, in helping doctors view the brain through the cranium.