Researchers at Lund University in Sweden have discovered a new and more accurate way to distinguish between harmful and harmless plaque in the blood vessels by using ultrasound. This can help healthcare providers determine the risk of strokes and heart attacks – which means avoiding unnecessary surgery for many patients.

In many parts of the world, atherosclerosis is one of the diseases responsible for a large number of cases of premature death.

Six years ago, a handful of researchers at Lund University in Sweden started taking an interest in how to make it easier to recognize unstable plaques that in worst case scenarios rupture and cause heart attacks or strokes.

When Tobias Erlöv, who at the time was a doctoral student in biomedical engineering at the Lund Faculty of Engineering, discovered that there is a fairly simple mathematical calculation that can be used to interpret ultrasound signals and thereby figure out whether the plaque in the carotid artery is harmful or not, the researchers were somewhat surprised.

Vascular surgery is currently only performed if there is excessive blockage to the blood flow, due too large plaques. However, determining whether or not the plaque is unstable cannot be done by simply studying flow rates and plaque sizes – knowing the type of cell concerned is more important.

“We have shown that there is a strong correlation between changes in the center frequency and the size of the reflecting particles. The more harmful substances, the greater the so-called center frequency shift”, says Tobias Erlöv, who is currently continuing his research at the Department of Biomedical Engineering.

The method can become useful to identify patients at risk of developing acute cardiovascular diseases, but also to follow up after surgery where plaque has already been removed.

In the future, ultrasound scans of the carotid artery will lead to the ability to perform surgery at an earlier stage in some cases, and the ability to avoid surgery completely in others. 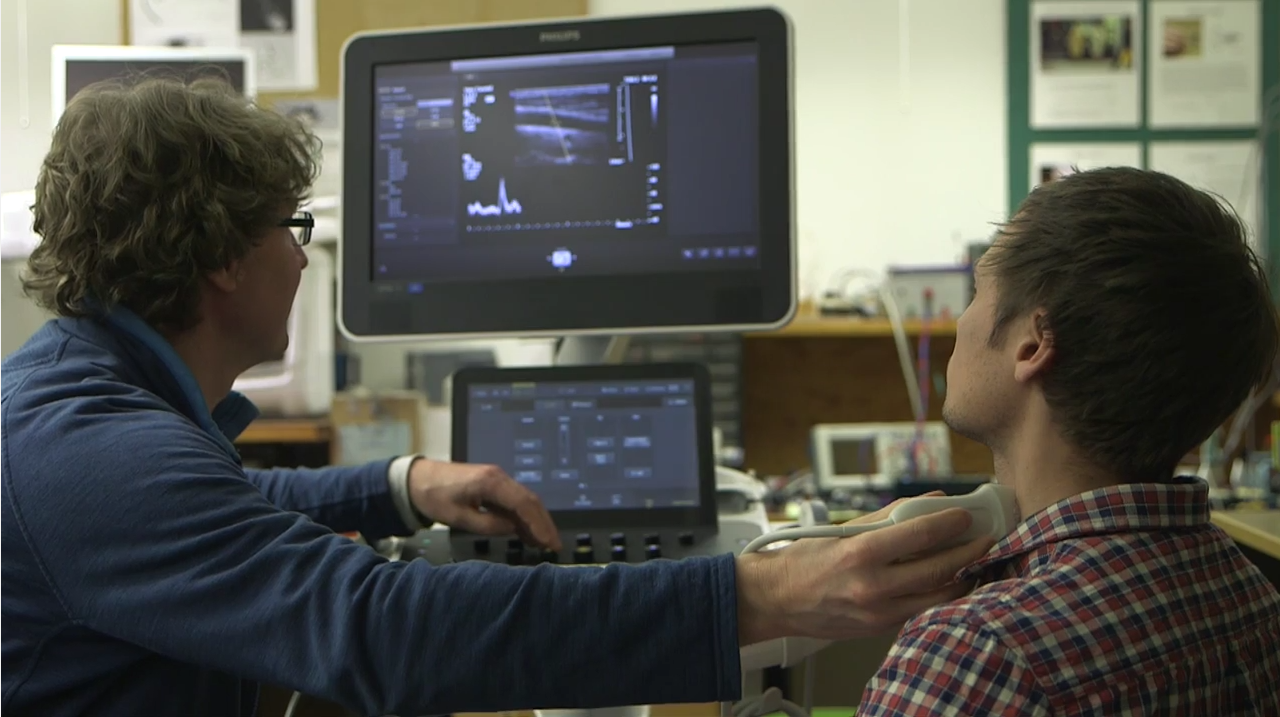 People with cardiovascular diseases, and diabetics who risk developing them, can benefit from this new and accurate method.

“Ultrasound enables you to screen a larger population, and that in turn means that life-threatening cardiovascular diseases can be detected at an earlier stage”, says Magnus Cinthio, senior lecturer in biomedical engineering and one of the researchers leading the work.

“Another advantage is that the method is inexpensive and completely harmless to patients”, says Tobias Erlöv.

More studies are needed before the innovation can be picked up by ultrasound manufacturers and used in healthcare facilities. These studies are already underway, including within the European research collaboration Summit that is currently studying 1 500 patients.

The project is a collaboration between the Lund University Department of Biomedical Engineering and Department of Clinical Sciences at CRC, as well as other clinics in the UK and Italy.

FACTS / Plaque in the carotid artery involves a risk of stroke
Atherosclerosis is an inflammatory disease of the arteries causing a continuous increase of vessel wall thickness and rigidity. Eventually, plaque is formed that partially blocks the blood flow. When plaque ruptures, it can cause a heart attack or a stroke.