The use of belts, bedrails and other devices to prevent patients from hurting themselves has increasingly come under fire. Within a hospital setting, the use of such restraints may be reduced by ensuring that the nursing staff includes a sufficient number of registered nurses, says Vincent Staggs of Children’s Mercy Hospital and the University of Missouri-Kansas City. He led a study which appears in the Journal of General Internal Medicine, published by Springer.

Physical restraint is a common, undesirable occurrence in hospitals and nursing homes. It entails the use of devices such as belts, mittens, vests, bedrails, and geriatric chairs to restrict patients’ freedom of movement, preventing them from hurting themselves or disrupting medical equipment and treatment. It can lead to agitation, confusion, adverse psychological effects, and pressure ulcers — and in worst cases strangulation and even death.

Staggs’ team evaluated information collected in the National Database of Nursing Quality Indicators (NDNQI) between 2006 and 2010. The NDNQI collects quarterly data on restraints and monthly information on nurse staffing provided voluntarily by acute care hospitals. Information provided by 869 US hospitals on the care of more than 923,000 patients was analyzed. These data included the proportion of nursing units’ total nursing care hours worked by registered nurses. 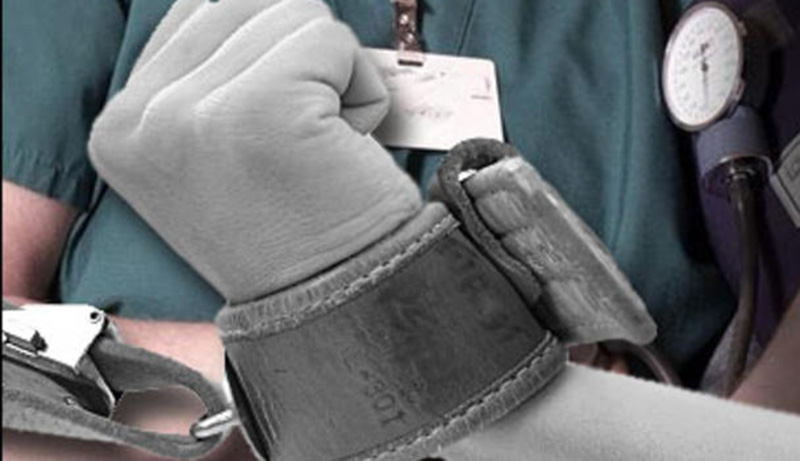 Restraints were used on 1.6 percent of patients. In one out of every two cases the reported purpose of restraint was to prevent the patient from falling. The data further showed that the use of restraint measures had fallen by about 50 percent during the study period.

“The findings suggest that patient care quality may suffer when unit staffing models cannot respond to changes in patient volume or registered nurse availability except by increasing the hours of staff who are not registered nurses,” says Staggs. “This is further evidence that the type of nursing staff, not just the number of staff per patient, can be important for patient outcomes.”

According to Staggs, having an adequate proportion of RNs may reduce the likelihood of nursing staff requesting an order for restraint from a physician. He says this might be because registered nurses are better trained to find alternatives to restraint.

“In any case, restraint involves both nurses and physicians, and reduction in restraint use must be a collaborative effort,” he adds.