Lab-on-chip devices have enabled basic diagnoses at the point-of-care, reducing the need for a centralized lab for all analyses. Such devices range from pregnancy and blood glucose tests in the home to routine analyses administered in doctors’ offices. Advantages of lab-on-chip for point-of-care have included small sample volumes, rapid analysis, and low cost. Now even greater potential of these devices can be realized by adopting emerging light technologies.

Electrochemical methods measure differences in resistance, conductance, or capacitance of the sample. The benefits of these devices include low power consumption, speed of detection, and cost, with some sensors fabricated in paper-based devices. However, the shelf life of electrodes is severely limited by temperature, pH, and ionic concentration variations.

Mechanical cantilever-based devices sense deflections or changes in resonant frequency, and can be designed to detect specific chemical and biological compounds. Detection of biological compounds can be accomplished without use of fluorescent tags (labels) which has advantages in cost and does not use reagents. However, these mechanical sensors typically require long analysis times in excess of 30 minutes, and have complex fabrication and poor detection sensitivities.

Optical detection, either by absorption or fluorescence, is used universally in the clinical lab with several established methods of detecting specific compounds. It is the preferred method because of its robustness and sensitivity. However, until now optical detection has not made the transition from the lab to point-of-care due to the complexity of instrumentation and the cost.

The use of intrinsic fluorescence spectroscopy (IFS) is an example of an optical detection method that can further the development of point-of-care devices. IFS for bacterial type identification is an emerging application in the clinical lab and takes advantage of the fluorescence of amino acids (tryptophan, tyrosine, and phenylalanine) and dinucleotides (NADH) in bacterial cells (Figure 1). These compounds strongly absorb light in the UVC wavelength range of 200 nm – 280 nm and emit at longer wavelengths. By using excitation/emission wavelength matrices, the type of bacteria in a sample can be identified. Doctors can then tailor therapy to treat specific infections. Using targeted treatment in place of broad-spectrum antibiotics saves costs and can reduce the proliferation of drug resistant bacteria. 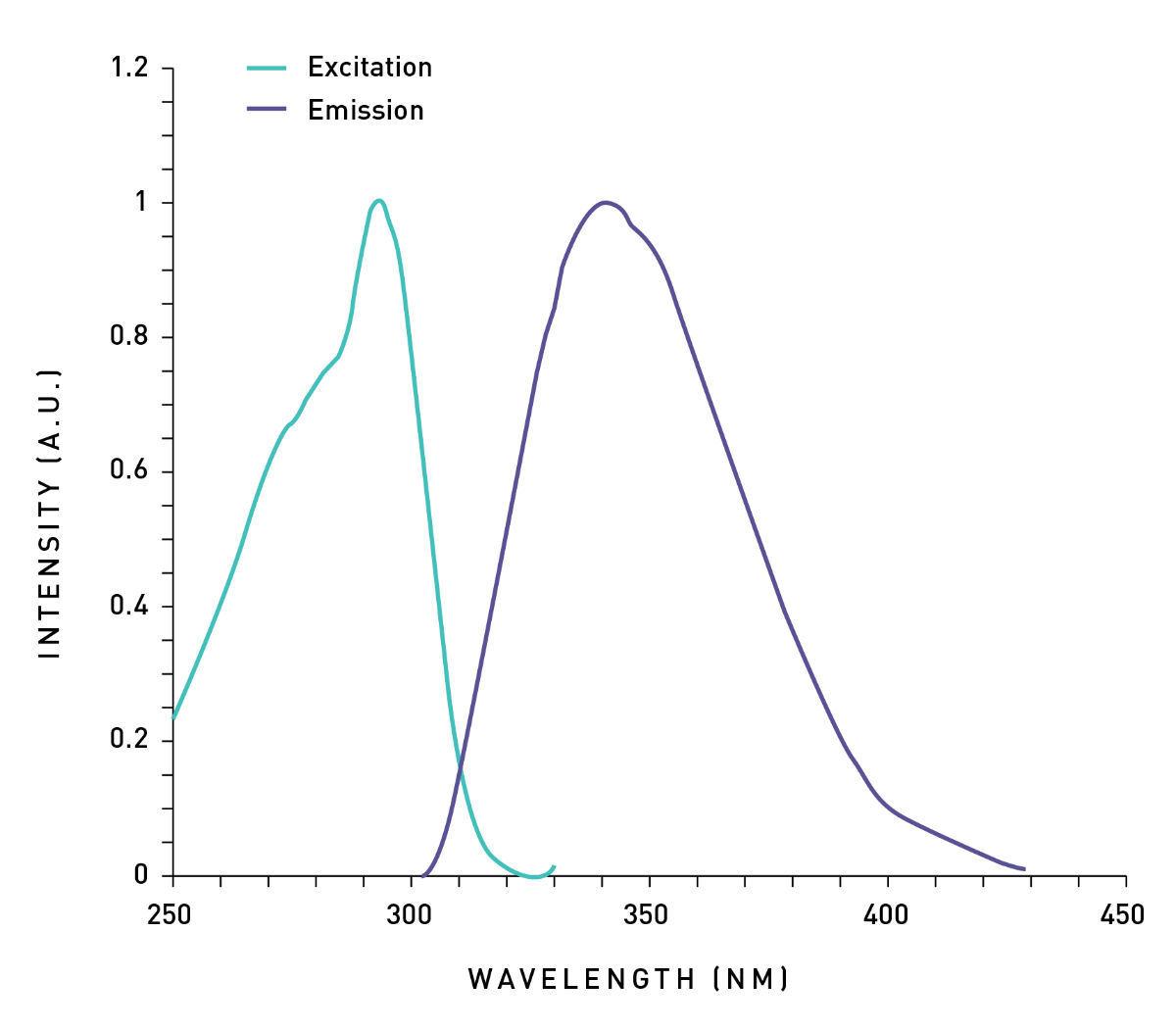 Figure 1: The excitation/emission spectrum of tryptophan. Note that the emission signal (detection signal) is proportional to the excitation intensity (light source intensity).

UVC LEDs are solid-state light sources and consume less power than xenon flash lamps (Figure 2). Additionally, power sources for UVC LEDs are simple and less costly than those for xenon flash lamps. This allows for the development of battery operated and mobile read-out devices for deployment in doctors’ offices or the field. 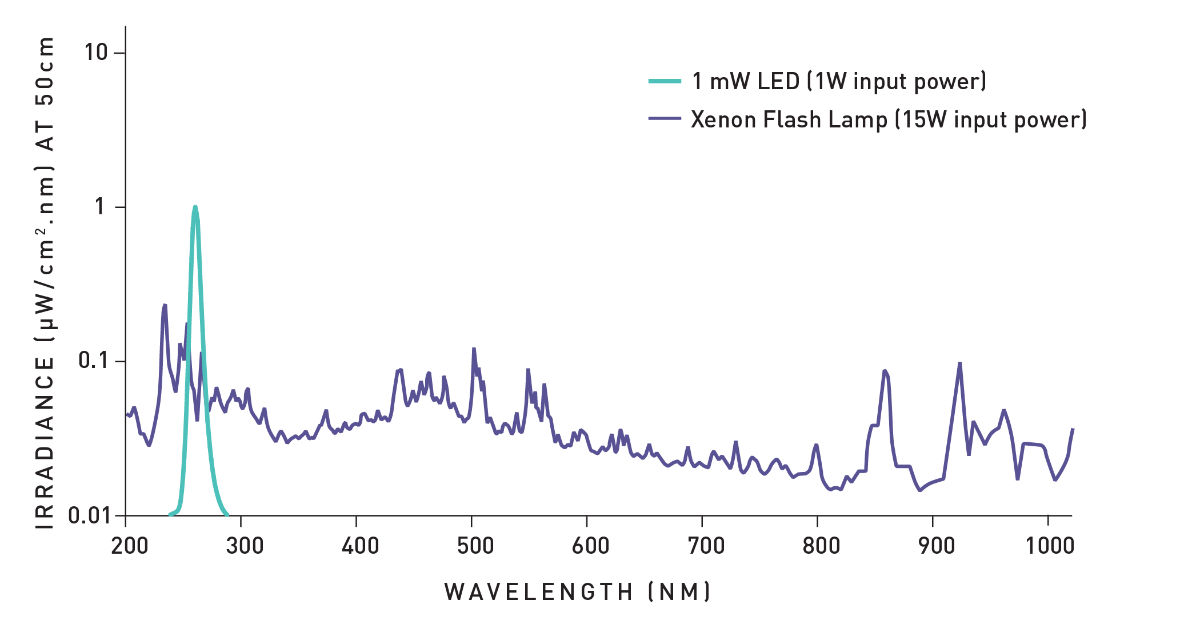 Figure 3: Irradiance comparison of UVC LED and Xenon Flash Lamp. Note the difference in irradiance at the specific wavelength despite the contrast in input power.

Newly available high performance UVC LEDs have lifetimes of 3,000 – 8,000 hours depending on application conditions (Figure 4). The longer the life of the light source, the more measurements that can be taken without the additional cost of replacement and maintenance. As a result, optical detection with UVC LEDs is a less expensive, simpler, and robust proposition compared to using traditional UV lamps. Consequently, high performance LEDs, especially at UVC wavelengths, can make optical detection at the point-of-care level practical.

This exciting development of high light output UVC LEDs allows the transformation of lab-on-chip products into clinically useful point-of-care products. In the future, we can expect that these solid-state light sources will be directly integrated into the lab-on-chip device to transform the speed, accuracy, and delivery of medical care.