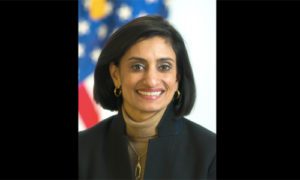 Seven months into her tenure, CMS administrator Seema Verma is turning out to be highly supportive of value-based care models. In fact, she recently told an audience in Cleveland that she wants them implemented faster.

The situation appears to dispel doubts that alternative payment models – such as Accountable Care Organizations or “comprehensive care” models for such big-ticket items as joint replacements – would remain a priority under President Donald Trump’s administration. The move toward paying for “value” versus the old fee-for-service models are a big deal for medical device companies, which have been shifting their strategies and focus in response.

Alternative payment methods are important for driving innovation and driving value and cost-effective care, Verma said during an appearance at the annual Cleveland Clinic Medical Innovation Summit, which took place Oct. 23–25 in Cleveland. Different models will help drive the market toward value and quality and away from a fee-for-service system, according to Verma, who shared the stage with Cleveland Clinic CEO Toby Cosgrove.

Where the Centers for Medicare and Medicaid Services goes is huge because so many Americans already have their healthcare paid for by the government. In 2014, 283.2 million Americans, a little more than 89% of the country, had some form of health insurance. Of that number, 115.4 million people had coverage from a government-funded program like Medicare, Medicaid or the Veterans Administration or other military coverage.

Moving from volume to value

“What we’re trying to do is move from being paid for the volume and to increasingly drive our payments to be for value,” Cosgrove said. “And I think as we do that, we’re going to see the quality improve, going to see the cost come down, and hopefully that will allow us to look after more and more people across the U.S.”

Volume-based care is known as fee-for-service, which is when providers are getting paid for services regardless of the outcomes. Value-based care is fee-for-value and is specifically designed for paying based on outcomes, sort of like lawyers who say you don’t have to pay them unless they win your case. But how do we get there?

“It requires a total restructuring of how we deliver healthcare,” Cosgrove said.

The Cleveland Clinic, for example, has moved 600 of its pediatric and adult primary care physicians to a different regulatory aspect within its organization where they will be measured using different metrics to keep people well and out of the hospital while reducing the number of hospital visits they have to have.

“Almost everybody agrees this is the direction we need to go, it’s just a question of how fast we can get it done,” Cosgrove said. “Outcomes are not always 100% predictable, so this is going to be a major transition that’ll probably take us at least a decade.”

Healthcare providers, insurance providers and patients have to work together to drive down costs to help create a value-based service. The idea is to pay for keeping people healthy instead of paying per visit.

Even drug pricing could be moved to an outcome-based payment system. The one thing Verma says that works in drug pricing is when there is a competitive marketplace.

“We’re looking for innovative ways to pay for drug treatment. One of the things that folks are starting to talk about and we’re going to be driving toward is value-based payments. So, paying for drugs based on whether they worked or not,” said Verma.

To support new payment models, the Centers for Medicare and Medicaid Services are starting to support more innovations – everything from mobile health to better information-gathering and analytics to new best practices.

“We know that creativity and innovation doesn’t always happen in Washington D.C. It’s happening out here. It’s happening in places like the Cleveland Clinic,” Verma said. “So tell us your good ideas, and we’re going to start working and supporting local innovation and putting out more models.”

Obamacare, or the Affordable Care Act, attempted to provide everyone health insurance coverage (with fines if they didn’t’ get it), but that left much of the country to deal with increased costs of healthcare – from increased premiums and deductibles to increased prices for prescription medications. Despite an increase in prices, the Affordable Care Act significantly reduced the number of uninsured in the U.S., expanded coverage, held insurance companies accountable, lowered healthcare costs and spending and gave more choices and improved the quality of care for Americans, according to the Centers for Medicare and Medicaid Services.

“The challenge that we have is the cost of our healthcare system,” Verma said. “It’s going up every year.”

Cosgrove suggests that an aging population – and the ability for the healthcare system to do more for them – could be a reason for the rising cost of healthcare.

“Twenty years ago we didn’t have great cures for cancer. We didn’t have as many transplants. Not everybody could get a hip or a knee that was effective,” Cosgrove said. “All these things cost money and the cost of healthcare is going up. This is a problem that is universal. This is not just the United States. This is across the world.”

Millions of Americans are facing penalties each year because they are not opting for health insurance, whether that’s because of the price or the lack of suitable choices in their area. Some are left wondering if they should go to the doctor because deductibles are too high despite paying premiums.

“When people are getting coverage, one of the main complaints that we get is that they have coverage, they’re paying for this plan, but their deductibles are so high that it doesn’t actually amount to coverage and they’re paying these premiums. When they’re going to use their card, their deductible is so high,” Verma said. “We’ve heard stories of people who say, ‘I paid my premium and I fell down, but I didn’t want to go in to get healthcare because I wasn’t going to be able to afford my coverage.'”

“We need to empower patients so they’re making decisions about their healthcare costs,” Verma said. “We want to move toward that.”