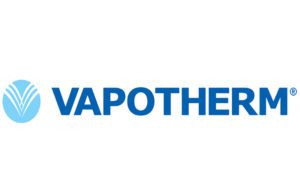 The prospective, multi-center, controlled, order-randomized crossover trial demonstrated that using the IntellO2 module helped clinicians maintain newborns in the physician-prescribed oxygen saturation range 80% of the time, compared with 49 % for manual control alone, the company said in a statement. The study was published in the Archives of Disease in Childhood: Fetal and Neonatal Edition.

“We are excited to continue development of this unique technology to help clinicians control oxygenation, since both too much and too little oxygen have important clinical consequences,” said Joe Army, CEO of the Exeter, N.H.-based company, in the statement. “We see applications for this technology initially in the neonate patient population, and eventually for oxygen-vulnerable adult patients as well.”

Vapotherm developed the Precision Flow line of devices to provide high-velocity heated, humidified and oxygenated air to treat patients with conditions such as pneumonia, chronic obstructive pulmonary disease, asthma and heart failure. Some 1,200 of the devices have been sold in the U.S., mostly into hospital ICUs, the company said.

The company went public in November with an initial public offering that raised $64.4 million. The latest study was conducted on a prototype device, and the system is currently not commercially available.