Medtech entrepreneurs at the Series A level agree that the funding environment remains challenging. 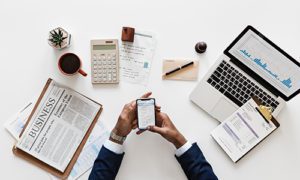 Entrepreneurs at the Series A funding level tend to report that their part of the funding life cycle remains very challenging, as has been for the last decade. They also report that many A Round investors are angels, often knowledgeable of the sector such as medtech executives, and physicians and surgeons active in the startup’s area.

The is article No. 2 in a three-part series about medtech investing trends: 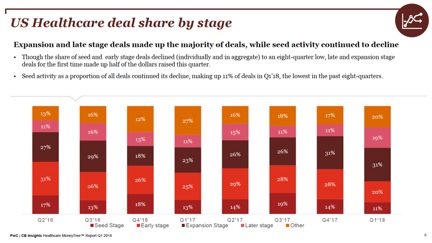 Venk Varadan CEO of Nanowear is developing a cloth based remote monitoring system for congestive heart failure patients, designed to reduce hospital readmissions.  Varadan reflects what a lot of CEOs and industry observers are saying, that they have more hurdles to jump than in the past, “When the Affordable Care Act was passed almost a decade ago, digital health for consumers and healthcare systems was born. At that time, great design for user experience and/or a 510(k) clearance in digital health translated to massive funding available. Today investors are expecting a lot more.”

Kristin Johnson, CEO at surgical tools startup Eximis Surgical added, “It used to be Series A would have funded creating prototypes for clinical studies. Now there is a desire that we’ve done some of this prior to that round.”

New kinds of investors especially from tech and consumer tend to underestimate adoption time.  “It was great that non-traditional medtech investors entered the fold after ACA, because many new ideas were entertained across the ecosystem. But many entrepreneurs and their investors didn’t realize how long it takes to sell into a hospital: Many boxes need to be checked compared to the consumer sector that is used to rapid adoption of new tech. In our space, healthcare has been using the same sensor technology for decades, but not a single hospital cared about our tech in 2014 because no boxes were checked.” Varadan said.

Of course there continues to be competition for which industry sectors are most lucrative for VCs. As Varadan noted, “Big exits and giant funding rounds to Series E, F, and G levels in the last decade, make the typical medtech exits of $150M-200M, and at least 7 plus years less attractive to investors.”

It has always been hard for new startups where prior companies, perceived by investors as being in the same space, have struggled. This is true now with wearables. While many were leaning towards wellness it still impacted those companies going for medical grade products. Varadan considers we are now at the beginning of  “digital health gen 3,” which he likens to the start of the slope of enlightenment where he feels there is now a realization of how rigorous companies are going to have to be to succeed in this space.  The old standard such as a 510(k), which Nanowear has already achieved, is not enough. “What’s after regulatory hurdles? What about supply chain and device scalability, and battery life? Because supply chain was a problem with past wearables companies and costs could never get low enough for a payor or provider, let alone consumer. We spent all of 2017 getting that box checked by finding the right partner to meet healthcare adoption needs.”

Jennifer Fried is CEO of Explorer Surgical, a digital health product to help better manage operating room and interventional suites aimed at both hospitals and device makers. She noted this about the types of investors more active in the last five years.

“Ascension and Kaiser have their own venture funds, and we’re seeing hospitals and health systems as Limited Partners in other funds as well,” Fried said.

Even though these groups don’t have the length of experience investing as the more traditional institutional investors, she noted, “ They see it’s going to keep changing and growing, creating opportunities such as new payment and delivery models. It helps that on the digital side you might need less than a few million dollars to build early iterations of a software tool and start using it.”

One of Explorer’s early investors is the University of Chicago who invested out of a $20 million fund dedicated to life sciences innovations. “You can raise $100,000 checks,” Fried said. “But if you look at someone like Ascension, I’d be shocked if they’re deploying anything smaller than $5–10 million making later stage companies more attractive to them.”

She raised $3 million for Explorer’s Series A, an amount she considered to be on the earlier side of the investment curve. Like other companies their early investors include a lot of angels, often clinicians and surgeons, as well as small funds and support from the broader Chicago technology community.

Ted Smith is the CEO of Revon Systems, whose product is software as a medical device (SaMD) that helps people with chronic diseases self-triage how serious their symptoms are and their best next step.

Smith is currently raising Series A funds on top of the $7 million in seed funding over 6 years to date. “We have the added challenge of having to educate the device industry about SaMD because it’s a brand new category mostly made possible by smartphones,” Smith said.

“There is a lack of understanding about FDA and reimbursement pathways, and no exits yet for pure digital therapies,” Smith said, noting pioneers have helped. “Pear got their HCPCS code in November and a $50 million round in January. Pear Therapeutics is the current category leader with FDA approval in 2017 and outlicensing and co-development deal with Novartis/Sandoz. These are watershed moments for digital therapeutics.”

Part 3 of this article will give advice from the trenches, by bankers, industry observers and those founders raising early money, to guide entrepreneurs looking to tune up their business plans to be in the best position when Series A comes around.

Bill Evans is an individual consultant to the medtech and digital health industries, and an expert in helping companies leverage user centered design to create market winning products that improve outcomes, and help lower overall costs. Until recently, and for 25 years, he was the founder and former innovation SVP at the medical design consultancy, Bridge Design (San Francisco), now a Ximedica company.   He can be contacted at modalman@gmail.com

The opinions expressed in this blog post are the author’s only and do not necessarily reflect those of MedicalDesignandOutsourcing.com or its employees. 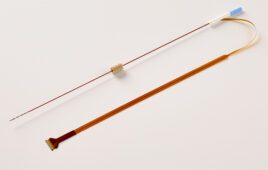 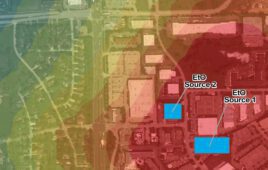 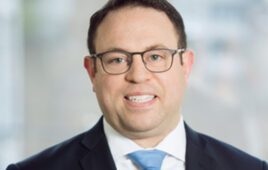