Getting the help of a robotic device during surgery has become part of the norm in operating rooms. Although doctors appreciate the help of their surgeon-assisted robot, it seems patients aren’t nearly as keen to rely on a robotic system to help perform their surgery?

Now, Statista has conducted a survey to better understand the percentage of U.S. adults that would choose a robot-assisted surgery as of 2018 according to age.

Interestingly, it was almost a tie for individuals who were 35 to 44 years of age, where 45 percent preferred robot-assisted surgery and 43 percent did not.

As technology immerses itself into the operating room and the surgeon’s hand more and more, perhaps patients will have to become more at ease with a robotic device assisting with their surgery. Even today, devices such as the da Vinci System and other companies are integrating robotic-assisted surgery products into the operating room. One day, robots might even perform surgery completely autonomously. 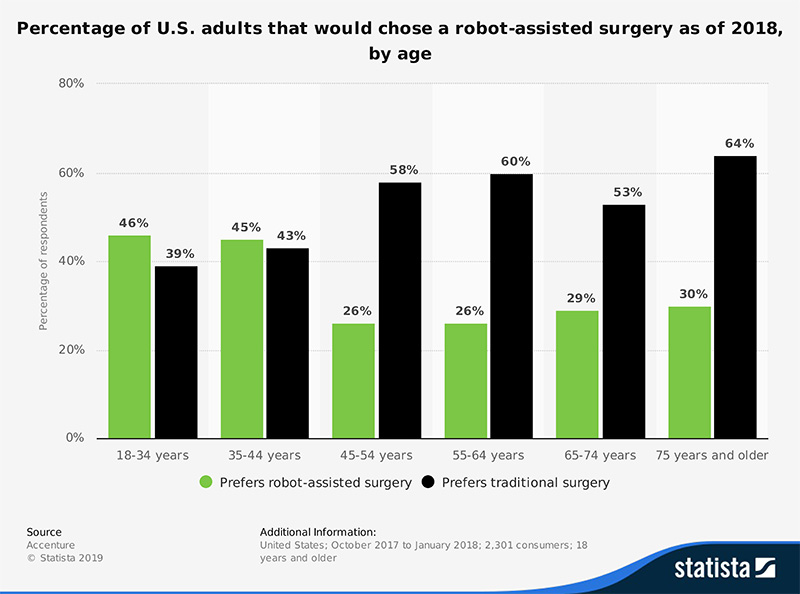