A new way for surgeons to know how well their patients are regaining physical function after a major abdominal operation could be as simple as patients wearing a fitness wristband to count their steps. Results of a new study, presented at the 2016 Clinical Congress of the American College of Surgeons, show that monitoring patients’ postoperative functional recovery using a commercially available, wireless activity tracker is feasible, and strongly correlates with patients’ reported postoperative complications.

“This wireless technology, which many people use, has great potential to detect real-time changes in surgical patients’ functional recovery,” says principal investigator Virginia Sun, PhD, RN, an assistant professor in the City of Hope Comprehensive Cancer Center in Duarte, Calif.

Data from the device, combined with online patient surveys, could help the surgical team identify patients who are at high risk of having complications, so that health care providers could intervene early, Sun suggested.

The investigators conducted this preliminary feasibility study to determine whether surgical patients would wear the activity monitor for several weeks. They studied 20 cancer patients who were scheduled for major abdominal operations, including surgical removal of part of the liver (liver resection) and removal of colorectal, gastric, and pancreatic tumors. The patients’ average age was 55. 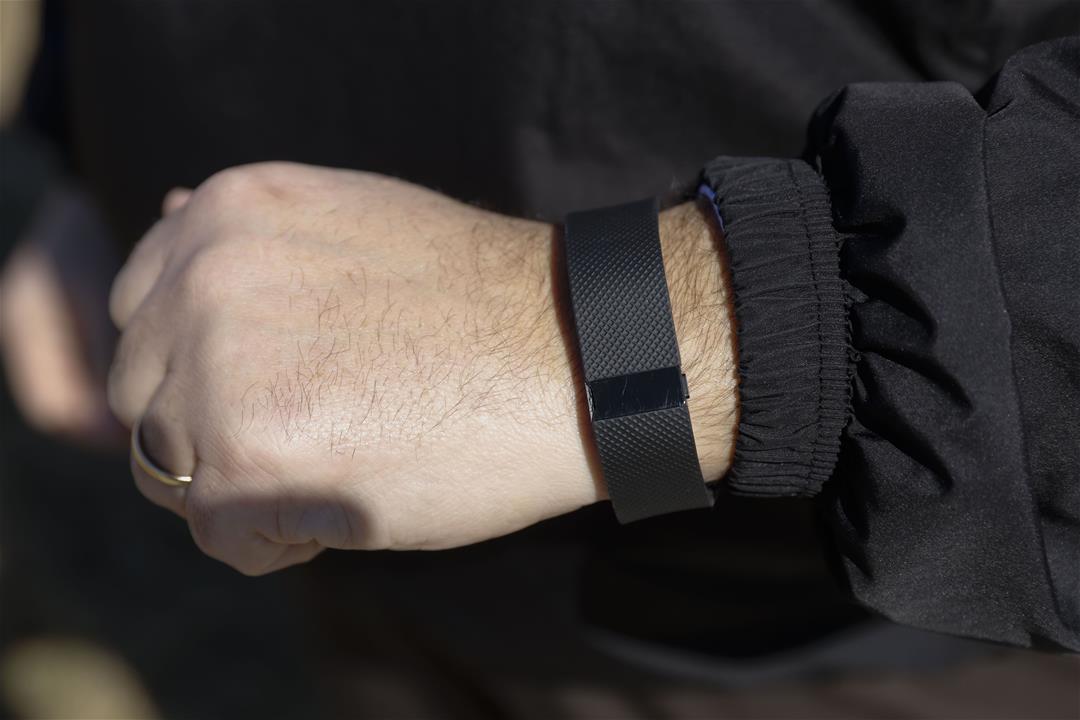 Study participants received a wrist-worn activity tracker, which counted their daily steps for three to seven days before their operation as well as during their hospitalization and for two weeks after discharge from the hospital. Most patients were reportedly not already wearing a similar high-tech pedometer.

The researchers found a high adherence to wearing the activity tracker at all times. Approximately 88 percent of patients always wore the device before their operation, and about 82 percent did so postoperatively, they reported.

Participants also completed a Web-based survey of their symptoms and quality of life before the operation, at discharge, and for two weeks after discharge. At the end of the study, patients rated their satisfaction with the usefulness and timeliness of the wireless monitoring program. Patient satisfaction scores were high, averaging four of a possible five points, according to the abstract.

“We believe our study is the first to demonstrate the feasibility of integrating use of this popular wireless real-time technology with postoperative quality-of-life data,” Sun says.

“Also unique,” she adds, “is that we started monitoring patients’ steps and quality of life before the operation, to establish a baseline level of walking and overall well-being.”

By comparing the group’s baseline with the number of postoperative steps, the investigators were able to assess recovery of physical function.

Study investigators cited proof from statistical analysis that steps related to functional recovery. They reported that the median (most commonly reported) number of steps that patients took on postoperative day seven strongly correlated with their median score on the comprehensive complication index (15 out of 100). On this scale, patients and health care providers rated the patients’ postoperative complications and their individual severity. Higher scores represented more severe problems.

Patients reported on the Web surveys that pain and other symptoms only moderately interfered with activity after they left the hospital (score of 4.2 of 10). However, patients took a median of 1,247 steps on day seven, which was only 19 percent of their median preoperative daily steps.

Postoperative steps were “much lower than expected,” said the study’s presenting author, Sinziana Dumitra, MD, a surgical oncology fellow at City of Hope.

This finding reinforced the research team’s belief that surgeons should routinely track patient-centered results, such as postoperative pain, anxiety, and ability to perform activities of daily living, she said.

Although much research has evaluated patient-centered outcomes, practicing surgeons do not routinely measure and act on these quality-of-care indicators, Dumitra says. Typically, after a surgical patient’s discharge from the hospital, the surgical team relies on a follow-up phone call and later the first follow-up visit to learn whether the patient is walking as instructed or experiencing any problems.

In contrast, the Web-based system that study participants used to rate their symptoms automatically triggers an immediate e-mail to a surgical team nurse when a patient inputs a score above a preset threshold, such as a pain score of at least 4 of 10.

“With our monitoring system, even before the first postoperative follow-up appointment, we have information about the patients’ recovery,” Dumitra notes. “We could use that information to call them and say, ‘You need to walk more,’ or to set them up with physical therapy.”

The researchers plan to further study their postoperative monitoring program using real-time data for individual patients. Sun says they are studying ways to efficiently package the data and send it real-time to both surgeons and patients to help with postoperative care and recovery.

“Perhaps we could even use the data from wireless monitoring to better prepare patients preoperatively for the stress of an operation,” Sun adds.