A hefty blow to the chest can have entirely opposite outcomes. While, for instance, some baseball players have died after being hit in the chest by a baseball, patients undergoing fatal cardiac tachyarrhythmias have been saved by an appropriately timed thump to the chest. Scientists know that such blows create rapid strains on heart tissue, but they still do not fully understand how the blows affect cardiac function. A collaborative effort initiated by cardiac electrophysiologists of the Department of Physiology at the University of Bern (Group Rohr) with the Soft Transducers Laboratory at EPFL has resulted in an experimental device that lets scientists subject bioengineered heart tissue to highly dynamic strain cycles and measure its electrophysiological response. Their work has just been published in Nature Communications.

The normal heartbeat is the result of an electro-mechanical coupling process. More specifically, electrical impulses generated by the cardiac pacemaker invade the entire heart and “order” the heart muscle to contract. With each contraction, blood is ejected from the heart thereby ensuring stable circulation.

“The coupling of electrical impulses to muscle contraction is essential, because that’s what makes our hearts beat at a regular pace,” says Matthias Imboden, a co-author of the study and EPFL post-doc who performed part of his research in the Department of Physiology of the University of Bern together with the doctoral student Etienne de Coulon. “The potentially fatal effects of blows to the chest are believed to be the result of rapid strains that adversely interfere with the transmission of electrical impulses thereby causing disruption of the heartbeat,” says Stephan Rohr who initiated the study and is a Professor of Physiology at the University of Bern. The same interactions are thought to underlie the rescue of patients in cardiac arrest by an appropriately timed thump to the chest. A systematic investigation of these apparently paradoxical effects of mechano-electrical interactions has been hampered in the past by the lack of experimental devices producing very rapid strains. “We did have methods for reproducing cellular strain, but they created the strain too slowly to truly replicate what happens during a blow,” says Stephan Rohr.

Replicating blow effects on the bench

The researchers’ experimental device can subject cardiac tissue to strain patterns that closely mimic realistic chest impacts. It consists of a stretchable, extremely thin silicone membrane with integrated gold and carbon electrodes. “The carbon electrodes create the strain in the cardiac tissue and the gold ones measure the cellular electrophysiological response,” says Herbert Shea, Head of the Soft Transducers Laboratory and a co-author of the study. The researchers tested their system with bioengineered strands of rat cardiac cells, which were placed on top of the electrodes and subjected to different strain patterns.

The device can generate cellular strains in the order of 10-12%, which is consistent with what occurs during a normal heartbeat. However, it generates that strain up to 100 times faster than what the heart encounters during normal function – just like what happens during a blow to the chest. The researchers’ device is motorless and is the only one to closely replicate the dynamics of blows to the chest while simultaneously permitting the measurement of strain effects on the electrophysiology of the cardiac tissue.

Findings that lead in new directions

Contrary to what other studies had concluded before, the researchers found that even very rapid strains had no effect on the propagation of electrical impulses. “That means that we need to look into other possible explanations of what exactly happens during a deadly blow to the chest,” says Rohr. He adds that the strain sensitive element in the heart may actually not be the contracting heart cell itself but adjacent connective tissue cells. The developed device is ideally suited to investigate this hypothesis and also lends itself to systematic studies of the effect of specific drugs or gene therapies having beneficial effects on mechano-electrical coupling in the heart. 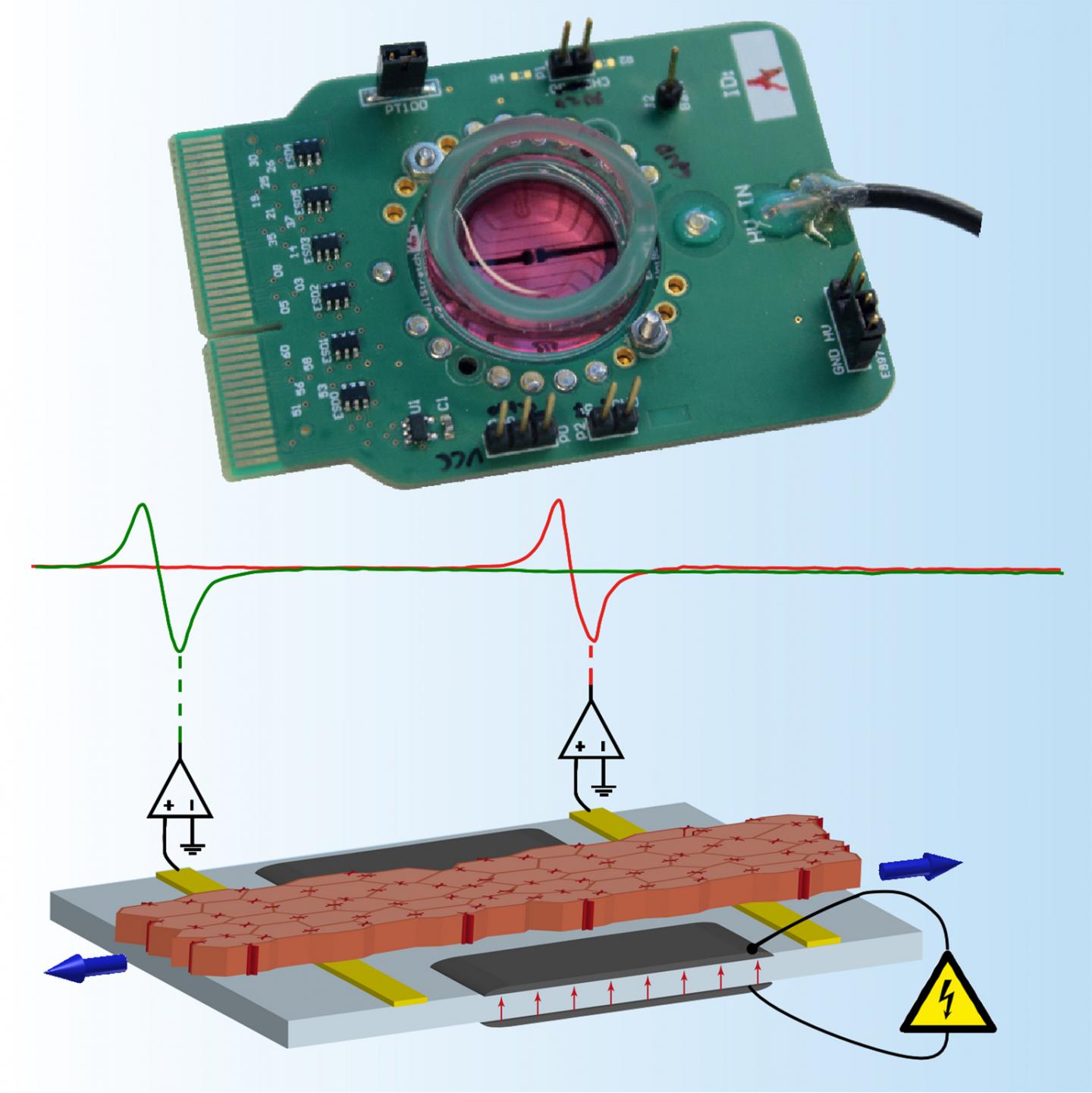