A Russian man who was killed in a drive-by shooting in Pittsburgh last month donated his organs — and the Army National Guard veteran who received his kidney gave an emotional thank-you to the man’s widow.

Anton Kemaev was on a travel visa touring around the United States, and was staying with friends in Pittsburgh when he was shot in the head December 19. The 35-year-old fitness trainer was in the passenger seat of a car, and police say neither he nor the driver was the intended target.

He was in critical condition for nine days before his December 28 death. His wife, Olga Kemaev, arrived from Siberia just in time to say goodbye. She decided to donate his organs, which would save the lives of four people.

Shortly thereafter, John Bond, of Apple Valley, Minnesota, got a call that there was a kidney ready for him. He and his wife, Erin, had 10 minutes to pack before they were taken to chartered flight to Pittsburgh, and Bond was in surgery within hours. 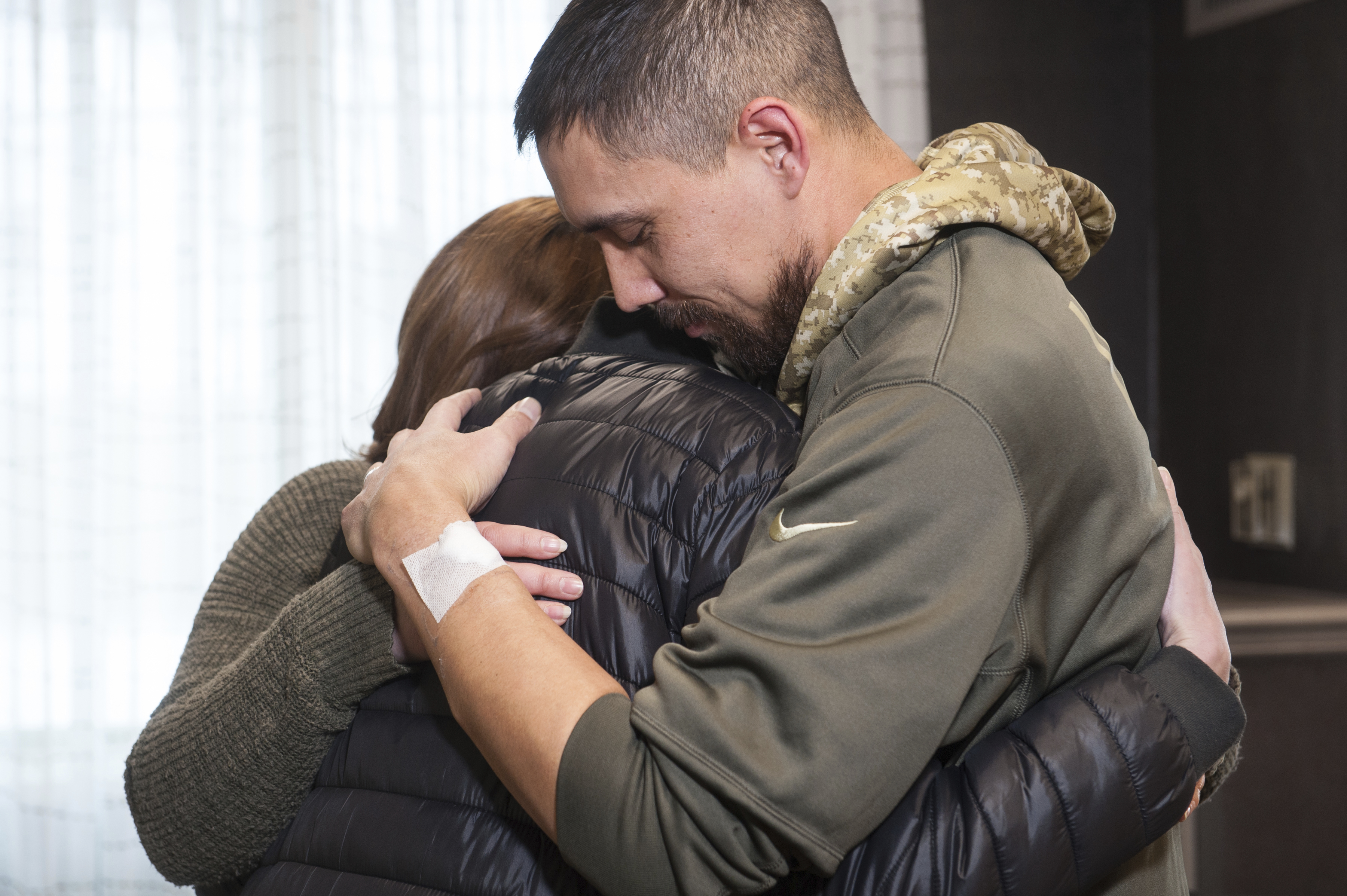 Erin Bond, back, 33, of Apple Valley, Minn., and her husband, John, right, 35, go in for a group hug with Olga Kemaeva, 34, the widow of Russian tourist Anton Kemaev, as they meet for the first time at the Residence Inn by Marriott on Thursday, Jan. 4, 2017, in North Oakland neighborhood of Pittsburgh. Mr. Bond believes he received Kemaev’s kidney in a transplant operation he is currently recovering from. His family found out the donor was a 35-year-old Russian who had died from a gunshot wound and Googled the information, finding Kemaev’s story in recent news. (Stephanie Strasburg/Pittsburgh Post-Gazette via AP)

Little by little, they were given information about the donor. At first, the Bonds learned that he’d been a young, healthy Russian man. A few days after that, they learned he had been shot to death. They searched on Google and discovered it had to be Anton Kemaev.

Kemaev had been set to return home this week, to be there to spend Russian Orthodox Christmas on Sunday with his family. Instead, his widow will return to their home later this week with his ashes.

On Thursday, Bond met with Kemaev’s wife at the hotel where he is recuperating.

“What do you say to someone who just lost her husband, whose kids just lost their father?” John Bond asked.

Amid hugs and translators he thanked her and told her she saved his life, and she said it was what her husband would have wanted.

“He will live on,” Erin Bond told Kemaev. “Thank you for choosing to donate.”

Shlyakhtim told the Pittsburgh Tribune-Review that was Anton’s last gift, to “make something good out of this nightmare.”