Surgeons well understand the importance of taking every precaution to minimize the possibility of complications during or after procedures. And yet sometimes the tools that create the proper surgical environment have the potential to lead to their own issues.

In hip arthroscopy procedures, one of the trickiest problems arose from one of the most necessary components of the surgery.

As a matter of course, every hip arthroscopy requires distraction of the hip in order to create space in which to operate. In the current standard of care, every distractor has some version of a boot into which the patient’s feet are locked and a perineal post between the legs providing counter-traction.

To a large degree — and very reasonably — the condition of the patient’s feet isn’t of primary concern to the surgeon, but many of the distractors in common use deliver between 50 and 150 pounds of traction force as they pull back.

From this course of care, pudendal nerve dysfunction in the groin has been well-documented and can last for weeks, months, or even years. This is a significant complication for an elective surgery.

According to Matt Moreau, vice president and general manager at Stryker’s Sports Medicine business, identifying the clinical need inspired a simple, important question: “Could you get adequate distraction and remove the post, thereby removing this major complication with hip arthroscopy?”

The Pivot Guardian system calls for placing the patient in the Trendelenburg position. The system then employs a friction pad and the patient’s weight to create the equivalent of a post for countertraction.

The relief not only lessens the physical stress on the patient, it frees the surgeon from feeling the need to beat the clock, finishing up before the pressure on the patient’s anatomy becomes an issue. 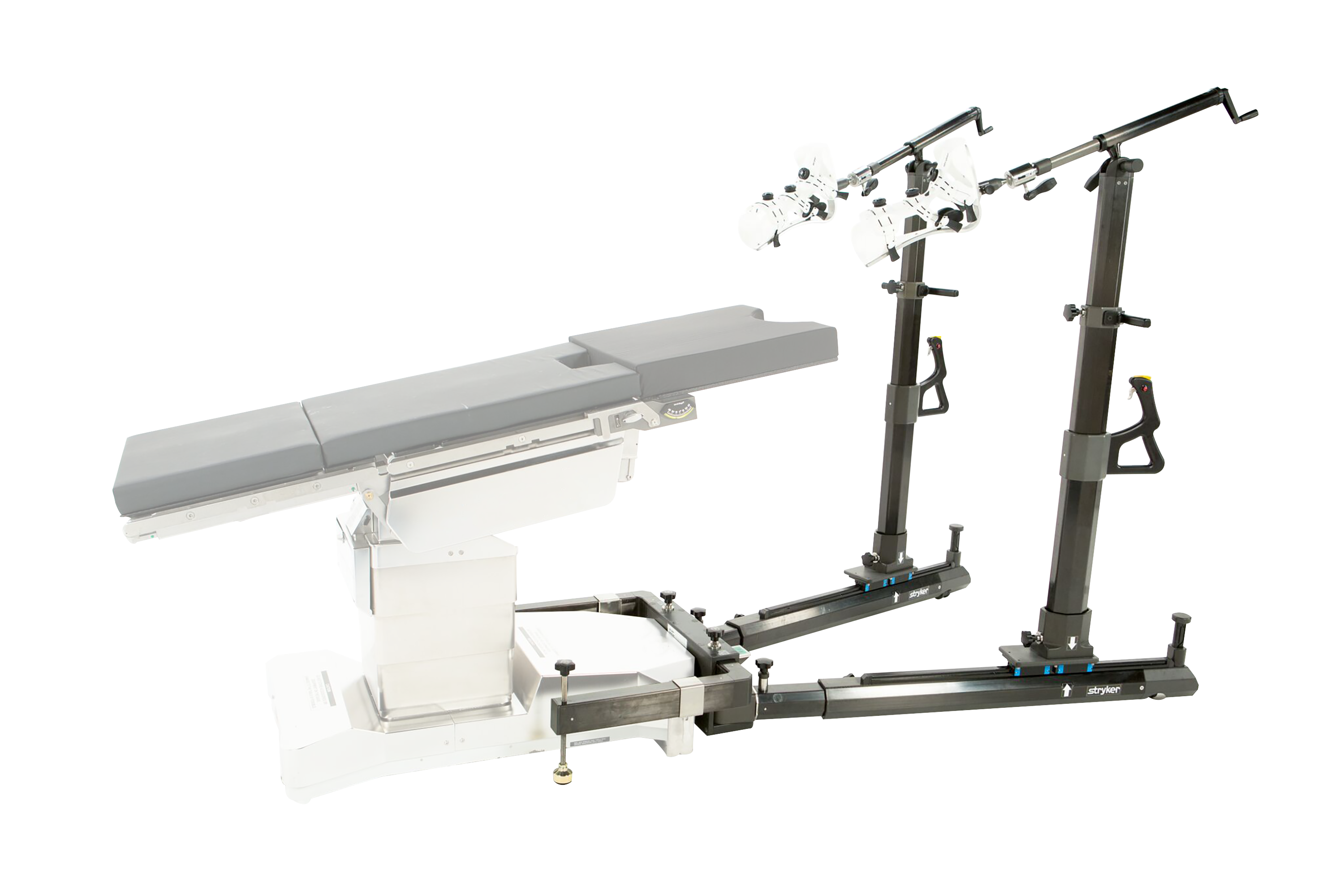 “The focus in development was to allow the surgeon to focus on the patient pathology in an already complex procedure and no longer worry about duration of surgery, peak force applied, orientation of the anatomy, or any other predispoisiton of the patient related to the post or boot” notes Moreau.

Since there’s no concern about the duration of traction, the Pivot Guardian further opens up the opportuntities for bilateral surgery.

The other key innovation is found in the boot. Stryker has developed a unique tensioning technology, so the boot on the Pivot Guardian uses devices that disperse the tension across the foot.

Although it’s a radical new method for securing the patient, the Pivot Guardian won’t require a similarly significant adjustment for the surgeon. Because the Pivot Guardian provides an increased range of motion and greater visibility for the surgical team, staff set-up might be impacted, but there are no other notable shifts.

“The approach isn’t drastically different,” Moreau says. “The goal during the development was to keep everything operatively the same while advancing the way distraction is performed.”

There have already been over 700 cases using the Pivot Guardian. Moreau says the feedback has been consistently strong.

The effectiveness of the solution is especially important because patients increasingly expect they’re going to be able to bounce back quickly from the procedure. As patient satisfaction weighs ever more heavily on arthroscopic surgery, debilitating complications are troublesome.

“One of most severe, challenging complications that can arise is nerve damage to the groin or total groin numbness,” says Moreau. “The patient demographic in hip arthroscopy is at times younger, so that complication becomes even more sensitive.”

And with the Pivot Guardian, the complication also becomes significantly less likely.