Thanks to the electrodes system a stable signal is obtained, which allows precise control like handling an egg without breaking. It also provides sensations as if it were a real hand.

The first prosthesis in the world that connects directly to the bone, nerves and muscles, allows the person to experience sensations, free mobility and is handled using the mind.

It was created by the Mexican Max Ortiz Catalan, who lives in Sweden, the device becomes an extension of the human body through osseointegration, this means that it connects directly to the bone via a titanium implant, and thanks to the neuronal and muscle binding interfaces a robust and intuitive control of the artificial hand is achieved, this way just by thinking about it is possible to move the limb. 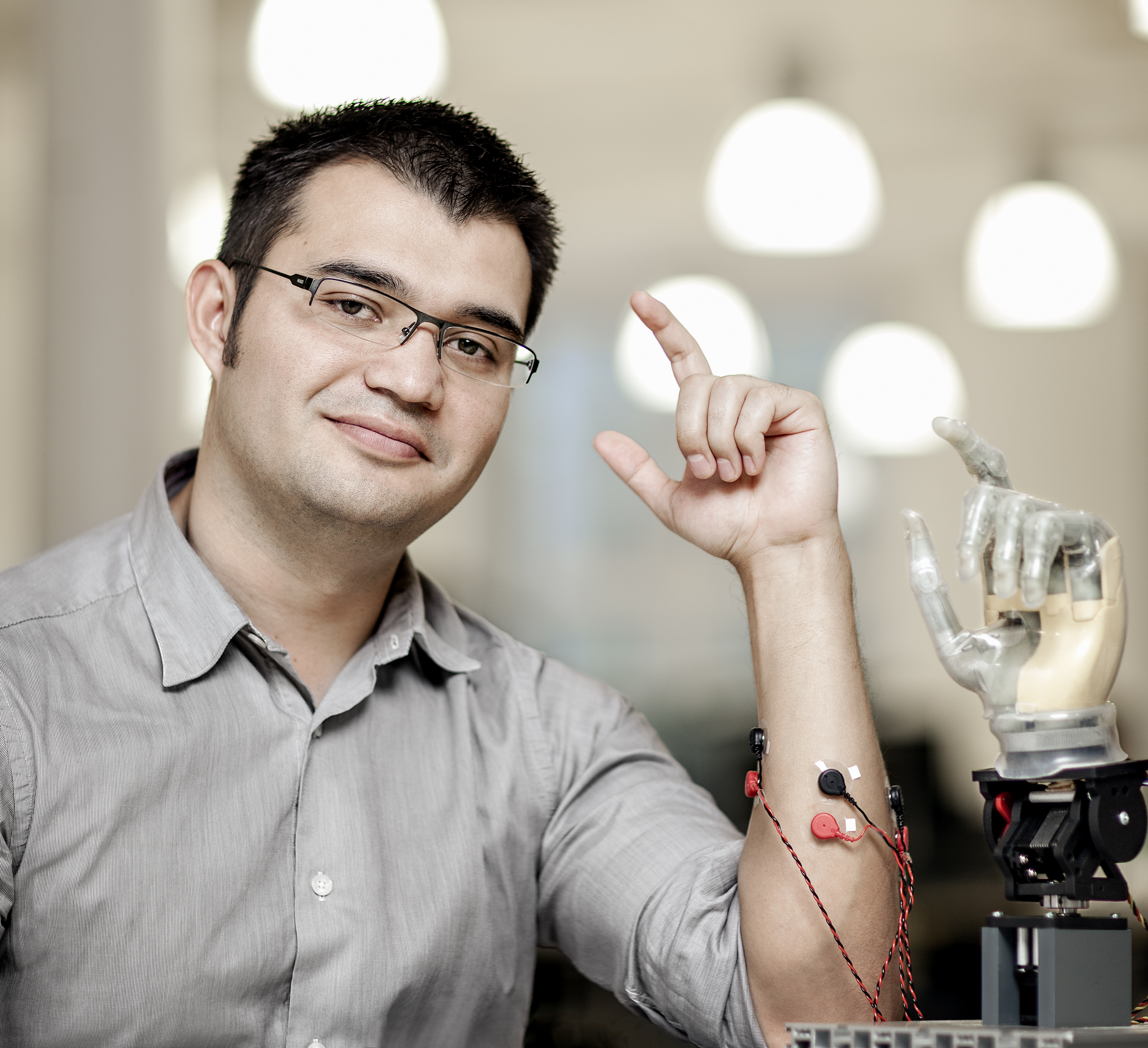 The Mexican graduated from the Tecnológico de Monterrey says that Magnus, a patient with an arm amputated above the elbow, is the first person to use technology and, since 2013, it has allowed him to develop a normal working life, return to his activity as operator of heavy machinery on the border between Sweden and Finland, as well as manipulate an egg without breaking it.

The doctor in biomedical engineering Ortiz Catalan explains that thanks to the electrodes that are connected in muscles and nerves stable signals that allow precise control, such that the patient handling a small and delicate items without breaking it or throw it obtained, also provides sensations as his own hand and is protected from interference such as sensors in retail stores.

The research was conducted at Chalmers Technological University in Gothenburg, Sweden, in collaboration with the Sahlgrenska University Hospital, and the implant company called Integrum AB, which works with bone anchoring prosthetics.

Setting Up
The device consists of two parts, an implant and a prosthesis, the first part requires surgery in which a titanium piece is placed into the bone and a control system that connect electrodes to the muscles and nerves is installed. 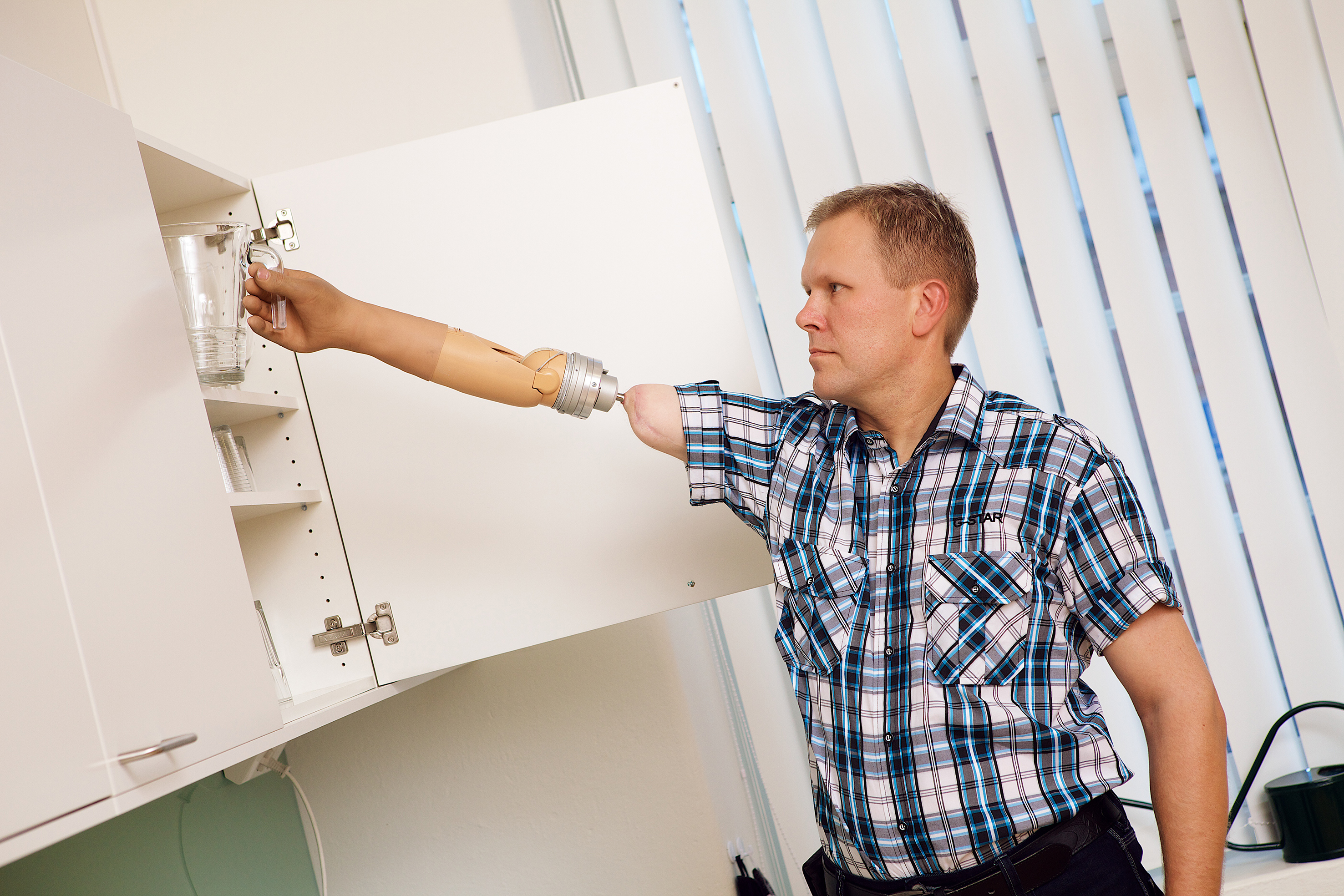 About 400 people worldwide already have a titanium implant, but only two count with the system of electrodes implanted in nerves and muscles. It is expected that this year more than ten patients receive the neural control system.

New Technology
Technology osseointegration puts an end to inflammation problems, chafing and discomfort that conventional prosthesis cause. “This one strongly presses the stump, it feels like having shoes half a size to small, which is not comfortable; however, by having a direct connection to the bone and not having any components that disturb the skin, the use increases considerably, as well as the quality of life “. 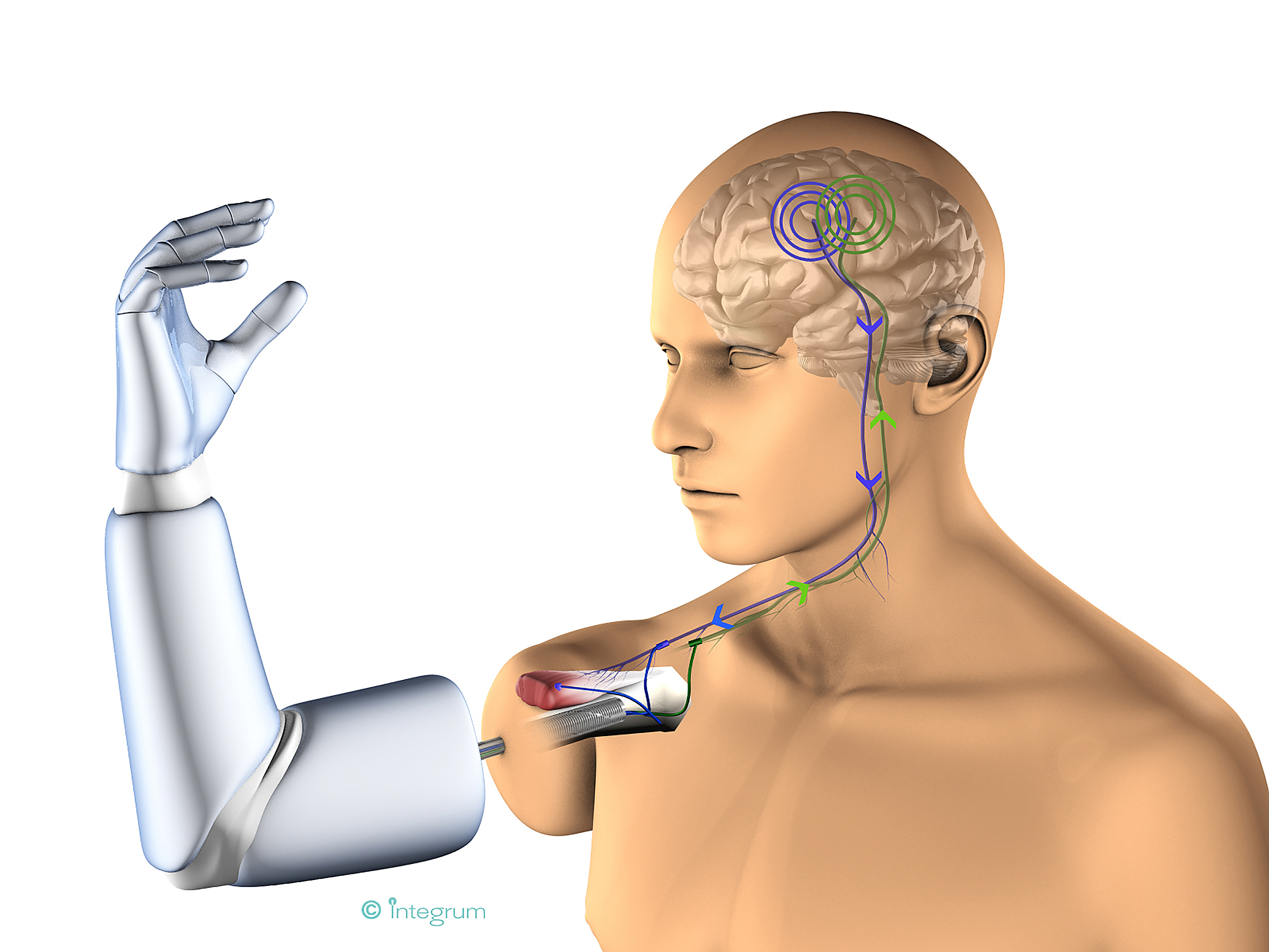 In addition, by having a titanium implant allows the bone to grow around it and bind between them, which would not happen with other materials such as stainless steel which generates a reaction of encapsulation and creates mechanical instability.

The titanium implant to anchor the prosthesis to the bone is only available in Europe, Australia, Chile and the United States, but agreements are being sought to develop it in Mexico.

“We aim to make technology that people can use in their daily activities, and we would like it to become a standard treatment for every amputation, thus prices would fall,” concludes Dr. Ortiz Catalan.