To minimize surgical trauma and improve the safety of current robotic surgery, an innovative project to develop a novel surgical robotic system (NSRS) with haptic (tactile) feedback and capable of single incision or natural orifice (incision-less) robotic surgery has been initiated by Professor Yeung Chung-Kwong (Prof Yeung), Honorary Clinical Professor, Department of Surgery, Li Ka Shing Faculty of Medicine, The University of Hong Kong (HKU). A team of experienced engineers led by Professor Yung Kai-Leung (Prof Yung), Professor and Associate Head of the Department of Industrial and Systems Engineering of The Hong Kong Polytechnic University (PolyU) was invited to develop the system as an engineering partner since 2012. Through applying Prof Yung’s expertise in making precision instrument in space, and with important input of expertise in robotic surgery from Prof Yeung, the team has made the breakthrough possible recently. A NSRS with surgical robotic arms that are driven by internal micro-motors and capable of up to 10 degrees of freedom in movement has been developed and successfully utilisedin three consecutive animal surgical experiments by Professor Law Wai-Lun (Prof Law), the Anthony and Anne Cheung Professor in Innovative and Minimally Invasive Surgery, Clinical Professor, Director of Surgical Skills Centre, Department of Surgery, and Associate Dean of Li Ka Shing Faculty of Medicine, HKU together with Prof Yeung. This innovative project is funded by NISI (HK) Limited (NISI), a company specializing in non-invasive surgical innovations, and supported by the Innovation and Technology Commission of the Hong Kong SAR Government. 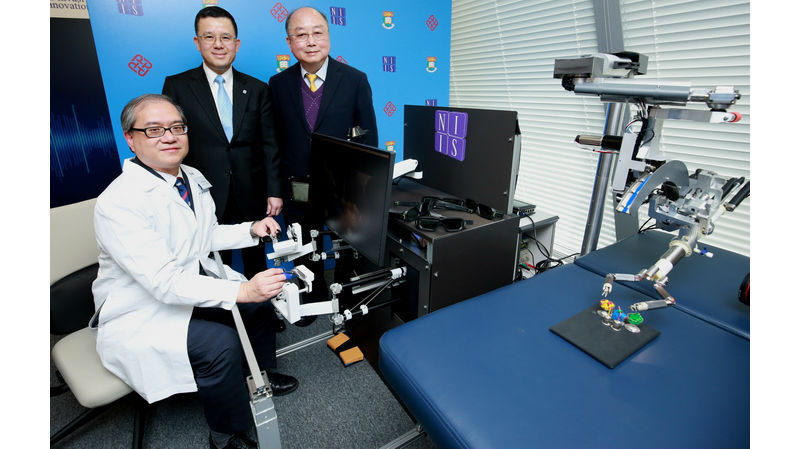 Currently there is only one dominant surgical robotic system on the market. The system is expensive and has many limitations, including the need for multiple incisions, lack of haptic (force or tactile sensation) feedback, and bulkiness. Furthermore, it is not designed for natural orifice (NOTES, or incision-less) robotic surgery. By contrast NSRS, the new robotic system, can be inserted through a single, small incision or even a natural orifice and expanded inside the human body to perform various surgical operations.

Compared with currently available surgical robots, which require multiple (3-6) abdominal incisions, NSRS has fully internally motorized surgical arms which can enter the human body through one tiny incision, or even a natural orifice, for various abdominal or pelvic surgical operations. Since the robotic arms are driven by custom-made micro-motors adjacent to the end-effectors, they can operate with high precision and provide a good sensation of the force applied (haptic feedback). NSRS is the first robotic system in the world with arms having in-vivo motors that are both small enough and able to generate sufficient force to perform various surgical operations inside the human body, paving the way for future non-invasive surgery. 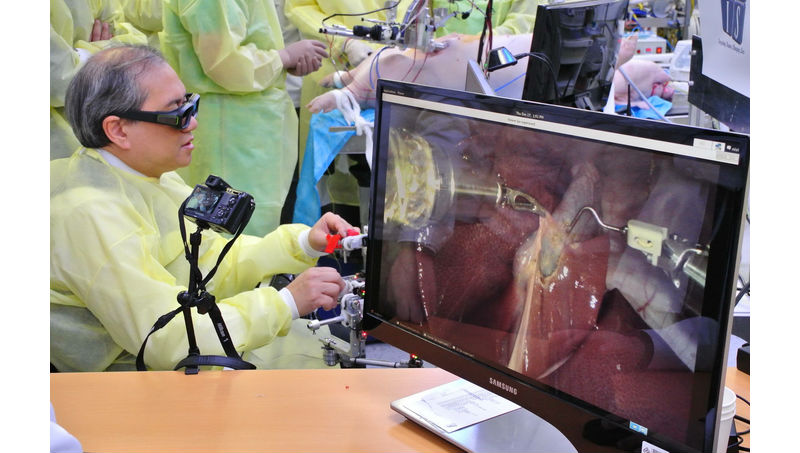 NSRS, the new robotic system, can be inserted through a single, small incision or even a natural orifice and expanded inside the human body to perform various surgical operations.

Three consecutive successful animal surgical experiments using the NSRS prototype were carried out at the Surgical Skills Centre, Department of Surgery, Li Ka Shing Faculty of Medicine, HKU since December 2015. In the most recent successful experiment conducted on 3 February, 2016, robotic cholecystectomy was successfully completed within one hour in a live pig with NSRS. “It is our belief that by integrating cutting-edge technologies with the surgical robotic platform we can make future robotic surgery much safer and less invasive, thus providing significantly better care for our patients”, said Prof Yeung.Prof Law added, “We will continue to test the new robotic system in animal and cadaver models for more complicated procedures, using a single-incision and natural orifice approach.Our objective is to apply this system to various robotic surgeries in human in the near future.” 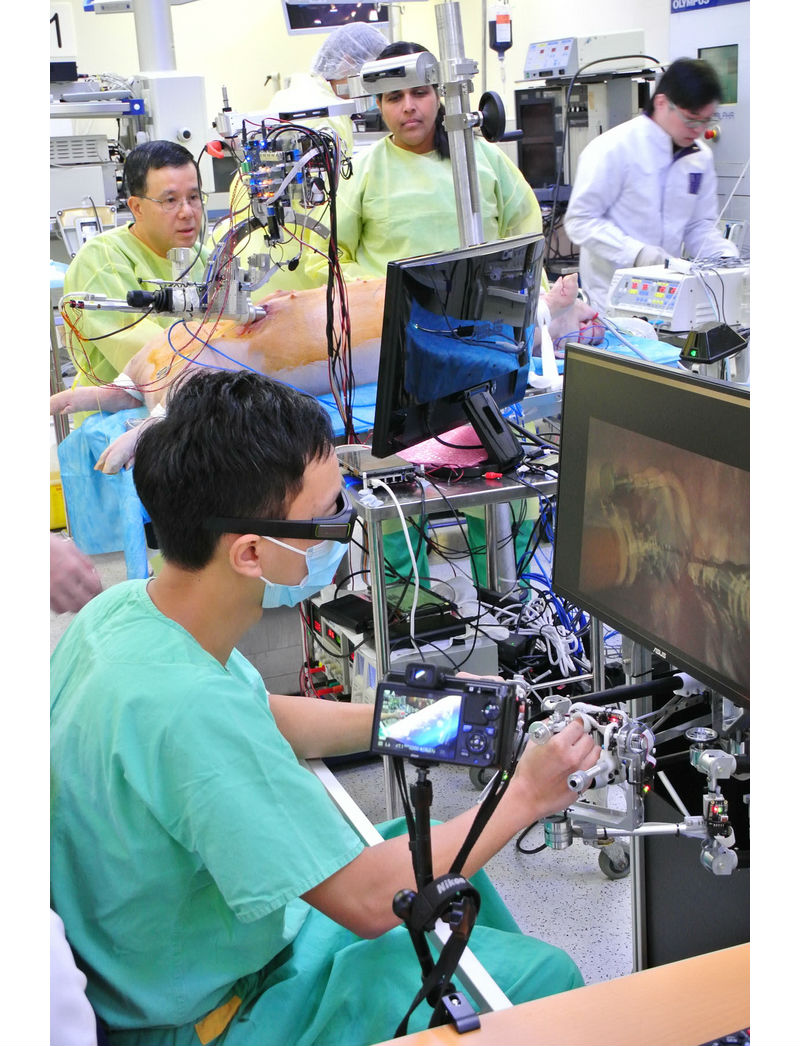 Prof Timothy W. Tong, President of PolyU said, “PolyU is well experienced in making innovative sophisticated instruments for different deep space exploration missions. Our multi-disciplinary approach of innovatively combining materials’ properties, design and mechatronics has led to the production of reduced size, light-weight and high precision instruments. The next challenge is the application of these space technologies for civilian purposes.” Prof Yung noted, “The development of NSRS is one obvious example of applying space technologies and we are delighted to note that this PolyU engineering innovation will help turn a new page in minimally invasive surgery, thus enhancing the well-being of patients.”